How Etsy reached over $1 billion in revenue 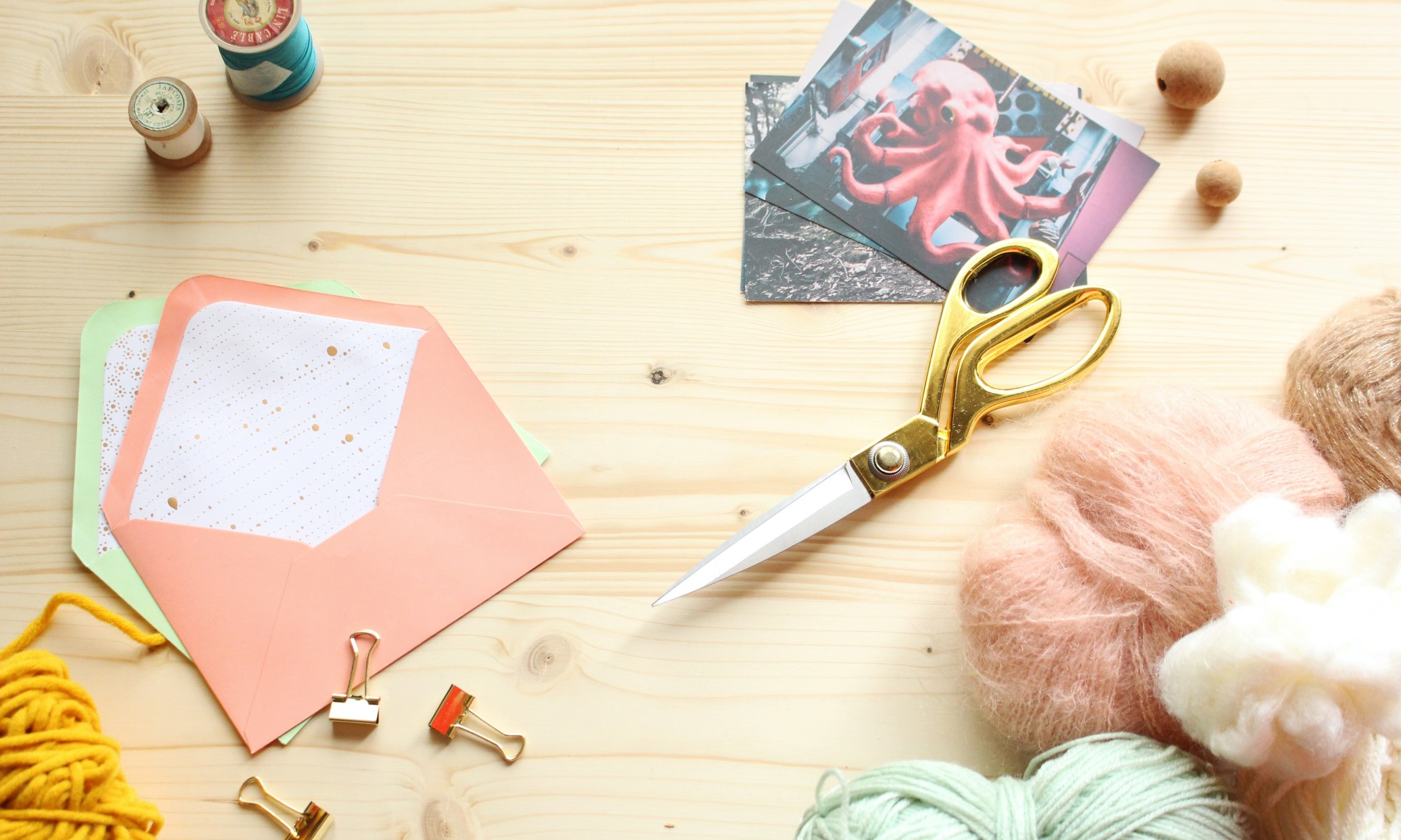 Etsy began as a small website for handmade goods, but has grown into a multi-billion dollar marketplace.

In 2020, Etsy breached the $1 billion revenue mark, generating $1.7 billion in revenue. A quick rise from its modest $74 million revenue in 2012. How did this handmade e-commerce become such a global phenomenon?

Etsy was founded by Robert Kalin in 2005 when he was just 20 years old. Etsy was the answer against big corporations, with Etsy metaphorically comparing itself to a group of tuna fish who would survive the ups and downs of the world wide web, the big tuna. But in order to rise up and give power back to the smaller fish, it needed funding.

At the dawn of 2008, it received a $27 million investment to professionalize its operations. The company had to optimize its online store in terms of hardware and hosting, create a better checkout to be able to compete with e-commerce giants like Amazon, expand its customer support and ensure its employees receive a competitive salary and benefits. In order to guide the growth strategy in the right direction, it welcomed investor Jim Breyer from Accel Partners to the board. Breyer had experience in investing in internet companies such as Facebook, where now held a seat at the board. He was also a member at Marvel and Walmart. He would bring in the necessary know-how and connections to help Etsy grow from a humble marketplace to a professional organization.

In 2008, a $100 million worth of goods were sold on the website, with the sales coming mostly from women who made 97% of its active users.

In 2009, Techcrunch spoke to Kalin about Etsy. The platform was already on the radar at Techcrunch since the beginning, as the crafting website was gaining momentum fast, raising $25 million in funding from notable investors such as the founders of Flicker and entrepreneur Joshua Schachter. In 2008, a $100 million worth of goods were sold on the website, with the sales coming mostly from women who made 97% of its active users. From the $100 million in revenue which is flowing through the system, Etsy takes a piece for itself. Kalin said the company has three main sources of income, a 20 cent listing fee, 3.5% sales fee and its Showcase advertising program.

It hasn’t all been smooth sailing for the e-commerce company. The marketplace was growing rapidly and so attracted the attention of resellers which had a different interpretation of the word ‘hand-made’. At the beginning of 2015, news came out that mass-produced items were sold on the platform, a violation of one of its core principles. This resulted in Etsy removing some of its sellers which had made a livelihood through the website. One of them being Tracy Robertson who moved her wares from her own site to Etsy. In a turn of events the website removed her listing, stating that the goods she sold were “factory made”.

This did not deter the company from going public. In April 2015, Etsy went IPO, entering the stock market with a $16 per share price. The launch was a massive success with the shares rising to $32 per share and the company generating $287 million, increasing the valuation to $3.5 billion. The company was not profitable, but it had been gaining momentum due high customer loyalty and word of mouth, according to the Verge. CNN commented that it remains to be seen how the handmade goods marketplace can grow without losing its niche proposition and fall into the mass production web shop it so eagerly tried not to be.

In November 2016, Josh Silverman joined the board of directors at Etsy. In the press release  Etsy, CEO Chad Dickerson said, “Josh brings a powerful blend of technology, consumer product, and e-commerce experience to Etsy’s board, making him a great addition.” Silverman had extensive know-how of mass consumer adoption and brand and marketing campaigns which fueled increased liquidity.

A little over a year later in May of 2017, Josh Silverman was promoted to CEO. The appointment was accompanied with Etsy announcing it had made an operating loss of $400,000. This signaled that the company had to look for ways to cut costs. To stabilize its cash position it had to fire 80 employees, marking its first big lay-off in its short history. Among the 80 unlucky members, Dickerson, who would make way for Josh Silverman. The appointment of Silverman was the climax of an activist investor who together with private equity firms started to buy up shares to gain a majority vote. This led to rumors about the company being sold off leaving the board in a tough spot, according to the New York Times.

The aggressive removal of Dickerson will leave a bad aftertaste with many employees at the humble start-up, but the company has been moving into overdrive to quickly boost its revenue ever since, which peaked to $88 million in the third quarter, whilst generating a $2.5 million loss. Despite its loss, the stock price rose by 50% six months after his appointment. Etsy has also been employing the necessary marketing effort to attract new customers and create brand awareness.

Etsy fires up the marketing engine

In 2014, Etsy launched its first TV campaign, putting 67 platform UK based sellers in the spotlight. The ads would run on Channel 4 London and Sky 1, airing for three weeks. The website feels it has become mature enough to expand its UK audience according to VP international at Etsy, Nicole Vanderbilt.

In 2016 Etsy launched its first global brand marketing campaign, called Difference Makes Us. In the campaign Etsy focuses on the uniqueness of its product catalogue, created by the individuals who are expressing their personalities through their designs. Etsy partnered up with New York-based Office of Baby to roll out the campaign on digital, video and social campaigns featuring everyday products created by the community. Alongside its marketing efforts to further strengthen its brand, it started acquiring companies to build its product portfolio and improve its technological capabilities.

In 2016, Etsy acquired Blackbird Technologies, who developed a machine learning technology to enhance search relevance and recommendations, according to a press release released by the marketplace. Through Blackbird’s software Etsy would be able to analyze user behavior to curate personalized search recommendations, improve search query interpretation, optimized image recognition and correct spelling errors. Not only will Etsy take-over the technology, but also welcome the employees of Blackbird. An important step to professionalize the internal development know-how at the start-up.

Three years later Etsy bought online musical instruments marketplace Reverb for $275 million in cash. Etsy noted that the music gear industry is known for its reselling, but would remain within the confines of local sellers. Reverb had created a marketplace through which music items could be sold and resold globally. In a statement Silverman, CEO at Etsy said that Reverb was a “strategic fit” which aligned with its mission to keep commerce human, labelling the marketplace as the Etsy of musical instruments with significant competitive advantages. Through Reverb, Etsy creates a new business vertical across many international markets such as Australia, France, Germany and the UK.

In May 2021, Etsy would partner up with influencers to attract new visitors to its marketplace, said its CEO, Josh Silverman to CNBC. Silverman said that the platform already had a thriving community of influencers who curated their own storefronts on the website, which proves the uniqueness and scarcity Etsy is able to deliver to customers. Silver backed its claims by stating that in the first quarter of 2021, it had 90 million active buyers, of which 8 million were ‘habitual’ buyers. Some loyal customers are able to reach an order value of $200 or more.

The following month, Etsy announced it would acquire fashion resale app Depop for $1.62 billion. Depop has a strong social media and messaging strategy through which it was able to attract younger audiences within the Generation Z demographic, a consumer segment that is hard to reach and retain. According to Etsy’s press release around 90% of its active users are under the age of 26. In the United States, Depop is the 10th most visited webshop among Gen Z consumers. Through the Depop community, Etsy wants to further reinforce its individualistic and creative values.

Robert Kalin created a unique online marketplace through Etsy where small business owners and hobbyists could sell their trinkets. For Kalin, Etsy was the answer to a changing online world, where mega corporations hoarded all profits towards themselves while the humble mom and pop shop would be destined to fail. Kalin was on to something, because the platform became an overnight sensation and it started to grow rapidly in just a few years.

This transition caught the interest of investors and soon Etsy was ready for change as the growth potential was more than Kalin could ever dream of. With the appointment of Silverman, Etsy began a rapid transformation, professionalizing its staff and acquiring strategic technologies and companies to expand its portfolio and global reach. The challenge for Etsy today is to grow sustainably, keeping its core values at heart.

Japan is one of the largest music markets in the world, but streaming service Spotify keeps struggling. Spotify had a global market share of 32% in...
Read More 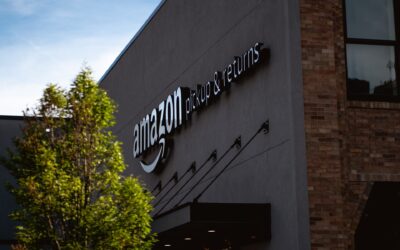 Amazon has become one of the biggest e-commerce stores in the world. How was it able to grow this... 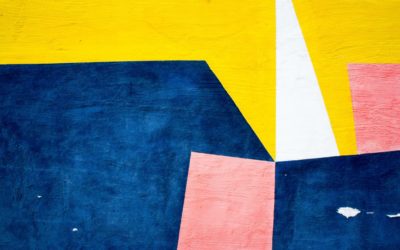 Why trust is the most important factor in online shopping

On this blog I’ve talked a lot about how to improve your e-commerce revenue, how reviews impact... 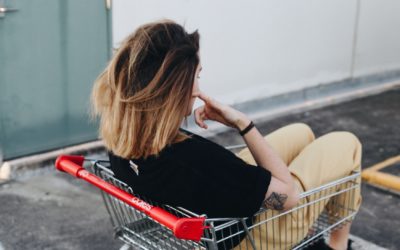 E-commerce websites, and B2B-companies who are catching up, use online reviews to generate more...