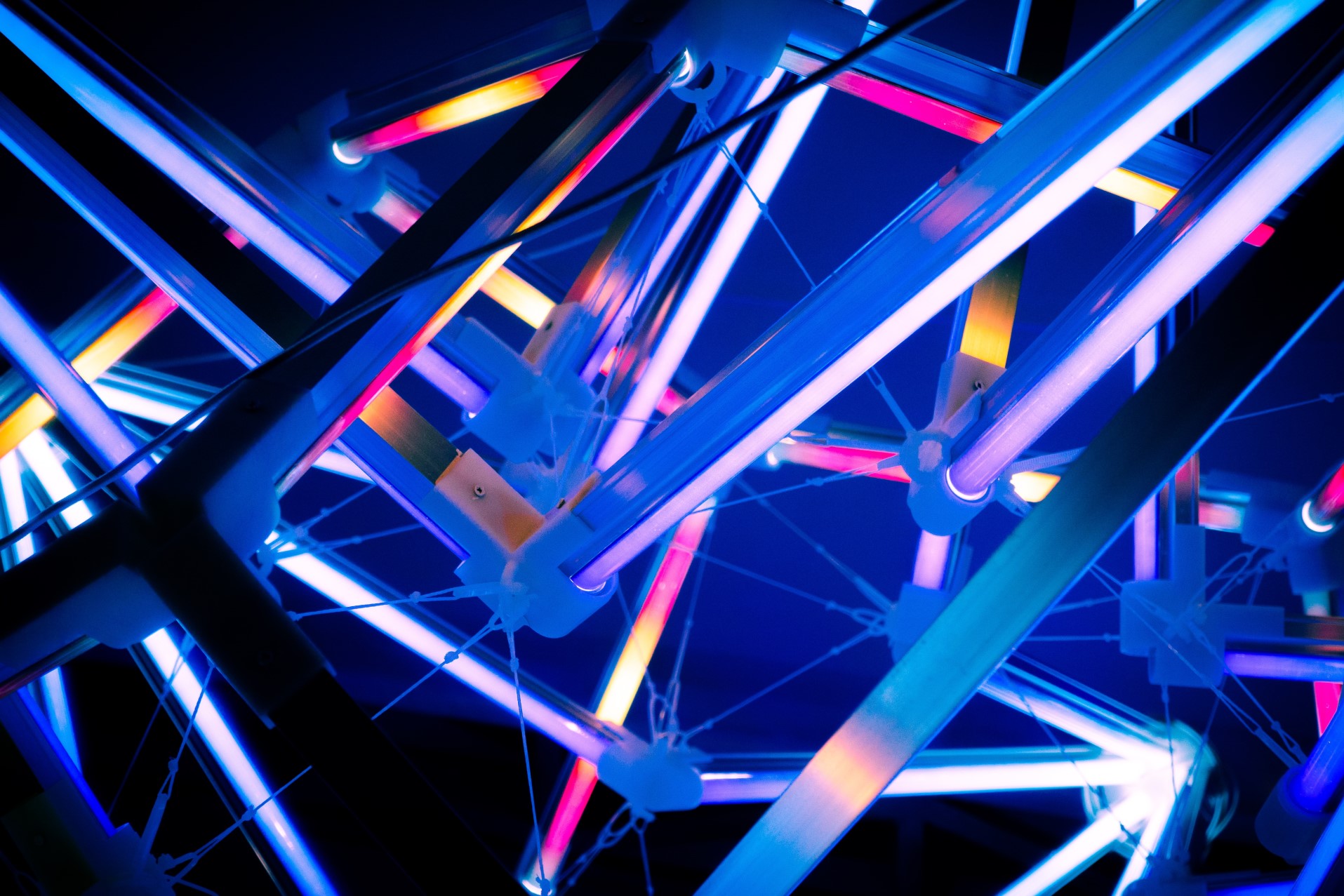 The live demo of Google Duplex gave a glimpse of a dystopian future we all know is coming. Or is it?

In an earlier article, I looked at the possibility of online marketing being automated. Today I want to take it a step further and use Google Duplex, the virtual assistant, as the metaphor for an upcoming change that might leave many people out of work.

I remember the presentation vividly. Google announced its Google Duplex project during its developer conference in May 2018. They showed how Google Assistant was able to perform tasks such as scheduled appointments at local restaurants.  It left me wondering, is this the end of an age-old industry and the beginning of an AI-powered future?

Is automation the end of humanity?

The worry that automation will take away jobs is nothing new and is being highly debated and discussed upon as we speak. Consultancy giant McKinsey predicts it will cut a lot of jobs over the coming 10 to 15 years, saying that jobs will need a different set of skills than we see today. In their findings, they’ve estimated that globally, about 75 million up to 375 million people will need to change industries and adapt new skills by 2030 to remain relevant in the changing job market. Susan Lund partner at MGI said, ‘There is a big question about will the workers today, given their existing skill sets, be qualified to get the jobs that will be there.’ Elaborating with, ‘In advanced economies, the impact of automation over the next ten to 15 years will very likely be higher. And that’s simply because of the wage structure. We make the reasonable assumption that companies don’t adopt automation technologies until the cost of buying them and deploying them at least equates to the cost of labor. In advanced economies, we see a much bigger turnover in future jobs.’

Ubisend, a conversational technology company, can give us insight into how artificial intelligence and chatbots slash into operating costs of different companies, which was also suggested by McKinsey. With their client Microchip Central, who’s chipping pets around the UK, Ubisend was able to reduce customer inquiries about purchasing, registering, and everything in between, by 22%. In another business case, their chatbot reduced the influx of unqualified applications by 73% at a medium-sized construction company.

Opinions about automated scanning of applications leave room for debate, but it reveals that the workforce necessary for these tasks can remain either small or can be shrunken down significantly. An HR-department can perform their tasks more efficiently and a pet chipping service can help customers through optimized chatbots, reducing their staff costs. If Ubisend’s technology can optimize workflows, then how should we interpret the reveal from tech powerhouse Google?

The announcement of Google Duplex could be interpreted in two ways, one being how convenient it can be for a lot of companies and the second as; is this the end of mankind as we know it? Because let’s be honest, the presentation was pretty impressive and scary at the same time. The Assistant was so adapted to human language, using filler words such as “hmm” and “uh”. That’s not computer language, that’s full-blown human language and you can fool anybody with it.

I wasn’t the only one thinking that. News media were quick to pick it up and spin it into a hit piece with matching headlines such as ABC with, “Listen to Google’s freaky new AI pass as a human who just wants a table” and at Android Authority “Google Assistant Duplex demo gets a bit creepy as its AI voice calls and speaks to real people”. Luckily Google came shortly after to confirm that Google Duplex would be identifying itself when making a phone call. Nonetheless, the project did give us a glimpse into sophisticated machine learning algorithms, who, by studying human language could mimic us and do menial tasks.

How does Google Duplex work?

The headlines sure make it sound scary when isolating them from the complete picture. We need to take a look at what lies at the core of Google Duplex before we try to label it as the next Skynet. The workings are clearly described in a blog post published by Google themselves which is a recommended read for those interested in the technology. I’ll give you a brief overview, so you can be able to place the technology into context.

A neural network helps computers to learn from past experience, through trial and error.

Duplex uses a recurrent neural network, which can break down sequences by maintaining past input, which makes it suitable for image and speech recognition. I know right, I already lost you there. A neural network? Recurring? Let’s first establish what such a network actually is. DeepAI describes a recurrent neural network as, ‘a type of neural network that contains loops, allowing information to be stored within the network. In short, Recurrent Neural Networks use their reasoning from previous experiences to inform the upcoming events.’ Further saying, ‘Recurrent Neural Networks can be thought of as a series of networks linked together. They often have a chain-like architecture, making them applicable for tasks such as speech recognition, language translation, etc.’ A neural network helps computers to learn from past experience, through trial and error. Much like a developing brain in an infant child. Learning to match shapes and objects. Classify and match objects to words. The more information the brain processes, the better it becomes in interpreting the world it operates in.

Google developed it on their TensorFlow Extended technology, using anonymized phone conversations to train Duplex. It also used the concatenative text to speech engines Tacotron and WaveNet to create natural sounds and intonations for different scenarios the assistant might encounter. In some instances, Google says it even skipped its own network to generate immediate responses to match the required intonation during the conversation.

The rise of chatbots

Google Duplex and in its current state Google Assistant, are an interesting piece of technology that might bridge the gap between human and machine interaction. A lot of menial tasks can be optimized through chatbots, who can be the first line of defense and help the customer at breakneck speeds.

But Google Duplex is just one part of the equation of fully automated customer service. Those of you responsible for streamlining the customer experience will undoubtedly have investigated the option of implementing a chatbot, to either be available more quickly to your customer outside office hours or take the load off the customer service center. There are many options available today, ranging from autoresponders on Facebook Messenger to full-fledged machine learning chatbots that learn from customer interactions to optimize their answers. All these technologies are spawning new industries where tech companies are aiming to outcompete each other in terms of the best performing and user-friendly chatbot. And for good reason.

The estimated value of the chatbot market was $ 2.6 billion in 2019 and is expected to grow to $ 9.4 billion in 2024 according to a report published by Markets and Markets.

The estimated value of the chatbot market was $ 2.6 billion in 2019 and is expected to grow to $ 9.4 billion in 2024 according to a report published by Markets and Markets. The research found that one of the drivers of the chatbot was the demand for 24/7 support from customers. Delivering 24/7 support is a very expensive endeavor that only the most affluent of companies can afford. Therefore chatbots will become a more valid alternative to the 24/7 digital economy that we’re creating. So should we be worried about Google Duplex, which I used as a catalyst for this post, to exemplify what is to come?

Chatbots have a long way to go

Google Duplex, or Assistant, is perfectly capable of ordering a pizza, reserving a hotel room, or checking one’s online order status. A chatbot will be able to easily complete those requests. They are simple and can be automated easily when the receiving end abides to certain code standards. Just look at your own website. You have a CMS, a URL, you use words, headings. All for the computer to detect your website and place it among search results. When the same rules apply for aiding an assistant in its task, the adoption for small errands can be quickly adopted.

From a customer experience point of view, it’s great to be available when no human is present for low-hanging fruit as mentioned before. Jobs that are at the frontline for these types of questions are the first to go. I dare to say that we can almost conclude that without government intervention, a lot of people will lose their jobs. But, there’s still hope, because where jobs disappear, jobs are created. Somebody will have to train the chatbot through inputs before it’s unleashed into the wild. And don’t forget the technical customer support where a skilled individual needs to examine a specific case. To solve these issues, we are still way behind in replacing employees with chatbots.

Everybody knows Walmart. But did you know they were the #1 company in the Fortune 500? Fans of the South Park cartoons will undoubtedly remember the...
Read More 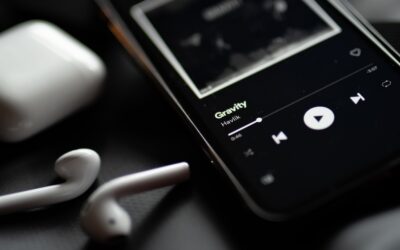 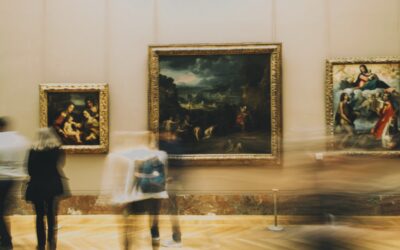 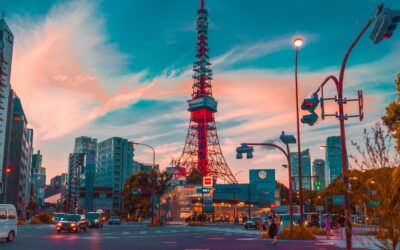