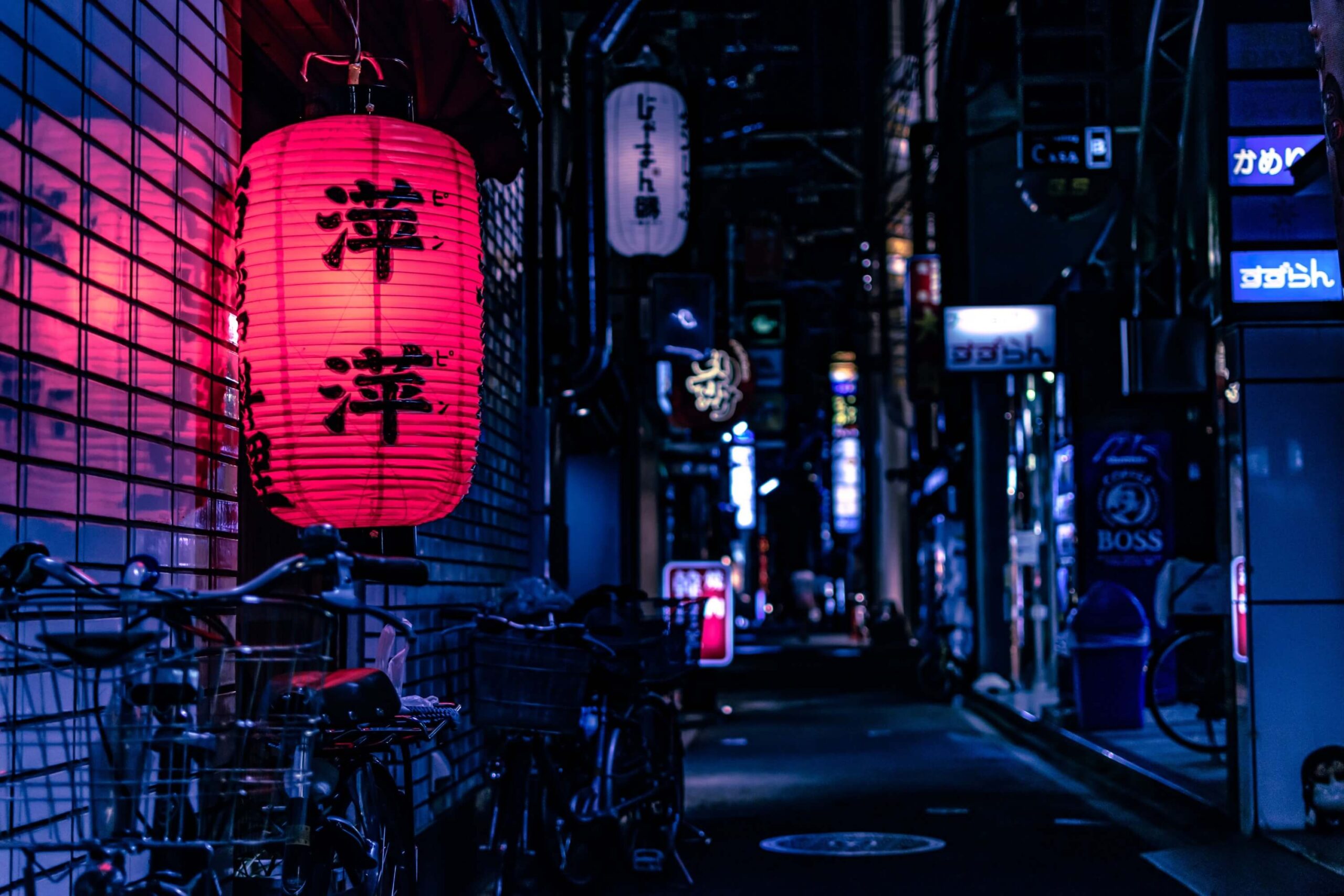 Japan was an entertainment powerhouse, but for few years, it is overshadowed by South Korea. Cool Japan has to restore it to its former glory.

The Japanese government must’ve looked jealousy at how the boy group BTS was being able to boost the South Korean  GDP by $4.7 billion, with Forbes even putting them on par with industry giant Samsung.

Japan is where South Korea was at the end of the late 1990s. A financial crisis hit the nation, leaving the country vulnerable. The government thought, ‘this no more’ and went into full gear in transforming its economy into a diverse growth engine. The new economy of South Korea would export culture through popular media productions. In 1998, President Kim Dae-jung began to redefine the entertainment industry within the country by lifting the ban on Japanese imports, a measure created as a counter to the Japanese colonization of the Korean peninsula. In 1999 the administration launched the Basic Law for Cultural Industry Promotion and granted the program a budget of $148.5 million.

The new economy of South Korea would export culture through popular media productions.

English was being integrated into the lyrics, adding western style influences from hip hop into the music and flashy choreography. K-drama has also been catching up abroad, attracting many fans around the globe who passionately follow their favorite shows. The major breakthrough for Korean pop music, which familiarized with the mainstream audiences, was Psy’s Gangnam Style. The South Korean exports are so successful they are finding their way into closed-off North Korea, where possession of foreign media is punishable by law.

The government, which has promoted South Korean celebrities over the decades is now redefining beauty standards, generating a boom for the cosmetics and skincare industry, which generated $2.64 billion dollars in 2015. Many layers of the economy have benefited from the increased popularity, sparking envy in neighboring countries.

The Japanese inner consumer market is also a problem for the Japanese entertainment industry. In April 2020, the Ministry of Internal Affairs and Communications noted an annual decline of the population for the ninth year in a row. When you’re walking through the streets of Tokyo, you might not even notice the problem. The population decreased by 0.22% a decrease of 276.000. In 2019 the working-age population, aka consumers, between the age of 15 and 64 years old was 75.1 million, accounting for 59.5% of the population. The lowest percentage since the government started tracking the statistic in 1950.

The term Cool Japan has been around for almost two decades already, first mentioned by American Journalist Douglas McGray in 2002.

The term Cool Japan has been around for almost two decades already, first mentioned by American Journalist Douglas McGray in 2002. Eight years later the Japanese government decided it was time to put words into action and established the Creative Industries Promotion Office as an extension of the Manufacturing Industries Bureau of the Ministry of Economy, Trade and Industry (METI), who just like in South Korea had the sole task of promoting entertainment products.

While manga and anime are popular abroad, according to the Japan Times published in 2012, the industry is fragmented, which results in not fully tapping into the potential of different franchises. Chief administrator of Creative Industries Division said to The Japan Times, ‘In many cases, such creative industries are represented by small and midsize firms that often lack the wherewithal or finances to run a global operation’. She mentioned Japanese fashion magazines that enjoy popularity in China, but the Chinese market is notoriously hard to enter. The lack of ease of access to Japanese goods, a byproduct of non-cooperation between different parties, will cause a rapid failure to obtain any meaningful market share.

Cool Japan has been experiencing a rocky start throughout the years, not in any way matching the global wave of South Korean entertainment. In an effort to boost the ‘Cool Japan’ effort the Abe Administration announced in 2018 it wanted to ease the permanent residence procedure for promising talent that would benefit the promotion of Japanese entertainment products overseas. A source said to the Japan Times, that it would ‘diversify; the talent pool within the industries.

A year later, Noah Smith, at the same magazine, observed that Japanese companies weren’t believing in their own products. Or at least being too humble. While anime was attracting large audiences abroad through Crunchyroll and original series through Netflix, driving popularity for the medium. Crunchyroll had a modest 0.1 million paying subscribers in September 2012, growing to 3 million in July 2020. So it seems like other entertainment industries are left behind. Or maybe not putting in the effort?

This may be for good reason, because Crunchyroll is owned by At&T, resulting in profits not flowing back to the homeland. As a result, Japanese companies remain focused on their domestic market which is a reliable source of income. But Noah observed the same as mentioned earlier in this very article, the consumer market is shrinking due to the changing demographics among the population. At some point, the domestic market will not be profitable enough to keep current companies afloat.

The traditional Japanese way of doing business is harming the versatility to operate abroad. Consulting firm McKinsey investigated why Western companies Volkswagen were outperforming traditional companies like Honda and Toyota in China, how Samsung was able to outgrow Sony and Panasonic in India. The problem has many aspects that prevent Japanese companies from benefiting from foreign consumers’ markets.

They noted that while Japanese companies are becoming aware of their decreasing market shares, they still lag behind in terms of productivity. McKinsey said about the low employee output, ‘Our conversations with senior executives suggest that Japanese managers are acutely aware that their headquarters are overstaffed, that employees focus more on work effort than on impact or outcomes, and that Japanese companies have hobbled efficiency by limiting outsourcing and offshoring to a handful of IT-related functions.’

The lacking ability to adapt to these changing consumer trends has led to agile Western companies breaking through into the digital ecosystem, which Japanese companies are unable to nudge. Japanese companies also seem unable to cater to the needs of emerging countries, as it specializes in delivering high-end products to advanced economies. McKinsey observed that despite being aware of the globalization challenge, they are unable to back it with the necessary storytelling to get employees on board.

Shiseido, a well-known cosmetics brand, is one of the better examples of adapting to the global consumer stage. The reenvisioned strategy was set out by Shinzo Maeda, who became CEO and made globalization one of its key objectives. Shiseido had to become a global player with its origins in Japan. Shinzo harmonized the brand image across focus regions such as China, Russia, and the United States. It trained its beauty consultants to ensure the brand is represented consistently globally. He appointed Carsten Fisher, a foreigner who would be leading the international division. This is an important move, as approaching external markets through Japanese business traditions and domestic experience is hard to translate into revenue.

The language barrier will also pose difficulties for Japanese companies, which seem inaccessible at first glance to attract foreign talent. McKinsey referred to the IMF who found that in 2009,  Japan had the lowest score in the world during a test of English as a foreign language. Only major brands like Uniqlo, Rakuten, Nissan, and Takeda stepped forward to push for incorporating the English language into their operations.

After reading the previous sections, you might wonder if Cool Japan, with all its drawbacks, is able to revive Japanese businesses abroad. But take into account that already in 2009, Toyota surpassed GM as the largest global car manufacturer, cranking out 8.97 million vehicles. And that’s just one of the large brands that Japan has up its arsenal to drive its economy. Japan is more popular than ever. Tourism hit a new record with 32 million visitors, 5 times the amount a decade ago. Companies like Shiseido have proven that it is possible to adapt for the global stage and some others are pushing to incorporate English into their daily operations.

Japanese companies have to transform into flexible organizations to compete on the international stage. If they cannot adjust in time, foreign brands will also capitalize on their internal market.

Jaguar Land Rover with iconic brands Jaguar and Land Rover has seen falling sales in recent years and seems to struggle to keep up.  In just...
Read More