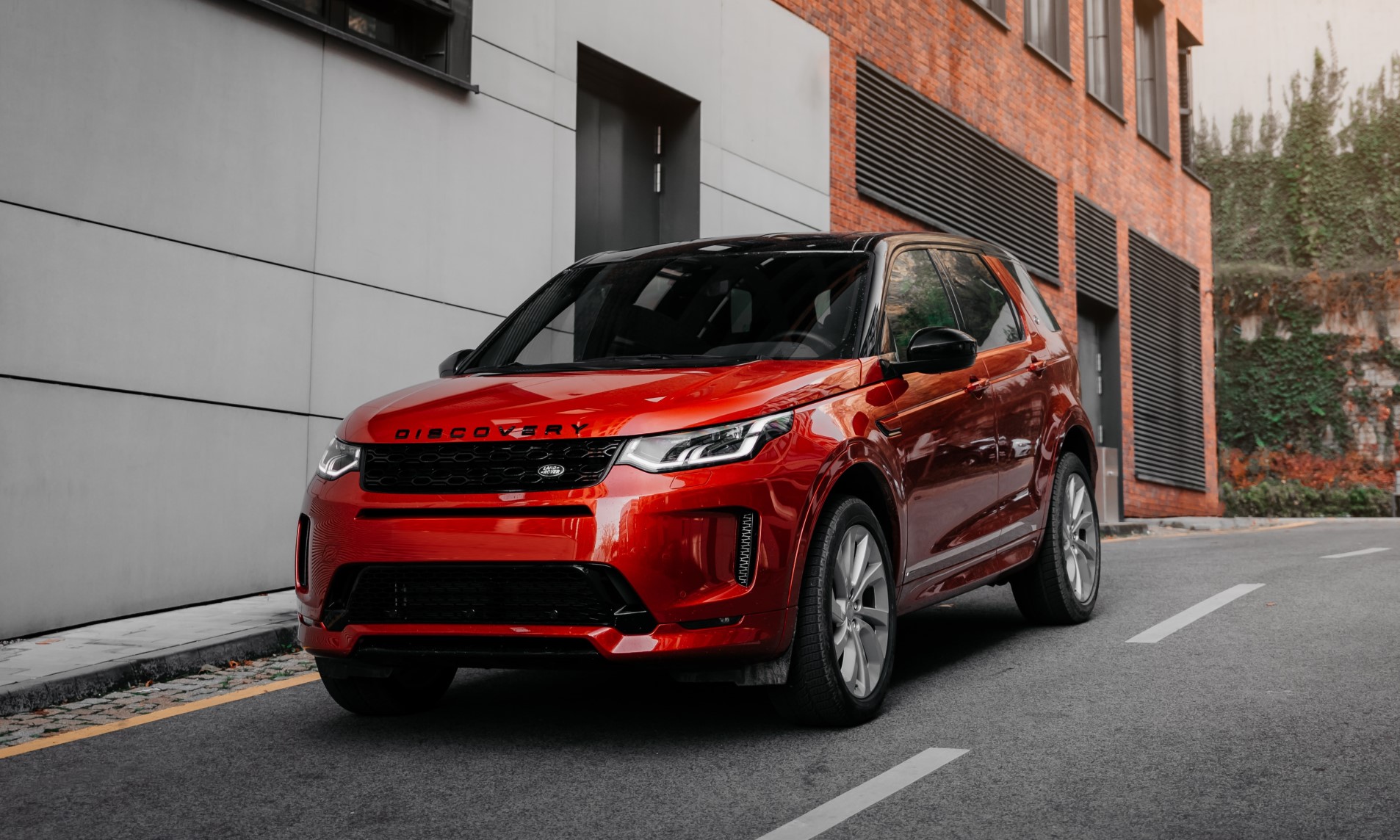 Jaguar Land Rover with iconic brands Jaguar and Land Rover has seen falling sales in recent years and seems to struggle to keep up.

In just two years, from 2019 to 2021, Jaguar Land Rover had amassed a loss of $6.5 billion after seeing modest profits in previous years. The result, a replacement of the CEO that created massive growth for the company after the acquisition by TATA. How did the company fall from its profitable pedestal to a loss making entity in such a short time frame?

Jaguar and Land Rover have been around for many decades and bring one of the most stylish and durable vehicles. The story of Jaguar begins in 1922, William Lyons established the Swallow Sidecar Company. A few years later Lyons came with his first car, the SS1. After that iconic vehicles followed each other up in rapid succession. Establishing Jaguar as a luxury car brand. In 1935 the company launched its breakthrough vehicle, the SS Jaguar.

Two years later the first four door was released by the manufacturer, the SS Jaguar 2.5 litre Sedan. The launch was a turning point and to mark this incredible feat, the SS would make way for Jaguar. In 1948, it came with the 133 mile per hour convertible, the XK120. Three years later the Jaguar C-type was born, a 25% lighter variant of the XK120. The C-type put Jaguar on the map, as it brought them 1st place at the 24 hours of Le Mans. Jaguar got an appetite for racing and in 1954, it released the D-type, with a unibody structure resembling a rocket on wheels. In 1961, one of the most iconic vehicles was born, the E-type with even the founder of Ferrari, Enzo Ferrari saying it was the most beautiful car ever made.

Land Rover started out as a sketch on Welsh Beach in 1947 and ever since has established itself as the manufacturer of durable and sturdy all terrain vehicles. After the second world war, with the economies of many allied countries crippled, the United Kingdom was looking to kickstart its export. The Rover Car Company had a massive factory and needed a product that would keep its business operational. In just 5 months, it had made the first prototype of the Land Rover.

In 1948 at the Amsterdam Motor Show, the Land Rover was a marvel of engineering, with strong and non-corroding panels and a transfer box which optimized the distribution of the engine’s power. The Land Rover was an all purpose vehicle like no other.  In 1970, Land Rover came with the Range Rover, a luxury vehicle which combined the off-roading capabilities of the Land Rover, but simultaneously offering comfort during daily driving.

In 2008, Tata Motors completed the all-cash $2.3 billion acquisition of Jaguar Land Rover from the Ford Motor Company. David Smith would remain the CEO at the manufacturer. The purchase was seen as a gamble as Ford was using the cash to stabilize its balance sheet in the light of the economic downturn. Meanwhile, at the time of acquisition sales of luxury vehicles started to fall and on top of the acquisition capital, Tata had inherited a $3 billion debt which needlessly increased the money it had to pour into JLR.

Four years later, the New York Times observed that Tata Motors saw rising sales across the world. Tata mostly left JLR to its own devices, keeping daily operations in the United Kingdom and it was able to cash in on the Evoque project started by Ford, with the car making its grand debut in 2010.

Its falling car sales directly impacted its sales revenue. In 2011, the car manufacturer had a modest $13.2 billion in revenue, increasing to $29.9 billion in 2015, and at its peak in 2018, reaching $34.7 billion. After the steady climb, its revenue started to fall, down to $26.6 billion in 2021. The revenue figures are still admirable, but the fall is steep and indicative of underlying issues that plagued the company after the successes from years prior. These problems fall into context when taking into account the losses the company was accumulating. From 2019 to 2021, the Jaguar Land Rover amassed a loss of $6.5 billion.

Shake up at C-level and Jaguar trying to reinvent itself

Jaguar Land Rover began running into trouble during the 2010s. Whilst its sales were growing, years into the leadership of Ralf Speth, who  was appointed CEO of Jaguar Land Rover in February 2010, who replaced David Smith. Smith didn’t reach the two year mark since the takeover by Tata Motors. Managing director of Automotive Industry Data in Leamington Spa, Peter Schmidt said to the Economic Times that the one running the company was in a precarious situation. The company had experienced a drop in sales of 22% in 2009 and therefore the replacement of the CEO didn’t come as a surprise to onlookers.

A year into Speth’s appointment, JLR was enjoying quite the revival with the company slowly generating profits. To the Independent Speth said that company had big ambitions for the future. The company has become more internationally oriented, with over 75% of its vehicles being exported with plans to expand in emerging markets. To strengthen its export goals, the manufacturer started opening up facilities in these strategic regions. In 2012, the company announced its first manufacturing joint venture worth $1.3 billion in China with car maker Chery. Together they would begin building a factory near Shanghai. JLR would benefit from being present in one of the fastest growing economies, with a rapidly expanding premium car segment. Two years after the opening of its Shanghai plant, the company opened a factory in Brazil in 2016, an investment totaling around $325 million. The opening of the facility marked the first UK automotive facility in Latin America. The rapid expansion might look good on paper, but it also adds a lot of additional costs to the balance sheet.

Quickly after the rapid expansion across the globe, the economic climate was changing rapidly. Especially for businesses in the United Kingdom, when after a referendum held in 2016 , it was decided that the country would leave the European Union. Two years later the uncertainty around whether an economic consensus could be reached sparked left business unprepared, with some taking drastic measures.

In 2018, the manufacturer announced it would cut 1,000 jobs in the United Kingdom in response to the uncertainty of the economic impact of Brexit. In the first month of 2019, JLR announced it would be cutting 4,500 jobs in the United Kingdom to bring down costs. The job cuts represented about 10% of the total 43,000 strong workforce. In September it shut down operations in its British factories in fear of a no-deal Brexit. In November, in an attempt which looked like the company had nowhere left to turn, it invested in its earlier success, the Evoque, where it announced it would invest another $1.3 billion in an effort to “support its production” and prepare the vehicle for electrification and hybrid technologies becoming available from 2020 onwards.

All the cost cutting measures were a response to increasingly more difficult business operations at Jaguar Land Rover. It saw declining sales in China and Brexit fueling the economic unrest. The British automaker had entered a time of great uncertainty with the automotive press curious how it would manoeuvre itself to better days. In 2019, Autocar spoke to Ralf Speth about the future of Jaguar Land Rover. Speth noted that the company accumulated great losses because its lenders and insurers didn’t allow the spreading of costs, which its competitors could benefit from. But JLR was working on a strategic shift, which he called Accelerate, which would help the company reduce its time to market, optimize customer communications and improve data analytics. Speth didn’t elaborate further on how the automarket would develop, believing that diesel and patrol will still be around for a long time. JLR was still developing centralized operations for a mixture of drivetrains. The delayed turnaround for JLR is a result of the modest scale of the company when compared to industry rivals like Volkswagen, who have greater benefits from larger economies of scale. Speth was fairly convinced that he could steer JLR towards a more agile operating entity, with strong pride in the brand’s heritage.

Whilst his words seem hopeful, it won’t come as a surprise that the strong belief in combustion engines didn’t sit well with the board. In January 2020, the company announced that current CEO, Ralf Speth would step down, leaving the firm in September. On the faithful day, Thierry Bolloré was appointed as CEO of Jaguar Land Rover. Bolloré came from the Renault Groupe and had rich experience in the automotive industry. He had to lead the company on a more durable path to the future.

In May 2020, Jaguar Land Rover had a loss of £1.16 billion, partially fueled by the strategic recalibration set out by its CEO, which required £1.5 billion. In November 2021, Bollore announced that it would phase out its current models, apart from the electric i-Pace and not launch any new models up to 2025. The company wants to have an all-electric line-up by 2025 built on its own EV-platform. The news sent shock waves through the automotive press.

Shortly after the announcement, the company made a quarterly loss of $413 million dollars. The losses were generated as it was not able to deliver on orders due to chip shortages. It had 160,000 vehicles it still had to deliver, whilst inventory at dealers decreased to 20,000 and the company had 28,000 vehicles on hand. This was the lowest dealer inventory in many years according to Chief Financial Officer Adrian Mardell.

The brands have a rich history in racing, off-roading and luxury and put Britain on the map as a worthy competitor in the automotive industry, but its size and its relentless belief that fossil fuels would remain far into the distant future, have left the company struggling to keep up with its competitors.

The turn-around with Tata is remarkable, especially as economies around the world contracted. JLR knew where money was to be made. It opened factories in emerging economies, which benefited from lower wages and a rising upper class who were ready to spend. But, all those investments resulted in an accumulated debt that cannot be repaid with the current line-up. The manufacturer poured billions in luxury vehicles and engine configurations for a by-gone era, whilst its competitors were gearing up their EV production. It therefore came as no surprise that Speth had to make way for a CEO ready to take the company to a new era, leaving its relentless belief in fuel combustion engines behind.

The rise of Louis Vuitton

Louis Vuitton is one of the most iconic luxury brands today with its instantly recognizable logo. How did it become such an enviable brand across...
Read More