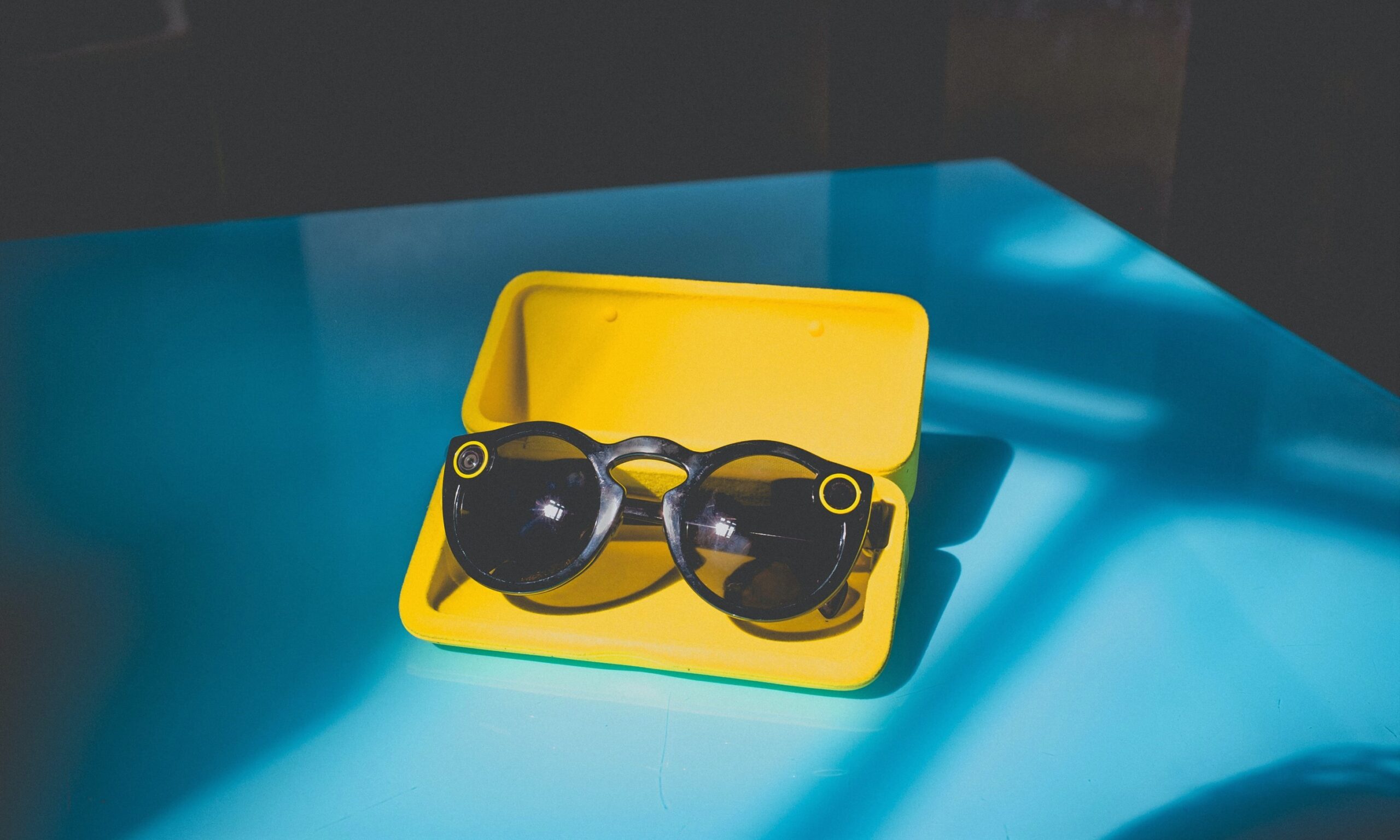 Snapchat has seen a rise in popularity in recent years, but can it survive the mighty force of Facebook?

The social media landscape has been a wild west. Many platforms were competing for their spot. Trying to hook as many users as possible to their website. As the internet was maturing and the storm was settling down, a near-monopoly had emerged. Facebook dominates the social media landscape, outcompeting even Google who threw in the towel after failing with Google Plus. MySpace attempted to become relevant, but also that was to no avail. Yes, this one platform keeps treading along, showing no signs of stopping. But can Snapchat give Facebook a run for its money?

As with a lot of startup stories, a group of enthusiastic students set out to change the world. The same goes for Snapchat. One day three students came together who wanted to create a social media platform where photos and videos would automatically disappear after a certain time. Reggie Brown approached co-founder Evan Spiegel with his idea, convinced this would be the next big thing. Together they set out to write the code and in 2011 launched Picaboo, eventually becoming the spiritual predecessor to Snapchat.

In 2013 Business Insider noted the appeal of the platform is the lack of a digital track record. Posts disappear automatically from the public eye, whereas one bad tweet or goofy photo post on Facebook, can be an instant reputation disaster. For the sake of the story, we’ll glance over the fact that Snapchat stores pictures on their server for 30 days.

Two years after its IPO, Snapchat was still losing money.

Spiegel made no secret he found Facebook an uncomfortable phenomenon. Hoarding data to an extent that it knows your every move. Snapchat works differently, as it doesn’t require you to fill out your whole life’s story and won’t track you whilst browsing the web. Snapchat doesn’t pretend to be an alternative to Facebook or Twitter. It’s in its own niche. As CNBC put it, ‘ It’s not a social site, it’s a communication app with a large dose of entertainment on the side.’

After its surge in new users, the company found the time was right to go public. Snap Inc. announced its price for its IPO in 2017, which would start at $17 per share with 200 million being available. The stock rose 41% on its first day to $24, but four months in it fell to $16.77. Yahoo Finance said that ‘There are also doubts about Snapchat’s ability to grow and attract advertising dollars as fast as investors had hoped.’ Snapchat also faced delays in releasing a more advertiser-friendly platform, which resulted in project earnings.

Two years after its IPO, Snapchat was still losing money. Snap Inc. lost $241 million dollars, whilst generating a revenue of $560.8 million. This despite the platform reaching 218 million daily active users, a 17% year-over-year growth it was unable to turn a profit.

Snapchat kept adding features ever since, to further monetize parts of its platform and keep the app relevant to its user base, preventing them from branching out to other apps. Snapchat launched the scanning of food and wine labels in October 2020, enhancing its visual search functionality. The feature is nothing new as many apps like Vivino and dieting apps offer the same option. Scan label, get information on pricing and nutritional values. This latest feature builds on earlier integrations in the app like Shazam (2016) and Amazon (2018).

It’s important to note that Snapchat is not only facing tough competition from other app categories, but also from rival apps like TikTok, which is also eating away market share from the dominant social media platforms altogether. In an attempt to curb this trend Snapchat is going to compensate users for viral videos. In November 2020, Snapchat announced it would pay $1 million per day up to the end of the year for Spotlight featured videos. The platform needs to go all out to keep its users engaged and on the service. Unsurprisingly, Spiegel said to the BBC that the United States was now competing in a global arena, where it has to compete with forces like China.

Still, Snapchat’s revenue was a pocket change when stacking it up against Facebook’s. In Q1 2015, Facebook’s advertising revenue was still a ‘modest’ $3.3 billion and within the span of just 5 years increasing to $17.4 billion. Still, Facebook wasn’t feeling comfortable around this up-and-coming social media platform.

Mark Zuckerberg is known for his monopolistic ways to keep Facebook on top of the world. Seeing emerging platforms as a direct threat to Facebook’s existence. And in some way, he might be right, as many social media platforms have come and gone ever since. In an FTC complaint against Facebook, they revealed that Zuckerberg wrote in an email in 2018, ‘It is better to buy than compete’. Six years earlier he told the Instagram founder, that the platform, ‘could be very disruptive to us.’ The same was said about WhatsApp in 2013, also posing an existential threat to Facebook. So it comes as no surprise that Zuckerberg looked in Snapchat’s direction. But it didn’t go as planned.

Snapchat turned down a $3 billion all-cash offer from Facebook, triple the amount of the first offer.

Snapchat turned down a $3 billion all-cash offer from Facebook, triple the amount of the first offer. J.J, Colao from Forbes called Snapchat, ‘the greatest existential threat yet to the Facebook juggernaut.’  And rightfully so, because Snapchat was attracting a way more lucrative demographic, teenagers. Snapchat users have a median age of 18 and Facebook has a user group that is twice the age, almost 40 years old. For advertisers, there’s no harder-to-reach group than the teen demographic. As Facebook saw them disappear to a rivaling platform, the trend may be the catalyst for permanent change. But Facebook doesn’t take no for an answer. And so it began its strategy to compete Snapchat out of existence.

Zuckerberg started his attack on Snapchat in 2016 when it launched Instagram Stories. A photo-sharing feature where photos and videos are deleted after 24 hours. Users are able to upload photos and up to 10-second videos. According to The Verge, Instagram saw that its users became reluctant to post photos as the platform became filled with glamour shots of popular members posting their perfect lives. This drove appeal to platforms like Snapchat, which had a lower barrier to entry for users to post pictures, and thus improving engagement. Instagram had to look for ways to distract users from capitulating to its rival.

A year later they launched Facebook Stories, where pictures and videos automatically disappear after 24 hours. Just like Instagram Stories. One might wonder why the platform launched stories on Facebook whilst also having the same feature on its photo-sharing app, Instagram. To Techcrunch, they said, ‘Facebook has long been the place to share with friends and family, but the way that people share is changing in significant ways. The way people share today is different to five or even two years ago — it’s much more visual, with more photos and videos than ever before.’

But Facebook is more than just trying to outcompete Snapchat. It’s also looking for more ways to generate ad revenue. Introducing such features will help it become more resilient against outside threats and enable them to keep investing in new products. Or acquire them. Or copy them, if plans A and B fail. In 2017, a year after the release of Stories, Facebook announced it would enable advertising on Instagram Stories. The platform would start testing with brands like Louis Vuitton, L’Oreal, and Adidas. Stories proved to be an instant hit with high engagement and it seems like Facebook had curbed the threat ball.

Competition from all sides

Snapchat might not consider itself as a competitor to Facebook or Twitter, but the other platforms sure think otherwise. Facebook couldn’t buy Snapchat when it handed a bucket load of cash. In hindsight, you might consider this a bold move. David standing up to Goliath. But it sure didn’t help them into profitability and Zuckerburg didn’t take no for an answer. They went all in to destroy Snapchat, creating carbon copies of Snapchat’s core selling points. Using its massive reach to hook users on its new Stories feature and monetizing it with ads.

You can say what you want about Facebook, but it sure knows how to turn a profit and stay on top of the game. Snapchat was a bump in the road for them. And Spiegel might consider himself a visionary, but with the latest additions into visual search, they are on the emulating side this time around. Looking for new ways to turn a profit. For now, the odds are stacked against them and their downfall might not even come from their biggest rival.

Frozen became one of Disney’s most successful franchises with Frozen II alone generating over $1 billion in revenue. How did this franchise become...
Read More