How Casper became a blimp in the Bed industry 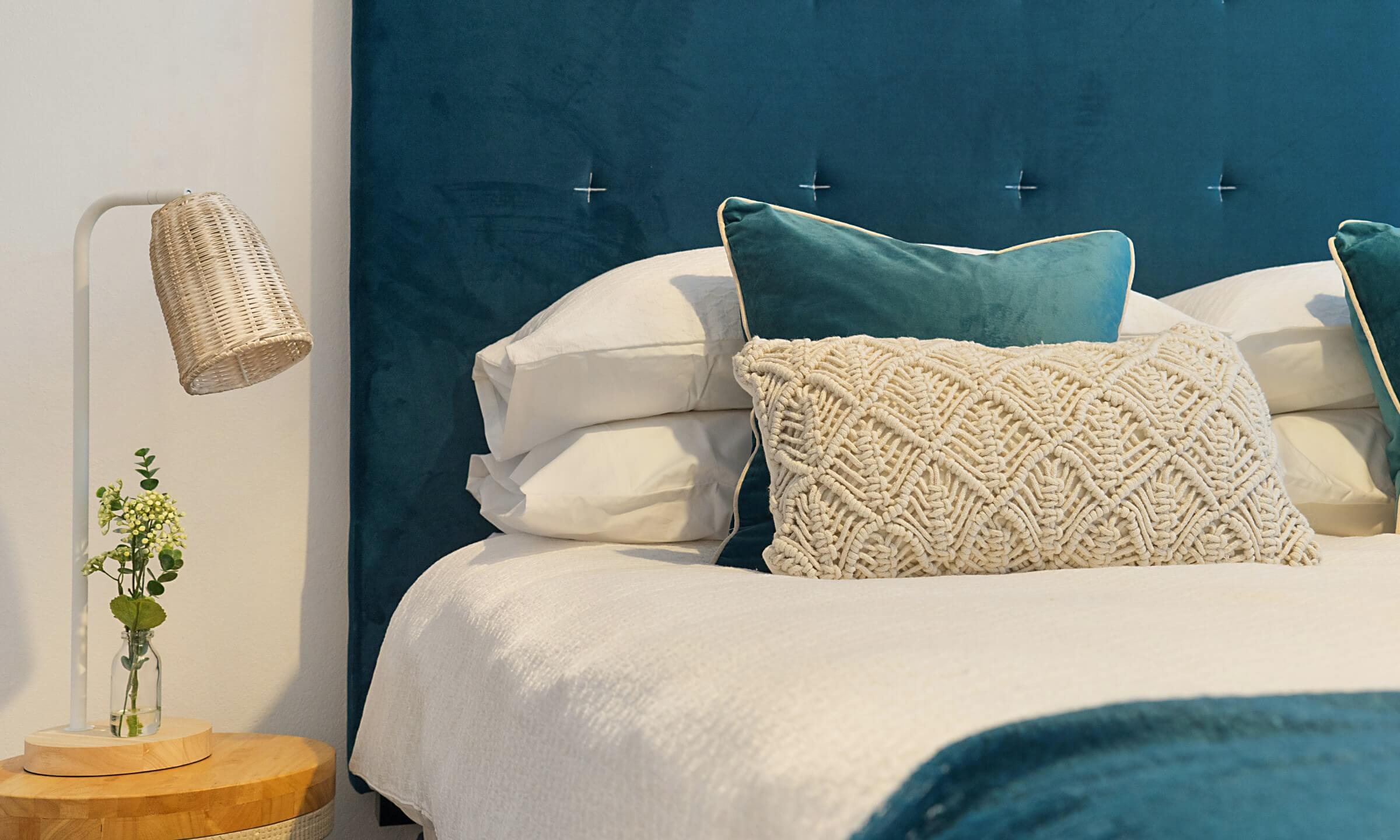 Kylie Jenner posted a picture on her instagram with her and a Casper Mattress. Casper became an instant hit. But is it enough to disrupt an age-old industry?

Casper saw things could be done differently. At least in theory. The company decided the time was right to shake up the mattress and bed industry. Casper would deliver its beds directly to consumers through its website. Philip Krim, one of the founders of Casper, said the bedding industry was bloated by commission fees and sales people preventing you from making the right decision.

From concept to unicorn

The start-up story of Casper begins like any hip and upcoming brand: investors didn’t believe that consumers would purchase mattresses online, the founders were up for a challenge and pumped their own money into the company. Defining all odds and proving investors wrong. It’s the story we all love to hear. But, despite the motivating backstory and a $1 billion dollar valuation, the company has entered treacherous waters in 2020.

But a year earlier the company was still riding the waves of success. In 2019 Neil Parikh, Chief Strategy officer at Casper, said to CNBC’s Make It, ‘We were all excited to go after something super unsexy. That’s what partially created such big growth in the beginning is that we picked something that no one else our age wanted to work (with).’ But Casper is no longer alone, fighting for dominance in the online mattress game. CNBC noted that companies like Leesa, Purple, Tuft & Needle were entering the market.

The bed was an ancient status symbol

While it’s all fun and great that Casper wants to revamp a conservative industry, it’s important to know how this industry came to be. In the olden days, the bed was seen as a status symbol. Up to late medieval Europe the bed was used as a way to consume meals when reclining. Beds back then were part of the structure of a building, built into the wall or otherwise constructed from wood or metal. It would serve a dual purpose as a bed and a couch.

The real breakthrough came when the coiled spring was invented and placed into mattresses in the 1820’s. This was the comfort revolution that transformed beds once and for all.

During the 15th century beds in Europe received a back panel which enclosed the four bedposts. But they were still rather simple in their designs, even for royalty. The beds were no elaborate works of art as you might see in Hollywood films or paintings, giving you the impression they were meticulously crafted to their owners’ wishes. This development came later, in the 16th century, as beds received carvings on the bedhead and posts.

The following century, two beds emerged, simple ones with a light frame and elaborate hangings and ones with heavy frames. They gained popularity in Europe and England. Yet the true pinnacle of bed design came during the second half of the 17th century and into the early 18th century, where beds received an open framed design with elaborate hangings along the sides, made from exotic materials like taffeta or satin. The real breakthrough came when the coiled spring was invented and placed into mattresses in the 1820’s. This was the comfort revolution that transformed beds once and for all.

Today the bed industry in the United States has a lot of competition with big names that rake in hundreds millions of dollars in revenue annually. The top 5 players in the US are Serta, Sealy, Tempur-Pedic, Ashley Furniture and Kingsdown, who have annual sales figures of over $100 million. It’s therefore understandable that Casper Beds wants a piece of this pie.

INC magazine looked at how Casper was able to make $20 million dollars in 10 months, coming close to the Symbol Mattresses who have annual sales ranging from $25 to $49.9 million. INC noted that Casper omits common pain points that buyers experience, something the owners of the company pride themselves in. Casper Beds eases up the purchase process by selling just one brand mattress, which you can try out for 100 days. If you’re unsatisfied, you get your money back. And it’s all delivered to you in a neat compact cardboard box, instead of the clumsy push-your-mattress-through-the-door action we’re all familiar with. But competitors were quick to catch up. Serta offers a 120 in-home trial period, twenty days longer than Casper.

Obviously the success didn’t come on its own. A lot of entrepreneur magazines focus on the owners who conquered all odds and are finally taking the market by storm. That’s all fun for the narrative befitting to start-up journalism, but we know that’s not the full story. A lot of success can be attributed to a good marketing strategy. And cold hard cash. And Casper sure spent a lot of that. In the first 9 months of 2019 alone, Casper spent an impressive $114 million on marketing, an increase from the $92.7 million in the same period of 2018. An increase of 23%. From January 2016 up to September 2019, Casper spent $423 million in marketing.

Through aggressive marketing, Casper was able to grow its sales to $358 million, but even with this increase the company generated a net loss of $92 million in 2018. Yahoo reported that the company spent $200 million on purchasing mattresses to sell and $126 million to bring them to market. In anticipation of its IPO, Casper pledged to improve its advertising effectiveness. Apart from optimizing its spending, Casper saw that it had to find new ways to generate additional income, so they released a new line of products like bedside tables in 2018. And whatever the founders may tell you about fulfilling their mission, they had to ramp up cash flow to get the most out of their initial public offering. Fast Company on the release of its new products said, ‘It’s a different approach for a brand that launched in 2014 with one single product: A mattress designed to be universally comfortable.’ In 2019 the Casper also introduced Glow Light, which according to Business Insider was ‘way too expensive’.

Marketers from top brands will know that it’s very difficult to break out of the marketing spending trap and let it finally do its work.

Yahoo was spot on on the meager results of the company and noted that, ‘The commodified atmosphere could make things interesting for Casper in the future, especially if it has to keep spending so much on marketing. If the price of a Casper mattress, which starts at $395 for the budget option twin and ends at $1,395 for the same size, is so marketing heavy, that could be an opportunity for a competitor.’ Just like we mentioned in the beginning, competitors were already lurking in the shadows and it’s not like the mattress industry wasn’t already a crowded one to begin with. Competitors saw the business model worked for Casper and they wanted to be in on the action. Marketers from top brands will know that it’s very difficult to break out of the marketing spending trap and let it finally do its work. Oftentimes, reducing spending, will automatically result in a decrease in sales. This rings especially true for ecommerce brands that are dependent on online traffic and don’t have the physical retail perk like a can of Sprite would have in the supermarket aisle.

As the company moved on, looking for ways to generate more cash, things didn’t get much better for Casper in 2020. In April of the same year the company announced it would lay off 78 corporate employees and completely shut down its European branch. That’s a tough pill to swallow when you need more customers to stabilize your revenue. Note that this was already on top of the layoffs it had in March, where it furloughed 500 retail employees across 62 of its stores. Things were started to look grim for Casper. Despite its direct to consumer approach and negative operating income, the company planned to open 200 brick-and-mortar stores after testing this concept in temporary shops at shopping malls in 2018. As an investor I might not be too eager to see more income seeping away into physical stores.

But Casper was still planning to go for its IPO. In the beginning of February 2020, Reuters reported that Casper Sleep Inc. ‘sold shares in its initial public offering (IPO) at the bottom end of a targeted range it had already lowered, slashing the online mattress retailer’s valuation by more than half in less than a year.’ Reuters pointed out that investors weren’t lining up to purchase stocks from a money losing entity, just like what happened to Uber and Lyft, which flopped just as hard.

Money Morning said, ‘Casper’s IPO is a sign that hype alone won’t make a stock successful. Investors are getting weary of the unicorn story and want to see concrete signs these startups can make money.’ further saying, ‘In Casper’s case, the market is now full of “next generation” sleep systems that could be ordered online and shipped directly to the consumer. In fact, we warned last October that this might not be the good deal Wall Street was hawking.’

Casper was just another start-up fairytale

Just like many start-up unicorns, the road to profitability is hard and laid out with hurdles. While the sugarcoated story of the millennial taking on the big man was nice for clicks and views, there’s more that meets the eye. Casper had a nice appeal to newsmedia who played around with the novelty topic of a young startup disrupting an ancient industry. It was the Uber of mattresses.

But just as they were glorifying the story, it was just as hard in reporting its shortcomings. Casper knew it was burning cash fast, panicking to find a way to profitability before its IPO. It remains to be seen whether this company can stick it out in the long run and compete against well established brands and competitors who want to get in on the action. If it can’t stabilize its spending and turn into profitability, all the buzz was for nothing. Fading out of existence.

The Ford F-series is the most popular vehicle in the United States. How did it become such an icon?  The Ford F-150 is not only the most sold...
Read More