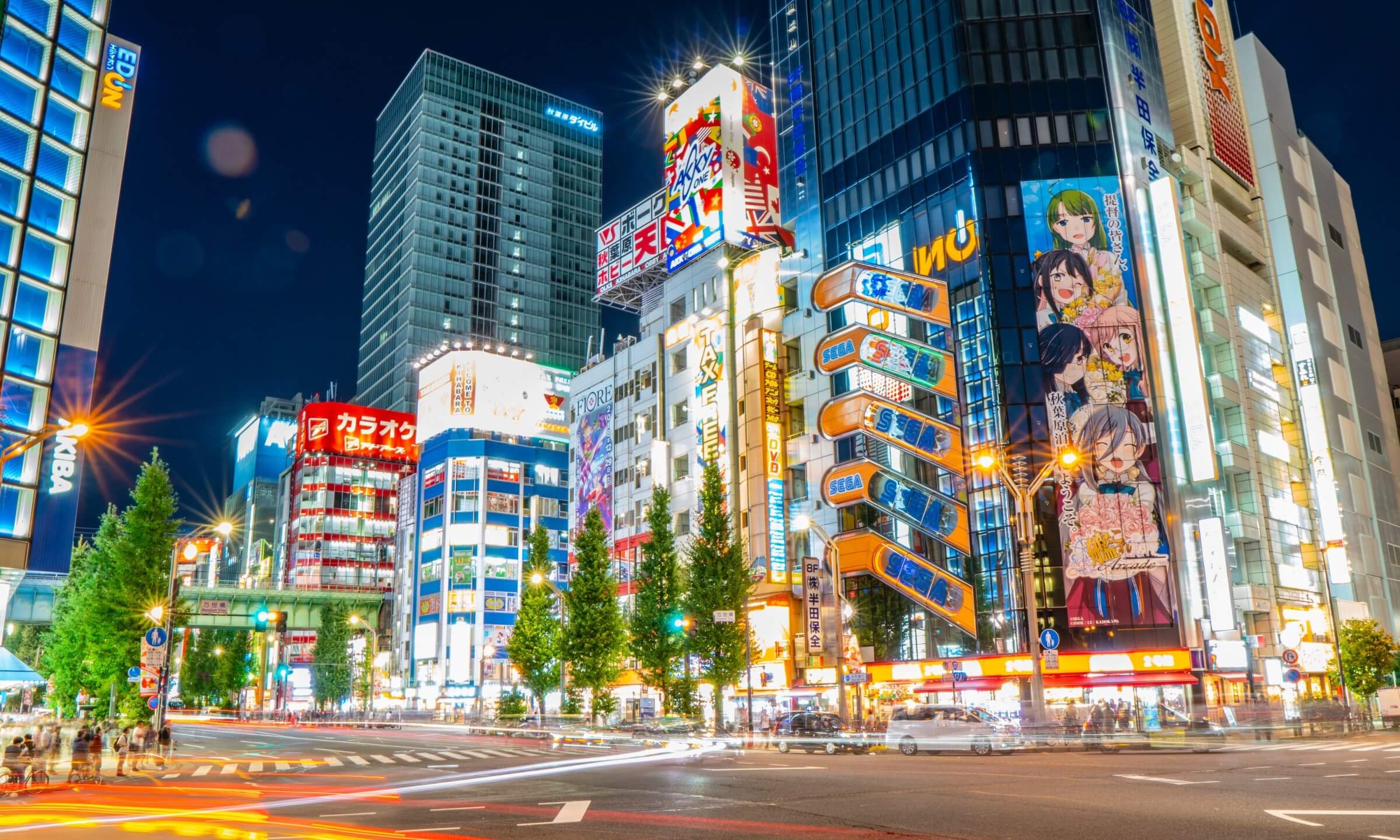 The anime adaptation of Demon Slayer has broken many sales records. How was this series able to rise to the top?

The movie, Mugen Train, which was released in 2020, was able to pull in an impressive $367.6 million domestically and $475 million worldwide. Blu-ray and DVD sales of the movie generated $88 million. Mugen Train would become the first anime film in 12 years to top the annual DVD charts according to figures released in 2021, selling around 630 thousand copies, surpassing Ponyo, which was produced by famous production company Studio Ghibli. How was Demon Slayer able to break so many records?

Manga is a centuries old medium

The first traces of hand drawn comics, as we would call them today, were created by anonymous artists around 1200 A.D. A handscroll that featured monkeys bathing in a river, rabbits, wrestling frogs and rabbits and several other depictions of animals behaving as humans. The British Museum noted, ‘Known as the Handscrolls of Frolicking Animals (Chōjū giga), this work is considered by some to be the foundation of modern manga.’ Several hundred years later, at the end of 1700s, artists began combining words and pictures, which were labelled as illustrated novels. These novels were of sataric nature, criticising the ways of society at the time. According to the British Museum, these illustrated novels were bought by rich, literature urbanites.

Slowly over the centuries, the word manga started to become the term to describe comics. It was popularised by the famous artist Katsushika Hokusai, known for his Great Wave print, who used the word as the title of his picture-books from 1814 onwards. So not only was Hokusai influential in Japanese art, but also popularised the term Manga. As Japan started to open up to international trade through Yokohama, Charles Wirgmam launched the local newspaper, Japan Punch. The newspaper featured, once again, sataric cartoons portraying the everyday struggles of westerners in the land of rising sun. The British Museum observed that Japan Punch had a major influence on artists and writers who were reluctant about the rapidly changing Japanese society. Through pictures and words they could highlight the processes that were modernising an age-old society. During the 1800s a market for Japanese manga started to take shape through publications such as Jiji Manga. Kitazawa Rakuten launched its own newspaper in 1902 as part of the Jiji Shinpo, which was inspired by the Sunday comics in US newspapers.

The manga that is closest to what we see today appeared around the 1920s as cartoons in magazines and newspapers. The origins can be traced back to Okamoto Ippei who featured strips from the US in Japan, familiarising the Japanese audience with cartoons. He also established a school dedicated to teaching the craft of manga.

After the war Japan was left with crippled economy, with citizens having almost no cash to kickstart the economy. Although the demand for manga remained, it sparked an industry in Osaka specialising in printing cheap storybooks. The books caught on with the series Shin Takarajima (New Treasure Island) selling 400,000 copies. In the 1960s Garo magazine was established by Shirato Sanpei, which made artists part of the editorial process. The British Museum labelled Garo an avant-garde magazine, highlighting the struggles of the time such as corruption. A decade later, during the 1970s the Shojo manga (manga aimed at women) flourished with fairly progessive themes for its time. Series revolving around male-only love and friendship.

After decades of development, the golden age of manga started during the 1980s and 1990s. This period coincided with the economic miracle of the Japanese economy, a period of enormous wealth. The industry peaked in 1995, when 1.34 billion manga collections were published. One of the series that spun out from this was One Piece, which has been serialized sides 1997. In 2021, One Piece had over 490 million copies in circulation around the world, with 90 million of said copies overseas.

Manga readership remains fairly high to this day. Manga as a medium remains popular to this day. In October 2019 the Nippon Research Center found that 33% of people in Japan read and watch anime often. That means that around 41 million people in Japan engage with manga and anime on a regular basis. Manga and anime have been an integral part of Japanese society for many centuries and to this day remains a popular medium.

Another contributing factor to the appeal of the Demon Slayer franchise is the vacuum that has occurred with the ending of several major series in the shounen genre. Leaving fans wondering when the next big hit would come.

Dragon Ball Z, one of the founding fathers of the genre, ended its Japanese airing in 1996 and its English adoption in 2003. While remasters, spin-offs and games of the franchise have been released ever since, they were not the breakthrough hits they once were. During the 2000s, three major series reigned supreme, but also they have come to an end or are nearing their climax. The original Naruto stopped airing in Japan in 2007 and in English supported countries in 2009. Bleach ended its airing in 2012 in Japan and 2014 for its English version. One Piece has been going for many years, reaching its 1000s episode, but in 2019, the director of the series believed it was nearing its climax. This comment coincided with early statements made by the creator of One Piece, Eiichiro Oda, in 2018 who said the manga reached the 80% mark.

Demon Slayer fit neatly within the new generation of shonen anime My Hero Academia and Jujutsu Kaisen, which were gaining momentum. But a third addition befitted the genre. In January 2016, Shueisha’s Weekly Shonen Jump announced two new series including Demon Slayer, which would start its release in the 11th issue on the 15th of February. Whilst the circulation of Shonen Jump has been decreasing over time, the manga issue is still reaching millions of readers across Japan. During the period of the announcement, Weekly Shonen Jump had a circulation of 2.2 million. The magazine dropped under 2 million a year later, to 1.9 million.

But the publication of Demon Slayer didn’t come without its challenges. Gotouge, the author and illustrator behind the hit series received the Jump Treasure Newcomer Manga Award in 2013 for his debut one-shot Kagarigari. After several consequent one-shots, Gotouge was ready to launch his very own weekly series.

The series Haeniwa no Zigzag failed to become serialised and Gotougo had to go back to the drawing board. In an interview with editor Tatsuhiko Katayama, who helped Gotougo turn Demon Slayer into a weekly series, the hard working mentality of Gotougo ensure a smoother adoption. When asked what was necessary for a weekly serialisation, Katayama replied, “For “Demon Slayer (…)”, I think it’s uniqueness. People don’t pay for works of entertainment unless there’s something different about them.” Further saying, ‘(…)  to continue a serialisation for a long time, the author themselves needs stamina and to be able to come up with ideas. That’s fundamental. Also, other writers and senior editors have been saying this, but when the series starts, it needs to be getting everyone’s attention.”

Demon Slayer was able to grab its readers attention for quite some time, which is less common than one might think, despite Katayama’s lighthearted answer. Anthony Gramuglia from the media news website CBR, noted in 2019 that most series in the Weekly Shonen Jump get cancelled directly after their release or within one year of publication. Gramuglia said, ‘In the last five years, over fifty-five titles have been released in Weekly Shonen Jump, but only thirteen have so far lasted a whole year. Of the thirteen titles started one year ago, only eight are still ongoing.’ This results in intensified pressure for the editor and the manga creator to churn out content every week that captures readers and make sure that the series ranks high in the survey on which the magazine bases its upcoming release. Demon Slayer was able to keep its content fresh week over week and remain popular with readers.

Pushing the product with advertising to maintain the hype

Demon Slayer’s success comes from its captivating story, but also from the intense advertising that the publishers were employing to keep momentum for the series. In 2019, the manga version of Demon Slayer surpassed 25 million copies in circulation with the release of the 18th volume. To celebrate this feat, posters were displayed in Tokyo, Shibuya and several stations across Japan such as Osaka City, Nagoya and at the main stations in Fukuoka. In the same year, a TV-commercial launched for the upcoming anime adaption, running across 20 channels including, BS11, Gunma TV and Tokyo MX.

In October 2020, Adobe announced an exclusive font inspired by the Demon Slayer, called Kokuryu-sоu and Shinryu-sоu. The fonts were created by 84-year-old calligrapher Kо̄ki Sakaguchi. A year later, in March 2021, Japanese Fashion brand SuperGroupies announced its range of products inspired by Demon Slayer. The products would include bags and wallets. Universal Studios Japan and Wisteria Restaurant launched a pop-up restaurant. Additionally a dedicated theme park ride would be dedicated to the series, taking visitors along the different story arcs.

At first glance these collaborations seem tedious, but we cannot underestimate the allure those products have on fans. The items are collectibles and as we’ve seen with Pokémon, which used scarcity as a means to attract the attention of fans who want to have every item featuring their favourite characters.

In the beginning stages, Katayama and Gotougo were onto something. After trial and error, they crafted a manga that was appealing to the readers of Shonen Jump. Consequently the series jumped into the vacuum within the genre, which with the departure of many popular series, was ready to welcome a third addition.

Another important factor is the high readership of the magazine. It may have been declining over the years, it is still able to reach millions of readers month over month. With enough hype, a series can be catapulted into the mainstream fairly quickly.

The publisher also pushed hard for Demon Slayer to become known with its domestic and international audience. Brands lined up to affiliate themselves with the franchise. The same we’ve seen with the Frozen franchise and star rapper Travis Scott. The media franchise becomes a force of its own, attracting more companies which increase the awareness for the brand. A cycle that keeps repeating. Combined with all the different mediums such as the original manga, light novels, anime and movie adaptation, toys and everything in between revenue keeps coming in from all directions.

Will online marketing be fully automated?

Robots who automate jobs away are circling the news for quite a while, but does this also impact online marketing?  When working in the online...
Read More