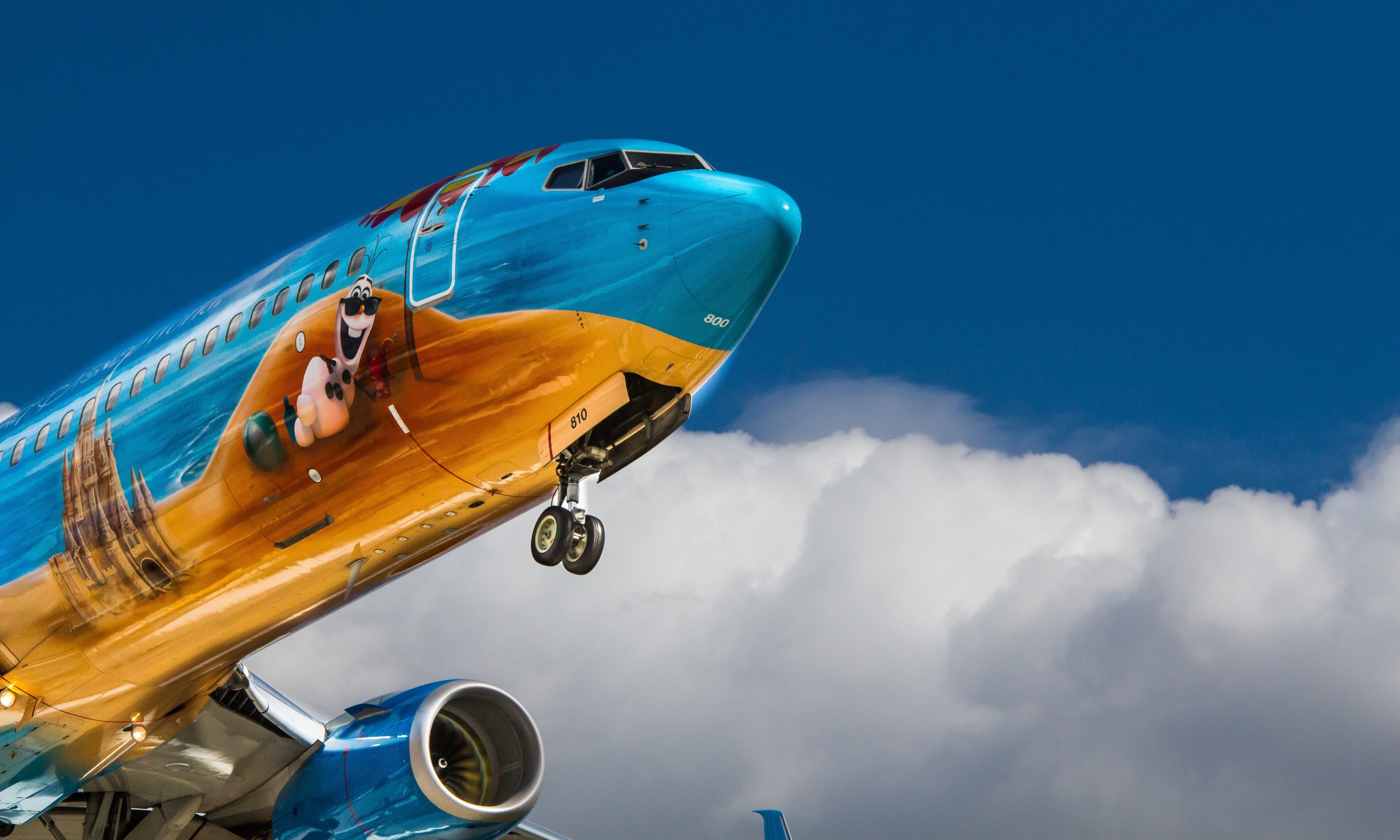 Frozen became one of Disney’s most successful franchises with Frozen II alone generating over $1 billion in revenue. How did this franchise become so popular?

Frozen II became one of the highest grossing animated movies of all time. Generating an impressive $1.3 billion, ranking it the top three highest ranking Disney movies ever produced. Surpassing the first movie in the franchise. What made Frozen such a success and how did Disney turn the Let It Go theme song into its favor?

A story geared for success

Frozen movie is loosely based on the 1845 published fairy tale The Snow Queen from Hans Christian Andersen. The story is mostly an original take on the tale, focusing on two sisters where one is cursed with fiery ice powers. Peter Del Vecho, Producer of Frozen, noted that the dynamic between the two sisters created a unique dynamic, which strays away from the regular single female protagonist. The two sisters create two separate, yet compassionate, viewpoints for the audience.

After setting the story, the design and technical crew went out to do research in the state of Wyoming to familiarize themselves with walking through snow. While this may sound obvious, experiencing and investigating compared to a leisurely stroll are two separate things. Upon returning Del Vecho said, ‘They came back with an appreciation for the fact that there’s a top layer of the snow that supports your weight, but you break through and you’re caught on the more compacted level.’ This helped animators create realistic animations for the snow in Frozen. Such minor, yet significant details, can make or break a story experience for the audience and Disney knows all too well that it has to create a realistic yet enchanting world to sell the story to the world.

Hollywood was preparing for a grand premiere for Frozen in 2013. Variety noted, ‘Snow fell on Hollywood Boulevard as Disney premiered “Frozen” November 19 at the El Capitan Theatre, with guests carrying cups of Ghirardelli hot chocolate past lit up pine trees, snow banks and ice sculptures.’ The star cast, Kristen Bell, Jonathan Groff, Santino Fontana and Josh Gad and guests such as Demi Lovato and Ross Lynch shined on the white carpet. A play on the traditional red carpet, reinforcing the icy theme of the movie. During its opening weekend Frozen generated an estimated $67.4 million leaving previous Disney box-office records in the dust. Three years earlier, Tangled generated $48.8 million during its debut. Wreck-it Ralph performed slightly better with $49.9 million at the box office, but it paled in comparison to Frozen. Frozen II generated $127 million domestically during its opening weekend, generating $350.2 million globally. ABC News noted that the second installation of the franchise smashed several records, becoming the highest grossing animated film at debut. In March 2020 Frozen 2 became available on Disney+.

But we must not mislead ourselves by thinking that Frozen was able to generate such staggering figures without the advertising money to match. The production which totaled an estimated $250 million dollars, including marketing spend, had to turn a profit. The New York Times remarked that for Disney there’s more than just the movie. It’s about the whole franchise which is vertically integrated across all Disney assets such as its theme parks, music and musicals. The Frozen merchandise alone generates billions in revenue for Disney. Frozen was prominently featured on the Disney channel, which has millions of children tuning in each day.

In 2016 Disney announced it would expand the Frozen franchise with a refresh for its books, animated shorts and digital extensions. Disney also released some noteworthy statistics that highlighted the success of the franchise. The first installment was able to generate $400.7 million box revenue domestically and $1.27 billion globally. The franchise had an accompanying 5,000 books, which were translated in 41 languages, released across 60 countries. In collaboration with Lego, Disney created 4 short re-imagined stories. Over 3 million Elsa and Anna dresses were sold. And the impressive numbers don’t stop there. The Elsa character song Let It Go movie generated over 1 billion views on YouTube and the Frozen soundtrack itself sold 4.1 million times. Official fan pages of the cast amassed 37 million followers. These numbers alone would make any company jealous. Disney created so much hype around the Frozen brand it was able to reach hundreds of millions of fans worldwide. The strong emphasis on building the franchise across different media, would carry the success over to the second adaptation in the franchise.

Three years later, in 2019, the hype was being built for the franchise. In September of the same year the second trailer debuted on Good Morning America with the announcement tweet alone reaching  212k views. Disney partnered up with five brands to further generate hype around its latest installment Frozen II. Disney announced a collaboration with Iceland, Glade, Marriott International, Unibail-Rodamco-Westfield and Birchbox. These names are not insignificant as these companies have a massive consumer reach, which could easily amplify the Frozen brand.Together with Iceland, a British based food retailer with upwards of 900 stores across the United Kingdom, it launched the ‘Magic of Frozen’ Christmas tie-in. The tie-in would include a range of Frozen 2 branded foods, such as icicles. A dedicated promotional video accompanied the collaboration.

With Glade, a subsidiary of S.C. Johnson, Disney launched five dedicated limited edition fragrances in its air freshener line-up. The line-up is curious at best, but with its tie-in with a television advertising run and a limited supply of 10 million packs, it would’ve been enough to position itself in many households around the world.  A whole travel programme was curated with Marriott Bonvoy, a loyalty program from Marriott. Campaigns would run across the UK, France, Spain and Italy, with dedicated trips for customers. The partnership would be featured through digital advertising, out-of-home campaigns and cinema ads in the UK. Aldi announced its product line for Frozen II, including tos, bedding and pajamas in anticipation of the Christmas season. A year later, Disneyland Paris announced its plan for Frozen Land. The theme park addition would house a 7.5 acre lake which would support watershows.

The above blurb may feel like a glorified PR piece for Disney, but it’s an important aspect to highlight the marketing and advertising impact that Frozen had during its release. It was everywhere, from consumer products to high-end travel. Consumers, and their children, were accompanied by Frozen every step of the way. When they purchased dinner, when they wanted to refresh their home and when they wanted to travel.

The power of a song

The accompanying song Let it Go, sung by Broadway star Idina Menzel generated over 280 million streams by the year 2019, six years after its release. Let it Go became the most streamed Disney song and stayed ahead of the Moana feature film’s ballad, ‘How Far I’ll Go’, which generated upwards of 116 million streams. But what made Let it Go so catchy that it captured the hearts of millions of fans around the world?

The more exposure the Let it Go received, the more potential movie-goers it was targeting.

Quartz magazine asked the same question and reached out to Sam Zerin, who runs the blog Disney Music Theory and coincidentally is a historical musicology student at the New York University. He noted that the song fits it into the movie’s narrative, following the traumatic experience of Elsa and later she is reborn as a princess. Zerin said, ‘This is all significant: in Disney music, minor keys often indicate sadness, low registers indicate darkness, descending melodies indicate loss, and the low energy makes it feel like she’s muttering to herself. But by the end of the song, all of this has drastically changed.’ Zerin remarked that all these formulaic elements within the Let it Go song are an important part for the impact of Elsa’s character development. Combined with the animation, it makes for a mesmerizing set piece.

Lara O’Reilly from Business Insider observed that people were actively searching for the song on YouTube and making their own small little karaoke versions. This wildfire spread of content, which would normally be flagged as copyright infringement, was able to proliferate on the video platform. O’Reilly noted that perhaps Disney intentionally let the crowds have a field-day with the content to spread the news for the product and for good reason. According to research conducted by Unruly, it found that 31% of movie-goers who have watched a promo would purchase a movie and 8% of them would rent the movie. Therefore, the more exposure the Let it Go received, the more potential movie-goers it was targeting.

You might think to yourself after reading all the marketing efforts that Disney has undertaken in making sure every eyeball on the planet has at least seen the Frozen brand once, that the hype would’ve destroyed the franchise at a certain point in time. MarketingWeek reported that ad saturation and the practice of over-targeting consumers, might do more harm than good. MarketingWeek cited research performed by Kantar in 2019 amongst 5,000 consumers in the United Kingdom, which examined their attitudes towards advertising. They found that 54% of respondents objected to targeted advertising with 70% reporting they were seeing repetitive ads. Surprisingly 11% responded they were glad to see the advertisement. Advertising has been struggling a lot with trust and tries to find ways to recover its image.

Natalie Robehmed from Forbes cited a report from the International Licensing Industry Merchandisers’ Association (LIMA) stating that it observed brand fatigue with Frozen. Although Euromonitor International noted in 2016 that Frozen was an enormous franchise success and offered more room for licensing, with companies anticipating merchandise that could rival the success of Frozen. Utku Tansel from Euromonitor said, ‘In dressing-up and role play category of traditional toys and games, licensing penetration hovered around one third in value terms until 2014.’ Further saying, ‘The launch of Frozen franchise, almost revitalised the category and in just one year licensing penetration recorded a growth of six percentage points to reach 40% in value terms.’

The Frozen franchise is a well choreographed set piece, following the traditional Disney princess formula which was such a success during the early days of Disney and its subsequent Renaissance. As with all successful media products, the unseen force of marketing has played a hefty role in making sure the whole world knew who Elsa and her sister Anna were. Some argued that the marketing was too much. And in some sense it feels that way. Supermarkets, travel operators, even air freshener producers took the opportunity to plaster their products with the famed fictional cast that had captivated the hearts and minds of children all over the world. But we cannot deny the overwhelming financial success the franchise was able to generate and Disney welcomed it with open hands.

How did Tiktok become so popular

TikTok has seen a meteoric rise to the top of the social media food chain in recent years. Even catching the eye of the US government. But where did...
Read More