How did Fortnite become so popular? 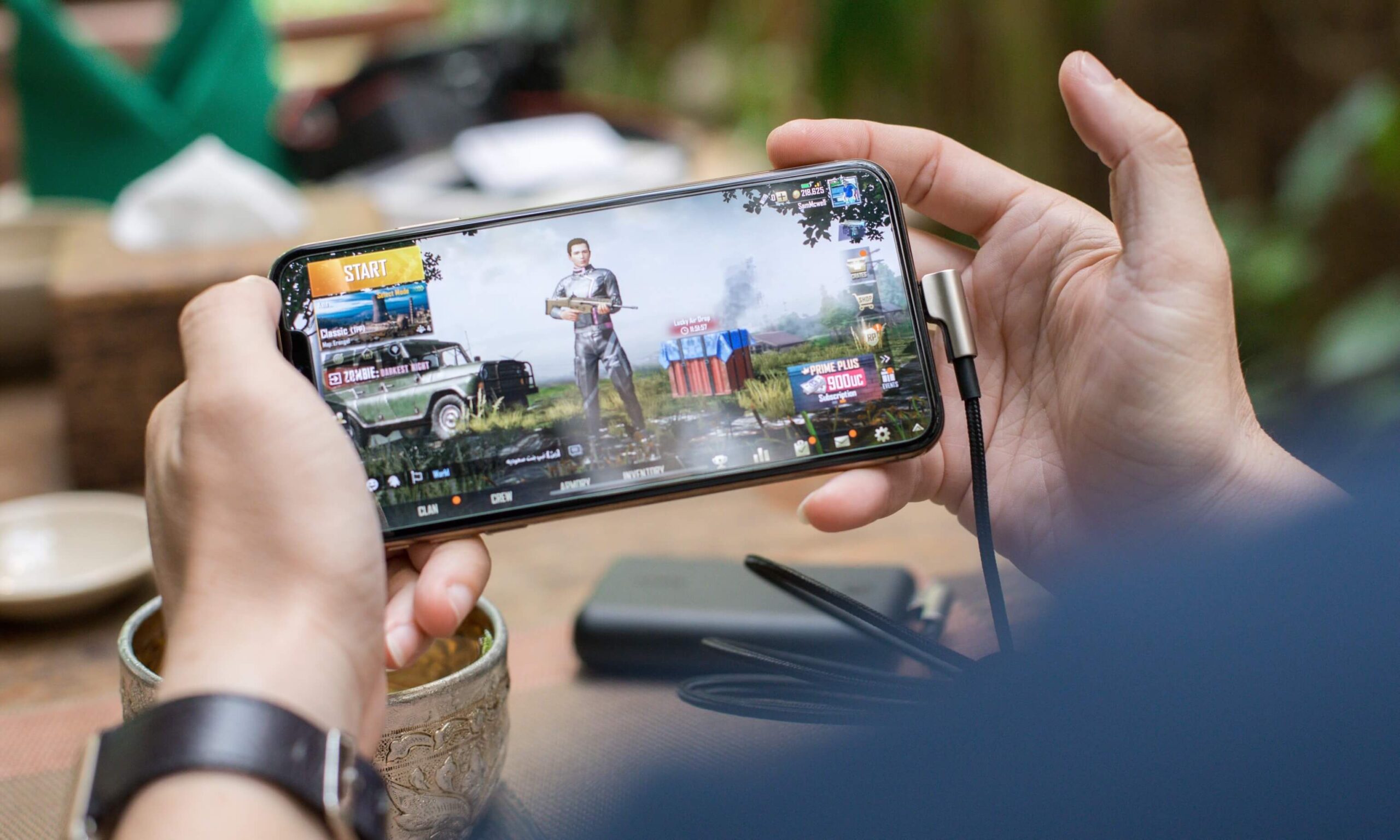 Even if you don’t play Fortnite, you will undoubtedly have heard about it. And not only because they aren’t willing to pay Apple’s commission fees.

At time of writing Epic’s Fortnite is mostly catching headlines with its legal dispute with Apple, who booted the game out of the App Store due to fee omission. Whether it’s fair or not, I’ll let you be the judge of that. But before this all started, and why Fortnite sparked the commission fee debate into high gear and teaming with huge players like Spotify, it was already a force to be reckoned with in the entertainment industry. How did it become such an entertainment phenomenon, that stars like Travis Scott and BTS wanted to affiliate themselves with the game?

Fornite has seen spectacular growth in recent years, but it didn’t just come out of thin air. Fortnite first saw the light of day in December 2011 at the SpikeTV video game awards. The reveal was accompanied by gaming industry’s legend Cliff Blezinski, at the time design director at Epic Games. Forbes labeled the game as a blend between survival horror and tower defense. They said, ‘FORTnITE is unlike any game Epic has made to date. The stylized action game is actually hard to pin down to a single genre. It has various gameplay elements that vary by time of day.’

Six years later, Fortnite was finally out in the open. One month into its release in August 2017, Fortnite had a relatively small number of registered users compared to its enormous fanbase today, starting out with only 1 million subscribers. A few months later in December it already reached 30 million subscribers and grew to 200 million in November 2018. I guess this is what we call the tipping point. Almost three later, in May 2020, the game had 350 million registered users. Interestingly enough the rise in subscribers, coincides with the rise of popular Twitch streamer Ninja, who picked up the game in 2017. The increase in popularity of Twitch will have also undoubtedly contributed to not only Ninja’s popularity, but also the Fortnite streamers who were picking up the game and reaching a larger audience. When looking at the growth of Twitch, we see that in January 2013 Twitch had an average of 147,967 average monthly viewers, growing to 645,791 three years later in January 2016 and reaching almost 1 million in January 2018 with an average of 967,916 monthly viewers. In January 2020, the platform had an average of 1,354,375 views. Insert the obscene amounts of money that some of the biggest Fortnite streamers make and you have a flywheel which only spins faster and faster, with more consumers joining the party.

The true shift for Fortnite happened in September 2017. In this period, Epic came with a PlayerUnknown’s Battlegrounds (PUBG for short) battle royale clone, where 100 players battled it out till the last man standing. At the time PUBG was far more popular than Fortnite, but it was not free to play. So it was the perfect move for Epic Games to lure in players who were interested in a battle royal game, but were sceptical to fork out the money. In august 2017, PUBG had sold 7 million copies, 7 times the amount of registered users of Fortnite. But the latter was gaining in on its competitor. Fast. Where PUBG had sold 70 million copies in July 2020, we saw that Fortnite grew to 350 million registered users.

In august 2017, PUBG had sold 7 million copies, 7 times the amount of registered users of Fortnite.

After 6 years after its announcement in 2011, Fortnite was announced as an early access game for the PC, Mac, PS4 and Xbox One, with a free to play version following in 2018. Why this was a strategically important bet for the publisher is easy to answer. The Xbox One and Playstation 4 had a combined unit sales of a little over 115 million by March 2018. Releasing the game on the consoles vastly expanded the potential player base for Epic. The success of Fortnite could not happen without the groundworks that PUBG and the console makers had laid out for the battle royale genre, proving it was a viable business model with a large audience across the globe that was eating it up.

But releasing the game alone wasn’t enough for Epic. We’ve seen that while the Xbox and PS4 had a large player base, there was still a huge potential audience who didn’t own a console yet. And what better way than to package one of the most popular games with a gaming console. In September 2018 Epic announced a partnership with Xbox, releasing an exclusive Xbox One S bundle where the player would receive up to $20 dollars in V-Bucks, the ingame currency, and the legendary Eon skin. A month later, Fortnite would receive a physical release for the PS4, Xbox One and Switch, distributed through Warner Bros Interactive.

The popularity also caught the attention of mainstream celebrities. In 2019, Marshmello gave a concert in the virtual world of Fortnite. A befitting setting given his onstage appearance. The Verge called it ‘visually impressive’, further saying, ‘The stage came to life with building-sized holograms of Fortnite characters, while a custom set of graphics played behind Marshmello’s avatar. At certain points, timed to the shifts in the fast-moving dance music, the stage would alter gravity, sending players bouncing into the sky and even floating in place at one point.’

From a publisher’s perspective it’s a great way to keep players engaged with the game and generate additional revenue from ingame purchases. For the artists it’s the perfect opportunity to interact with their demographic in a setting that is familiar to them, all from the comfort of one’s home.

In the same year Epic Games announced the Fortnite World Cup, a tournament which started on April 13th and would span over a period of 10 weeks. The cup got momentum due to its high cash prizes which amounted up towards $1 million.

Throughout the years we’ve seen publishers play around with new revenue models, like in-game advertising, bundled deals. But Epic has taken it to a whole other level

In another strategic move Epic Games partnered up with superstar rapper, Travis Scott. Epic Games said about the show called Astronomical, ’From April 23-25, blast off into a one of a kind musical journey featuring Travis Scott and the world premiere of a brand new track. Astronomical is an other-worldly experience inspired by Cactus Jack’s creations, built from the ground up in Fortnite.’

This was a straight up legendary success for the platform. Andrew Webster from the Verge shared his experience, saying,‘ The set was short, lasting around 15 minutes. But what I loved was that it was the kind of experience that could only exist in a virtual space like this.’ The Guardian reported an impressive 12 million players watched the 10 minute performance in Fortnite. In September 2020, Epic announced they would feature the new music video from famous korean boy group, BTS.

Throughout the years we’ve seen publishers play around with new revenue models, like in-game advertising, bundled deals. But Epic has taken it to a whole other level, where brands and artists are lining up to work together with the company to promote their products or themselves. This is something we haven’t seen before. At least not at such a scale. In 2018 Fortnite generated a whopping $2.4 billion in revenue dropping in 2019 to $1.8 billion. Those figures would even make the biggest studios jealous. In 2020, Bloomberg reported that Epic Games reached a valuation of $17 billion, a steady growth from its $15 billion valuation in 2018.

Epic versus the tech giants

I can go on and on about all the different artists like Travis Scott, BTS and companies like Nintendo who are jumping on the Fortnite bandwagon to capitalize on its immense success, but it’s important to also highlight the darker sides of the immense popularity. The company is in a tug war with Apple about its commission fees.

In a ruling, a US judge favored Apple, with Epic drawing the short end of the stick, as it was violating the terms and conditions set by the app store owner. According to CNN, Apple stands in their rights to protect its ecosystem from malicious practices to protect consumers. Despite Epic saying they feel they are tied into an illegal construction where it is obligated to use the payment means set by Apple, it was to no avail. Judge Gonzalez Rogers told Epic they themselves, despite them being a legitimate business, were a threat by omitting the payment policies set by Apple. Tens of millions of users now lost access to the game.

You can argue a lot about whether Apple is in their right to monopolize its App Store ecosystem and that Epic just had to comply. Fact remains that it’s a major blow to the popular game in terms of its reputation and its revenue streams. On the flipside, it’s also a loss for Apple who cashed $360 million through the 30% commission fee it was charging Epic.

In response to Apple, and Google charging a hefty commission fee, Epic released a digital ad, which was a direct insult to the 1984 Apple campaign. The campaign focused on disrupting the hypnotized masses who were blindly obeying the establishment. We’ll have to see where this plays out in due time.

Epic had, and still has, a lot going for it. While no single event can be attributed to the intitianal flame that sparked the marketing engine, it was clear that the hype was real. Gamers loved it. The streamers were a marketing vehicle in and of themselves. They had a loyal fanbase who loved watching their streams. They became influencers for the game. Epic themselves were well aware what trends were moving in their target demographic, ogling the success of PUBG. It’s partnering with artists like Travis Scott and Marshmello are straight home runs that further engage the viewers and players with the game, tying them into the ecosystem that keeps getting more elaborate as time progresses.

The game became a phenomenon. Fortnite had sparked a revolution in the gaming industry, where developers were lining up to announce their battle royal modes before losing potential players to Epic. One of the most recent and popular competitors is Call of Duty: Warzone, who in August 2020 had 75 millions players. Time will tell whether this has changed the industry permanently and whether we’ll see games in this genre proliferate.

Why Ford’s first electric vehicle was named after a legend

The Mustang brand, a benchmark for the gasoline sportscar, now decorates a vehicle for a new era. The announcement of Ford’s real first vehicle, The...
Read More