How did Travis Scott become so popular? 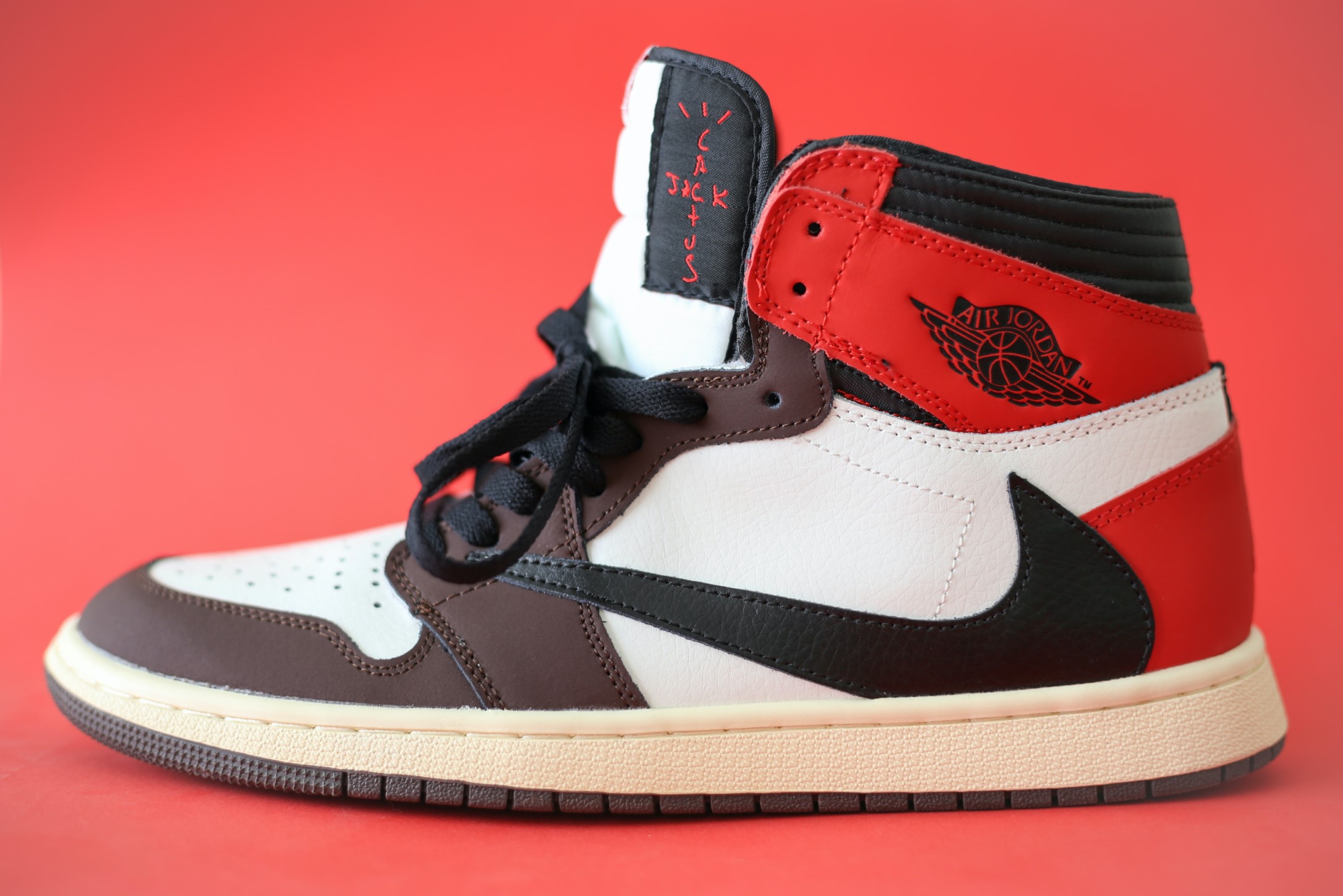 Travis Scott is one of the most popular artists at the moment. How did he become so popular that even McDonald’s partnered with this already iconic hip hop superstar?

Travis Scott has 7 songs that reached the Billboard Global 200, with Franchise, featuring Young Thug and M.I.A. coming in at #7. He is a force to be reckoned with in the music scene, reaching many different demographics across the world. Now you might be wondering why we are talking about Travis Scott on a marketing blog. That’s a valid question because normally we talk about brands and companies. But a person can also be a brand. Today we enter the realm of the personal brand and why companies want to partner up with them.

The rise to fame

In 2012, Travis Scott was far from the celebrity he is today. He was a newcomer to the scene with Complex opening its article ‘Who Is Travi$ Scott?’ Something unimaginable today. But nobody is born a star. Travis Scott was born in Houston Texas, where from age 1 to 6 he spent most of his time with his grandmother, as his mother was working at Apple and his dad ran his own business. At age 19 he moved to Los Angeles.

Travis said to Complex about his youth, ‘My grandmother stayed in the hood so I seen random crazy stuff. [I saw] mad bums and people looking weird, hungry, and grimey. I was always like, ‘I gotta get the f**k out this place.’ It gave me my edge—[it made me] who I am right now.’

Travis Scott on his introduction to rap and producing, ‘I started picking up beats like at 16. I got really serious at 17. That’s when I put together tight beats.’ Interestingly enough Travis Scott started out with playing piano, but quickly realized he didn’t get popular with the ladies by doing so. So he switched to electronic music. In the interview, Travis said he always wanted to rap, a medium that could be the catalyst to tell his life story.

In 2016, Travis Scott signed a worldwide deal with Universal Music Group. The deal came shortly after Scott reached first place in the Billboard Top 100 chart with his album ‘’Birds in the Trap Sing McKnight’, which was exclusively available on Apple Music. Within the first week, the album accumulated about 50.2 million streams. Jody Gerson, UMPG chairman, and CEO, said about signing Scott,’ I’ve been chasing Travis Scott for years. His talent and ambitions are limitless. He’s a rock star, as well as being a brilliant writer/producer.’

Without turning into a gossip magazine, I believe the real breakout for Travis Scott, which catapulted his fame further into the mainstream media world, was his relationship with Kylie Jenner. She was a celebrity in the worldwide phenomenon Keeping up with the Kardashians. Travis and Kylie were sighted as a couple at popular music festival Coachella in April 2017, which spiraled the rumor machine. The couple was sighted a few times afterward and made their relationship official in June 2017. TMZ reported on the pregnancy of Kylie Jenner of Travis’s child in 2017. The beginning of the relationship was practically a PR-machine clocking it at full speed. And it seems that with everything that Travis does, he generates new hype around his personal brand, just like when deleted his Instagram account in 2020 and media outlets jumped to report on it.

In 2017 Travis Scott became the face of the Nike VaporMax. According to Complex the partnership came about as Scott performed twice on Air Max Day. The rapper always had a connection as a brand and the support he received from the band during his career. In October of the same year, the true sneaker collab became a reality.  Insiders of the sneaker scene are familiar with collabs that go back for decades and they also know that limited editions are a sought-after product that can have insane resale value.

The collaboration with Travis seemed to be a home run for the fast-food giant.

In September 2020, Mcdonalds’ teamed up with Travis Scott, launching an exclusive merch line and the Travis Scott meal. The campaign was accompanied by a nationwide commercial with Travis shrunken down to an action figure. Morgan Flatley, McDonald’s U.S. Chief Marketing Officer said about the partnership, ‘From featuring Travis’s favorite McDonald’s meal in our restaurants, to his new score for our TV spot, to Cactus Jack x McDonald’s merch, this has been a true partnership from start to finish. It has been exciting to team up with a true brand fan whose creativity and love for our food shines through in each aspect of the collaboration.”

The collaboration with Travis seemed to be a home run for the fast-food giant. A week after the launch, the meal became so successful that McDonalds’ was running out of burgers, having to adjust their logistics to franchises with the highest anticipated demand. A few months later the numbers confirmed the success of the campaign. In the third quarter, McDonalds’ saw a rise in sales of 4.6 percent.

The partnerships are lining up for Travis Scott throughout the years. Billboard even labeled him as the “Franchise” rapper in a news article where Travis Scott announced he would partner up with Playstation to promote the new PS5 gaming console. To kick-off the partnership, Travis Scott released a video in October 2020, with an iconic nod to the Maxwell speaker ad from the 1970s. Being blown away by the intensity when the console boots up. The speaker scene has used many times, but it’s very befitting to message Playstation wants gamers to experience when playing. The video featured the Japanese team behind the new console and the hip hop icon, which gave the video some earthiness. Apart from the unfortunate framing by Billboard, for Playstation it’s the perfect match. Travis has proven to be able to draw gamers to a franchise through music as demonstrated in the now-famous Fortnite concert.

Eric Lempel, Senior Vice President at PlayStation Worldwide Marketing said, ‘We heard Travis is a huge PlayStation fan, so we started a conversation with him that led to this unique partnership. Through our mutual passion for gaming and creativity, we plan on collaborating with Travis and his Cactus Jack brand to produce innovative projects that we hope will delight our collective fans.’

Looking through the marketing fluff of the collaborations, just like with Fortnite, Travis reaches a hard-to-target audience. Marketing insiders will know that younger demographics are difficult to lock into a brand as they have yet to develop a brand preference, are cash strapped, and want to explore ‘the world’ of brands before they commit. So being present during the formative years, is essential to get a customer for life.

There’s one thing we as the critical observer can question about the collaborations Travis has been working on throughout the years. Do they hollow out his credibility as a celebrity? Famous personas working with brands is nothing new, but the pace at which Scott is gaining momentum and the number of brands he’s working with can also become his downfall in the long run. For brands, it is the perfect time to work with him and they see their products flying off the shelves or engagement peak. Travis Scott will earn a nice paycheck as well. But how valuable will his image become when works with just about any brand that knocks on his door and forks out money?

As with many breakout brands and personas, there’s often no single event we can point at that sparked a movement. Sure, there are iconic moments that lift a brand out of the niche into the mainstream. The moment when the average consumer gets wind of it and the sales start to soar.

For Travis Scott, I dare to say that one of the key moments is the signing with Universal and, the most important one, his relationship with Kylie Jenner. Rumors were all over the place. Two brands collided because remember Kylie Jenner is also a personal brand, and the PR-train was going full steam ahead. Media jumped on this newly emerged franchise, reporting on the event and keeping a close eye on its developments. Travis Scott became a media darling, rocket boosting his popularity across the world.

Tech giant Sony delivered an unparalleled mobile experience with its Walkman phones in the early 2000’s, but is now a far cry of its former...
Read More