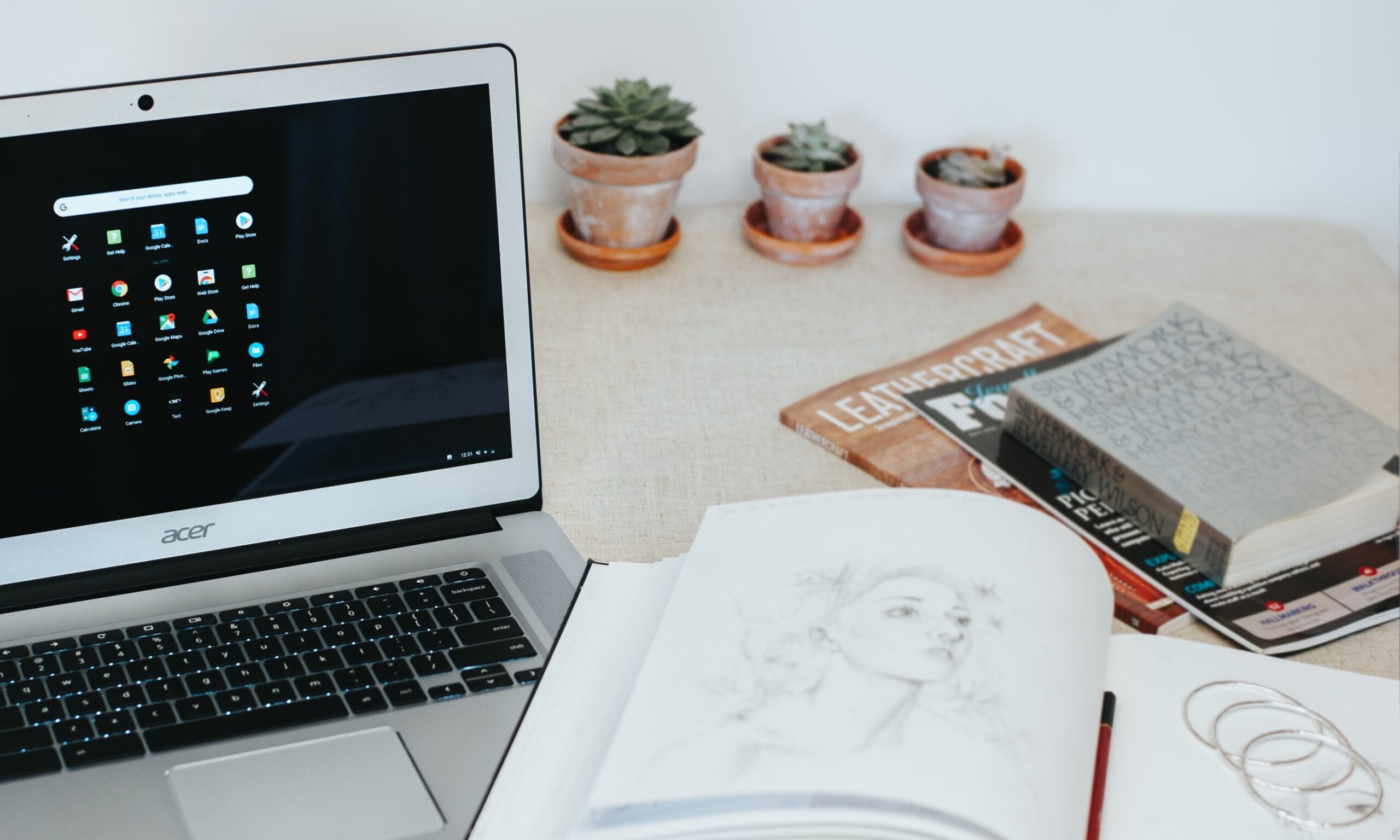 Google‘s Chrome has the highest market share among internet browsers. How was Google able to capture the hearts of so many internet users?

In September 2021, Google’s Chrome had a global market share of 65.13%, making it by far the largest browser. Safari comes in second place with a significantly smaller 18.41% and Edge at third with 3.76%. When we break down the market share per platform, we see Google ranks supreme on desktops as well, with a market share of 67.55% followed by Safari with 9.69% and Edge with 8.74%. On mobile Chrome also reigns supreme with a market share of 64.32% and Safari coming back stronger with 24.21% and Samsung Internet with 5.31%. How did Google manage to make Google such a dominant force in the browser market across the biggest platforms? And more importantly why did Google launch Chrome in the first place?

Google’s answer to the browser and the fall of Microsoft

Chrome was launched in 2008, with Google boldly claiming it was a new take on the browser, aiming to improve the web experience for users. Sundar Pichai, then Vice President of Product Management, Google Inc. said about their vision on browsers and their relation to the web, ‘We think of the browser as the window to the web – it’s a tool for users to interact with the web sites and applications they care about, and it’s important that we don’t get in the way of that experience.’ Further saying, ‘Just like the classic Google homepage, Google Chrome has a simple user interface with a sophisticated core to enable the modern web.’

In 2010 Google received a welcome gift from Microsoft, who was obligated to present European Windows users with a browser choice screen as part of settlement concerning antitrust practices. 200 million users would receive the browser choice screen where they select a browser out of 12 suggestions, including Microsoft’s own Internet Explorer. In the same year Google Partnered up with New York based ad agency BBH, who created online viral ads. One of the two viral videos was created to highlight the different Chrome extensions that enable users to customize their browsing experience. A second video promoted the built-in translation function of Google Chrome. London based digital agency Glue, created the accompanying display banner ads.

In 2011, Google chose prime-time television ads to promote the browser. A hefty 90-second ad campaign, called ’the Web is what you make of it’. The New York Times reported that Patrick Pichette, the chief financial officer at Google, said during an earnings call that the browser was an important gateway for the company to engage users with their Google products. Seven years later, in 2018, Google celebrated the 10 year anniversary of the browser with the ‘Don’t be a browser’ campaign in cooperation with Vice spin-off ad agency Virtue. A 60-second commercial was put together with a variety of animated scenes highlighting the different features of the browser such as its tabs feature.

The rise of Android

Another important key factor in the strong growth spurt of Google and its Chrome browser was the launch of the first Android powered smartphone. The OS that was acquired by Google in 2005 for an estimated $50 million, although the exact figure remains unclear. In 2008, the first smartphone with the operating system was launched, called the HTC Dream. T-mobile would be the launch partners in the United States. Ars Technica noted on the announcement, ‘The HTC Dream will undoubtedly be hailed as a major step for Android, and hopefully the straggling carriers will be able to follow up with their own Android toys shortly after T-Mobile’s launch.’ A year later indeed manufacturers started to pick the freely available operating system. Samsung launched the I7500 Galaxy, which was the first Android powered Samsung phone having Youtube and the predecessor of Google Photos on board.

The rise of Android is not a standalone event as it coincides with the introduction of the iPhone in 2007 and the explosive growth of the smartphone market. In 2007, 122 million smartphones were sold. During the debut of Android in 2008, 139 million units were sold to end users. Ten years later, in 2018, an impressive 1.55 billion smartphones were sold, with a dip in 2020 to 1.37 billion. When we look at market share capitalization we can also detect the strong presence of Google’s Android. In 2018, Android had a global market share of 75.16% and iOs 21.98%. In 2020 the market share of Android had declined slightly to 72.48% and iOs made a leap to 26.91%. The development might have seemed like pure coincidence, and even it was, Google was well aware that the mobile market would be the next big growth market and opening up its operating system to manufacturers became an important gateway for consumers to get familiar with the Google product suite of which Chrome is a part of.

In 2019 Google lost, may it be, a minor competitor in the mobile space. Microsoft advised its users to switch to Android or iOs as support for its Windows mobile operating system would be discontinued. This might seem minor as the market share for Windows mobile was just a mere 0.13% by the end of 2019, but it is one of many instances that worked in Google’s favor. Just like almost 10 years prior where Microsoft users were prompted to install their favorite browser on their desktop. Through cleverly timed advertising, Google accelerated its growth spurt.

It seems that Google had quite the market intelligence as it coincidentally announced its answer to the laptop, through its Chromebook line-up in cooperation with Samsung and Acer in 2011. A product which boasted loading applications to mere seconds and automatic updates. PC manufacturers make such bold claims all the time and they are nothing new, but the most important line in the press release was its neat integration with the Chrome browser. Google said, ‘At the core of each Chromebook is the Chrome web browser. The web has millions of applications and billions of users.’ Further saying, ‘Trying a new application or sharing it with friends is as easy as clicking a link. A world of information can be searched instantly and developers can embed and mash-up applications to create new products and services.’

The move to enter the laptop market in itself seemed like the logical next step for the company to take, but from a market point of view, one might argue against it. The market for PCs started to decline after reaching its height in the fourth quarter in 2011, when shipments reached 95 million worldwide. A year later in the same period shipments dropped to 88.7 million and the year after that to 82.9 million. In the last quarter of 2015, PC shipments had fallen even further to 75.3 million units. The same went for notebooks. The market for notebook PCs peaked in 2011 when shipments reached 209 million and dipping for years to come. The year after, in 2012, notebook sales dropped to 201 million, declining to 162.6 million in 2015. Sales started to recover in 2017 when sales reached 161.1 million units and will increase to 173 million in 2019.

But Chromebooks did fairly well in terms of sales despite the turbulent times the PC and notebook market had just entered. A year after its introduction Chrome just made up 0.2% of all computer and tablet sales, but shortly after sales started to really pick up for Google’s laptop. This didn’t leave established parties unfazed. Microsoft went all in to slander Google’s reputation and mitigate the potential damage the Chromebook could have on the PC market. In 2013 Microsoft launched the Scroogled ad campaign to break down the credibility of Google, its products and its dubious business model where data is the business model. Microsoft started selling mugs and t-shirts with anti-Google slogans such as ‘keep calm while we steal your data’-accompanied by the Chrome logo. A television ad further reinforced the Scroogled campaign, targeting the Gmail application provided by Google.

With such low sales volumes one might argue why Microsoft took this stance. But The Verge noted that Microsoft began to worry about its position in the market. observed that its ad campaign could backfire, saying, ‘(…) Microsoft’s offensive could backfire, drawing more attention to a platform that many consumers aren’t familiar with. Google has been aggressively pushing its range of Chromebooks with simple ads that focus on the price of the laptop and its simplicity.’ And in some sense it really did backfire. A year after its ramped up campaign, Chromebooks were able to take up 10% of the computer market. One of the major factors in the spike in sales is the low price point of Chromebooks, which at the time were priced at around $250. A practical steal for the average user.

A series of well timed bets

When breaking down the different market entries that Google performed in the years before and after it launched its Chrome browser, we can see they were right on the mark. They purchased and launched Android when Apple opened up the market for smartphones and competitors like Sony and LG were wiped out of the smartphone scene where they once had reigned supreme. Windows Mobile was experiencing its own fall-out of disappointment, which left the market wide open with a vacuum for a new competitor to enter and grab the market. Google saw its chance and put all its bets on Android. This gamble resulted in Google grabbing a significant portion of the smartphone market through its partnerships with HTC and T-mobile in the early stages. The press was all over it, fueling the hype.

In the PC market, Microsoft’s monopoly was being torn apart by regulators which allowed competitors to introduce their versions across the massive Windows user base. And yet again, Google had a product ready, its Chrome browser. Through the strong distribution network of Windows, its Android platform and its Chromebook laptops, it was able to scale fast, reaching hundreds of millions of users around the world who were reading for something new.

Starbucks rose to number 37 on the Forbes list of most valuable brands. Why did this corporate behemoth decide to launch its Reserve Roastery...
Read More