How Luxottica monopolized the eyewear industry 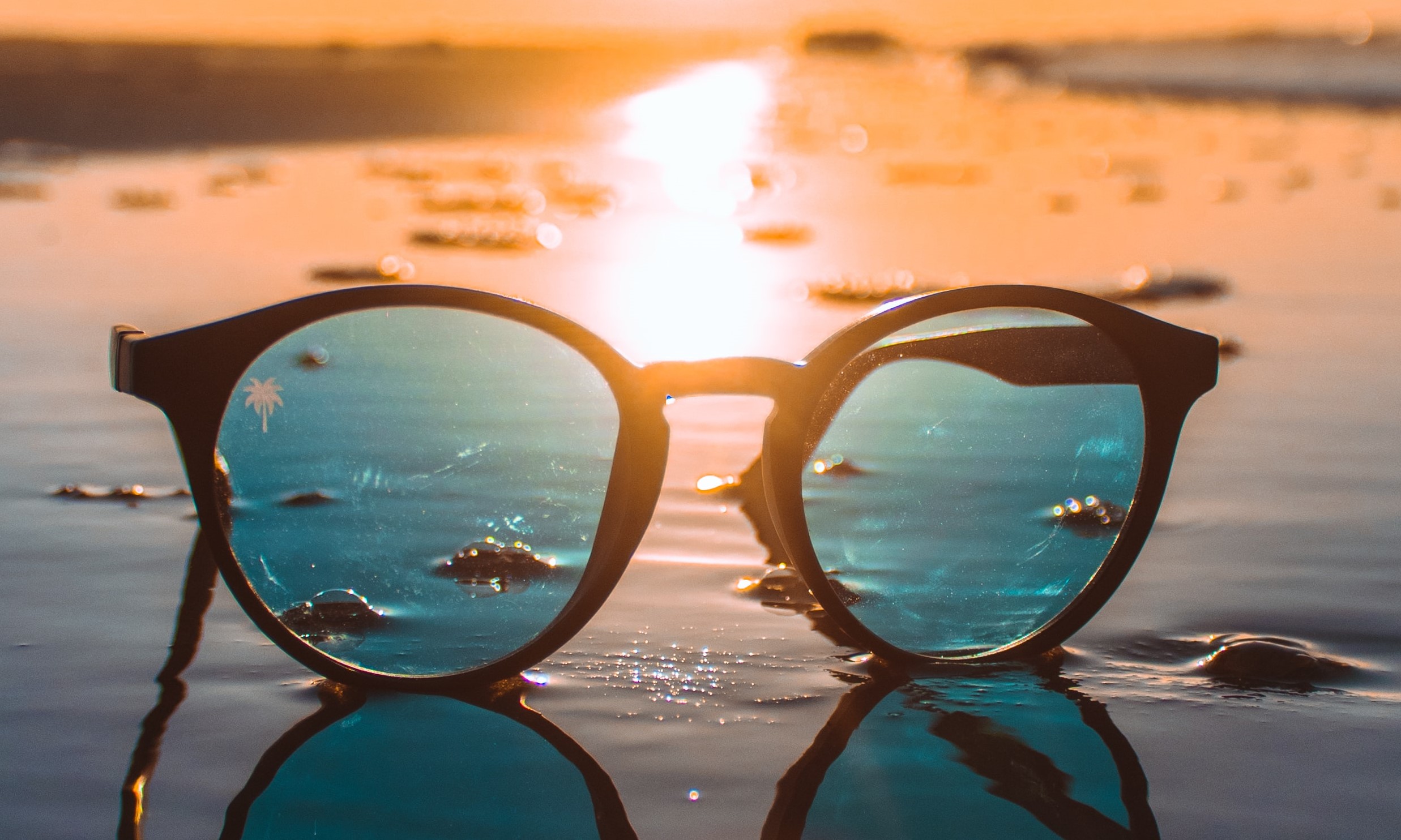 We all know Ray-Ban, Prada, Oakley. But did you know that they are owned by just one company, called Luxottica?

Luxottica may not ring a bell immediately, but they are a force to be reckoned with. They had an impressive revenue of €9.4 billion in 2019 and drew 73% of its net retail sales from North America alone. How did this eye-wear manufacturer become so large that it owns nearly all of the top luxury eye-wear brands and generates billions of dollars in revenue?

Aggressive expansion across the globe

Leonardo Del Vecchio worked as an apprentice, molding medals. In the evenings he learned engraving and design at the Brera Academy. After three and a half years he got tired of working as an apprentice and through a friend, who owned a dye factory, he started working as a head machinist. Vecchio left the business and returned to Milan to start his own stamping workshop. Through his business he got connected with several clients, one of them was a parts supplier for an eyewear manufacturer in Agordo. Vecchio learned that Agordo gave out free land and subsidies for young entrepreneurs and he decided to stop his stamping business and seize the opportunity to start his own eye-wear components company. Leonardo’s journey with Luxottica starts as he opened his eye-wear workshop in Agordo in 1961.

During the early days he had difficulties with its clients, who proved unreliable with orders and payments. Distributors decreased their orders for no apparent reason, which made him realize that being dependent on them was a business risk. This deep rooted conviction, he related to his fear of becoming reliant on others for his future. He set out on a mission to obtain full control over the supply chain and in order to do so he first needed ownership of the distributors. His ultimate goal was to manufacture the entire frame without the risks of suppliers not delivering and clients not paying.

Ten years later, the company created its first framed sunglasses. It exhibited 7 to 8 handmade metal models at the MIDO trade fair in Milan, the epicenter of Italian fashion. This was the moment Luxottica was established. Vecchio liked the simple name that would stick and organically found its way when preparing contracts. The second big turning point was Luxoticca deciding to directly sell to consumers by obtaining their own retail outlets. Not relying on subcontractors and retailers who closed down gave them more security, because those who don’t get into trouble, Vecchio said. Although it would take decades before the company would make this step.

Luxottica began a rapid expansion by buying different brands and manufacturers during the 70s and 80s. In 1974 they acquired the Italian wholesale distributor Scarrone. In 1981 they paved their way into the international market by opening a German subsidiary and acquired Avant-Garde Optics based in the United States. After going public on the 24th of January 1990, the shopping spree took flight.

In 1990, they acquired Vogue Eyewear, in 1992, the Brooks Brothers, three years later Persol and becoming the first manufacturer in the eye industry that also delivered their products directly to consumers by acquiring LensCrafters in 1995, who at the time was the largest eyewear chain in North America. In 1997 Luxottica acquired Bulgari. In 1999, Ray-Ban, Chanel and many more. Today, Ray-Ban is one of the hottest brands, but when Luxottica purchased it, the brand was struggling. Luxottica rebuilt Ray-Ban through its strong drive to sell through its own retail stores. It took four years before the company was able to generate a profit from Ray-Ban.

During the 2000s, Luxottica obtained more licenses to distribute another batch of luxury brands. In 2003, Prada and Versace were added to the portfolio. Followed by DKNY in 2004 and Dolce Gabbana and Burberry in 2006. The acquisition of the luxury brands falls in line with the growth of a new class of wealthy consumers in China. In 2021, a report cited by the Business of Fashion, found that just 1.5 million consumers in China spend over $6.255 on luxury items with a shift from leather products to ready-to-wear goods. Luxoticca was aware of this up and coming Chinese demand through its manufacturing partnership in Dongguan, in the province of Guangdong and prepared its entry into the Chinese market with the acquisition of premium optical chain Xueliang Optical in 2005, which helped it gain the necessary foothold in China through its 149 stores. Seventeen years after its purchase of Ray-Ban and eleven years after the purchase of Xueliang Optical, Luxoticca opened the first Ray-Ban store in China, within six months later reaching 50 stores and in 2018, the brand had over a 100 stores.

Luxottica goes into sports and firms its grip on manufacturing

In 2007, Luxottica acquired Oakley for $2.1 billion. An interesting purchase, where they branched out into the sportswear category. In a press release Luxottica praised the iconic brand for its unique design perspective, becoming leading within the sports industry. The company sees massive growth potential for Oakley within its portfolio and expanding the product line-up for Luxottica who has been acquiring luxury brands, but created a gap for itself within the lifestyle and sports category. Through Oakley, Luxoticca also added an additional distribution and manufacturing opportunity, leveraging the technical expertise accumulated at the sports brand.

In 2019, Luxoticca finalized its acquisition of Italian-based Barberini. The company was acquired for a modest amount of €140 million. The manufacturer founded in 1963 specializes in high-quality optical glass lenses. Leonardo Del Vecchio, Executive Chairman of Luxottica commented in a press release, ‘Luxottica welcomes to its industrial system worldwide excellence in the production of optical glass lenses. (…) Barberini will allow us to strengthen our technological leadership in the sun and ophthalmic lenses and opens great development opportunities for the future.’

The building of a monopoly

From an outside perspective, it looked like Luxottica was chasing the ultimate corporate goal, but the creation of a monopoly seemed to be second nature for the company, following the mindset of its founder, Leonardo Del Vecchio. He wanted to decrease the reliance of its company on third parties, securing profitability and continuation of its business.

Interestingly enough, in 2017, Luxottica themselves became part of an acquisition. French-based Essilor International bought Luxottica for $24 billion. Bloomberg noted, ‘Four years after talks began, the 81-year-old Italian billionaire said he’s achieving his dream of combining the two businesses, creating one company that’s strong in lenses, frames and eyeglass retailing.’ Bloomberg observed that this would be the biggest acquisition of an Italian business by a foreign company. The company merged into EssilorLuxottica. But it wasn’t enough for this conglomerate.

They were owning the whole supply chain, from start to finish. The staple definition of a monopoly.

In 2019, it sets its sights on acquiring a 76,72% stake in GrandVision. GrandVision has over 7,000 physical stores in over 40 countries, reaching 150 million customers annually. They are best known for brands like Eyewish, McOptic, +Vision, Pearle, and many more. The company is therefore an interesting partner of EssilorLuxottica, which can further capitalize on the eyewear market. Although this merger didn’t go as planned. In June 2020, regulators in the European Union issued a charge sheet concerning the merger. For obvious reasons the regulators were concerned about the growing market share they were obtaining in the wholesale market for eyewear products.

In December of the same year, EssilorLuxottica announced it lost interest in the merger due to the decreased performance of the brands within the grand vision portfolio. After acquiring all those companies, it’s not surprising that Luxottica is caught in a firestorm of legalities surrounding its market dominance in the eyewear business. But is a monopoly inherently bad?

When a monopoly goes south

Monopolies come in many shapes and sizes. Investopedia looked at the different monopolies, distinguishing two, the natural monopoly and the government-sanctioned monopoly. A natural monopoly is created to ensure basic utilities such as electricity or water are provided by a single corporation which can be subsidized by the government. A sanctioned monopoly, as the name implies, a government can force a company to dissolve into smaller ones. History buffs among us will recall the case of Standard Oil in the 19th century.

In 1870 the infamous conglomerate between Rockefeller, Maurice B. Clark, Samuel Andrews came to be called The Standard Oil Company. The businessmen partnered up to combine their businesses and know-how into one oil behemoth. They held key positions in the supply chain, from refining, production to marketing. Combined they controlled up to 95% of the oil production in the United States. Together they possessed enormous purchasing power, able to snatch up competitors. Either by taking them in or bankrupt them into oblivion. In 1899, it became a holding company. They made it impossible for newcomers to enter the market. And even if companies wanted to enter the market, every step of the way, they would encounter Standard Oil. Consumers on the other hand would have no choice but to buy at Standard Oil, may it be knowingly or unknowingly. At this point in time, the federal government wasn’t too happy. Seeing a group of wealthy industrialists capitalizing on a complete market. In 1906, under the Sherman Antitrust Act of 1890, named after the U.S. Senator John Sherman, now in New Jersey-based holding, had to dissolve. They were ordered to divest the 33 companies part of the holding.

Luxottica has the power to rule the market

Luxottica is going the same way as its conglomerate predecessors. It has been acquiring a lot of companies and brands within the supply chain to obtain market dominance. One can argue whether in terms of sunglasses it’s a bad thing. In the market for eyeglasses and sunglasses within the same category, questions can rightfully be raised. Wearers are dependent on them within their daily lives.

A company like Luxottica can raise prices through their retailers and down the line insurers either fork out more money or the consumer has to put down more for a new set of glasses. Luxottica has brilliantly played the game of chess on the capitalist market board game, but sometimes, enough is enough. Regulators will have to split up Luxottica to ensure that competition can thrive and newcomers can enter the market with new and innovative products. If one has all the power, there’s no incentive to change. Only to raise prices to generate more revenue year over year.

Google has been investing heavily in its payment solution Google Pay for some time now. But will we ditch our bank cards in favor of Google?  I...
Read More