The decline of smartphone legend HTC 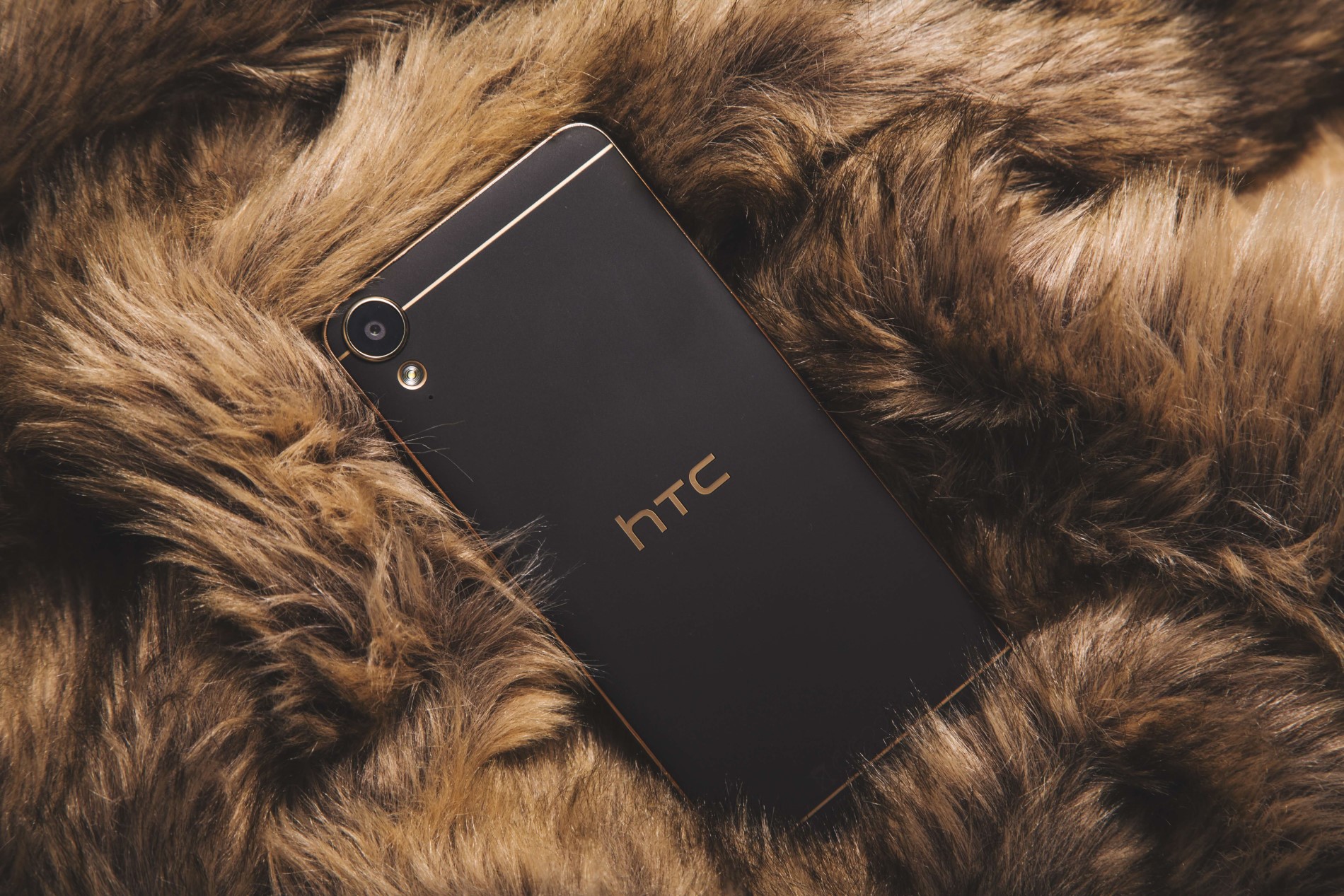 HTC was one of the most innovative and daring smartphone brands during the rise of the smartphone, but it’s now a shadow of its former self.

I recall HTC very fondly with its daring, high end designs, front facing speaker. Smartphones that stood out from the plasticy Samsungs and overpriced iPhones, but today you’ll hardly find anybody using an HTC. How did this icon fade from our memories?

From Windows phone to VR-headset

When you look at HTC today, you might wonder how it morphed into a company pioneering in the smartphone industry and that is now heavily investing into VR, trying to step away from its past. Mind you, a colorful past that played a major role in the development and growth of Android.

HTC was founded back in 1997 in Taiwan where in 1998 it launched the first Windows CE PDA ,the HTC Kangaroo. Back then, PDA’s were the precursor of what a smartphone would become, may it be in a business setting. Touch screens were widely available on these devices, but only the iPhone launched the technology in the mainstream. I was eyeballing PDA’s back in the day as a kid. They were such a novelty in my eyes, technology so groundbreaking it seemed otherworldly.

The true breakthrough of HTC came in 2008, when it released the first Android phone, the HTC Dream. It would mark the beginning of a new smartphone era. The rise of Android.  After that HTC began speccing into design, creating high end phones that would be on par with the iPhones of the day. While Samsung was on the rise, they couldn’t keep up with HTC. The Hero, the first phone that sparked the design language launched in 2009. And I was a proud owner of one myself as well.

HTC was on a roll in the early 2010’s. In 2010 it was the ranked 31st most innovative company by Fast Company.  In 2011 it was labeled as the top 100 most valuable global brands by Interbrands. But the tides were quickly changing for HTC and it would never be the same.

The winds of change

It’s very easy to point out declining sales and decreasing revenue due to meager smartphone releases as the sole reason why HTC fell from the pedestal. A company never works alone, in an isolated lab environment. It’s part of an organic ecosystem that’s changing rapidly and especially in the digital world where companies come and go. Before we dissect the reasons HTC fell from glory, we need to set the stage for the world HTC was operating in.

Social media was coming up fast and Facebook was rapidly growing its user count. In Q4 of 2009, the platform had 360 million monthly active users worldwide, in Q4 2010 608 million, Q4 2011 845 million and at the end of Q4 2012 it reached over 1 billion users. Together with Facebook, the selfie era took off. Facebook’s subsidiary Instagram, who bought the company in 2012, was picking up speed. In January 2013, the same year 3D television was declared dead,  Instagram had 90 million active users, at the end of 2014 it had 300 million and 2 years later in 2016, the network had 600 million users. It would reach the 1 billion mark in 2018. While growing social media users doesn’t reveal much, the rise of a platform like Instagram indicates that consumer demand is shifting to visual content and the death of the 3D television, showing that the smartphone is becoming a replacement for traditional media consumption.

The smartphone landscape was also rapidly changing. Nokia had a market share of 36.87% in 2010 and was dominating the mobile phone market, but rapidly going downhill, having a market share of just only 9.19% in 2015 and a meager 0.76% in 2020. Samsung on the other hand, starting with a market share of 4.57% in 2010 grew fast. In 2015 it had reached a share of 31.94%. Samsung was spending astronomical amounts on advertising to capture that market. In 2012 the company spent $11 billion on marketing. Five years later, it would spend another $10.5 billion on marketing, where $3.9 billion went directly to advertising, 15% more than the year prior. Samsung was aggressively aiming to capture the smartphone market. While the budget decreased slightly 5 years later, it was still an absurd amount even by today’s standards and an indicator that it kept spending to maintain its position. Samsung even surpassed advertising powerhouse Procter & Gamble.

It’s not that HTC was blind to all these developments. In 2013, they launched the HTC First. A phone with Facebook in mind. It was a logical step as Facebook was still growing rapidly, attracting users from all over the world. The phone was praised for its stock Android experience, but unfortunately lacked in the camera department. Something that was becoming more and more important as users were transitioning from Facebook to the picture centered platform Instagram. HTC was feeling the heat from its competitors and it went radical by increasing the digital marketing spending by 250% and traditional media with 100% compared to 2012. Peter Chou admitted that its marketing efforts were not sufficient in 2012 and stated, “Our competitors were too strong and very resourceful, pouring in lots of money into marketing. We haven’t done enough on the marketing front.”

In August 2013 the company launched a campaign with Robert Downney Jr. to be more in tune with its consumer audience. The ‘Change’ campaign would be the personification of its increased marketing budget. But the products couldn’t keep pace at which the others were innovating. HTC wasn’t able to replicate the success from its former glory days with the HTC Hero, One X and M8. It was cranking out phones which were subpar to competition and couldn’t convince consumers buyers to pick the brand over the others.

Just glancing at the reviews from popular smartphone reviewers GSM Arena, we can see how HTC made some wrong decisions along the way. The M8 was perhaps the peak in the line-up of HTC, with GSM Arena saying, “Superb to look at and hold and extremely capable, the HTC One (M8) is a proper flagship smartphone.” But it wasn’t prone to errors and it was revealing a mistake HTC kept repeating, the sloppy camera. GSM Arena continues, “Unfortunately, we can’t avoid the elephant in the room that is the One’s (M8) camera setup.” Just like with the HTC First, the camera was nothing to be proud of.

Competitors were taking the glory, like the Galaxy S5 which was released in the same year. The design wasn’t as polished as the HTC M8, but it was outdone by the camera performance. GSM Arena about the Galaxy camera, “There’s also the tangibly better stills and 4K video recording, which put the Samsung Galaxy S5 in the running for the cameraphone title.” We learned in previous sections that platforms like Facebook and Instagram were quickly growing in popularity. Cameras became more and more important. Consumers aren’t forgiving to those who don’t listen.

The U12+ released in 2018 would be one of the last flagships HTC would produce. While the device came back good with the speaker setup, a feature that distinguished the brand in an era when speakers on phones were a thing, it couldn’t save itself from losing to its competition yet again. Despite updating its camera, GSM Arena noted, “If you’re looking for the holy grail of cameras, consider the Huawei P20 Pro. Its camera is a triple-threat (quite literally) to other phones.“ HTC just couldn’t keep up and it couldn’t get back into gear after previous failed releases. It was betting on the wrong horses.

Moving to a new reality

I have a hunch that HTC felt the tides turning against it a few years prior and it wouldn’t be able to compete in the extremely competitive big budget smartphone industry. In 2015 HTC decided to get into a whole new digital industry, the world of VR and announced its collaboration with Valve. HTC would deliver a VR experience with its Vive headset, which would be connected to the digital games store Steam.

The CEO of HTC, Peter Chou said “We believe that virtual reality will totally transform the way that we interact with the world. Virtual reality will become a mainstream technology for the rest of the world.” One might wonder if all this boisterous speech is worth anything when the company was in a revenue freefall. In 2016, little more than a year after its announcement, the HTC Vive had an install base of about 100.000.

In 2019 the newly appointed CEO of HTC Yves Maitre set out to further expand the VR business saying, “Across the world, HTC is recognized for its firsts across the mobile and XR space. I am incredibly energized to grow the future of both 5G and XR alongside HTC employees, customers and investors.”

Being the underdog is not enough

HTC was performing perfectly during the rise of the smartphone in the early 2000’s. It brought out products that set it apart from the competition. The hardware design was enviable for those who had competing brands. They embodied quality and innovation. One might argue that this made HTC sluggish to improve in terms of software and hardware. The consumer wanted to take stellar photos for their increasing time spent on social media.

You can also conclude that how was a small underdog brand like HTC ever going to compete with powerhouses like Samsung and Apple, with the first one taking the market by storm with marketing budgets as deep as the neverending depths of a black hole. Even by increasing the marketing budget with hundreds of percents, it wouldn’t make a dent with companies like Samsung dominating every media outlet, every platform across the world.

So is it fair to say that just by improving products HTC would’ve won? No. But they could’ve bumped up their hardware where the competition was moving, which in this case is painfully obvious, the camera. The company could also have started earlier with increasing its marketing spending and not when it’s too late. As a company you need to be vigilant and look at the competition to stay on par. I’m not saying you should give up your identity just to maintain sales, because then you’ll lose even faster and the only solution that remains is slashing prices and increasing your marketing budget.

Frozen became one of Disney’s most successful franchises with Frozen II alone generating over $1 billion in revenue. How did this franchise become...
Read More