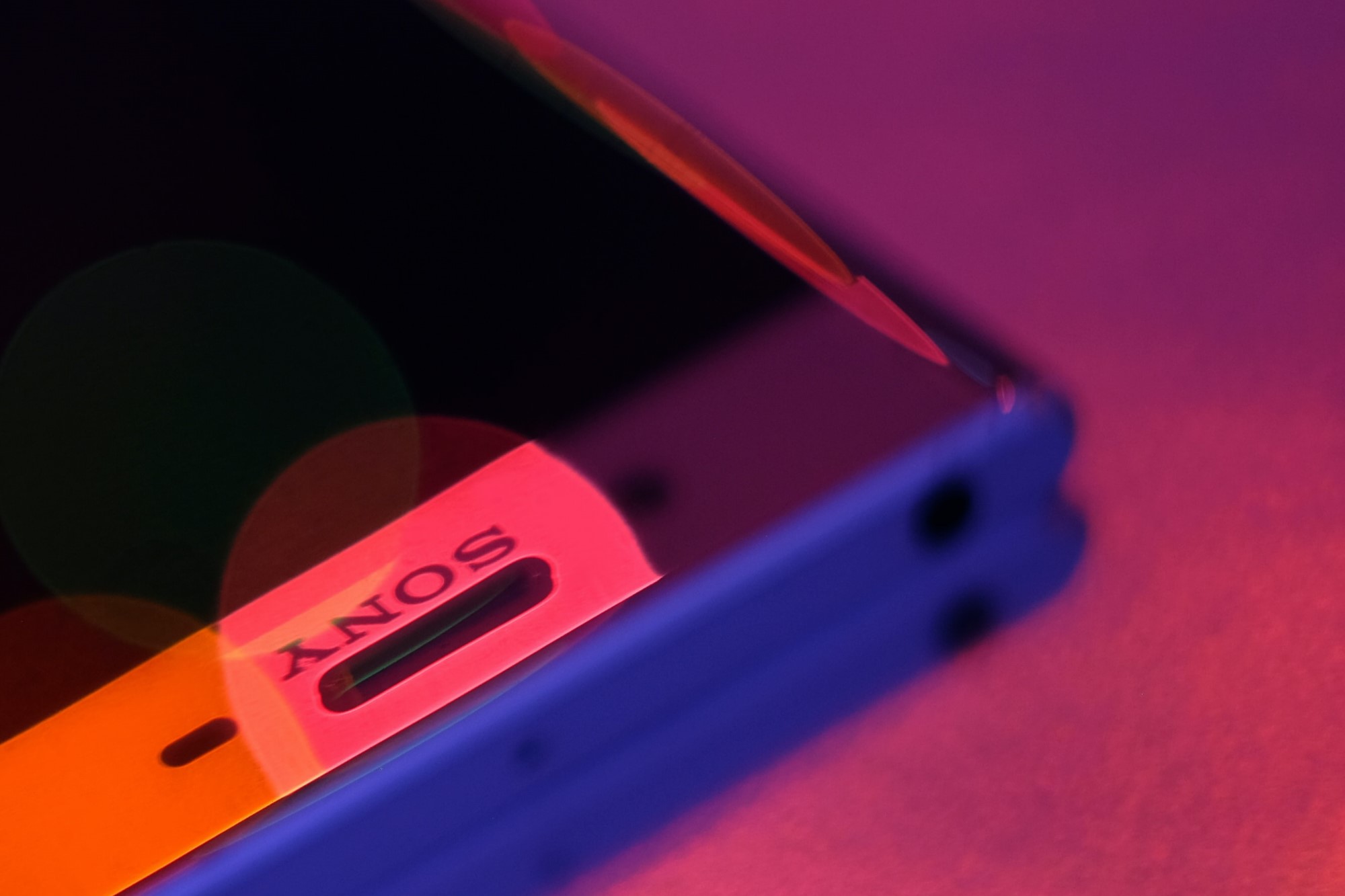 Tech giant Sony delivered an unparalleled mobile experience with its Walkman phones in the early 2000’s, but is now a far cry of its former self.

Sony Mobile today is almost completely vanished from the smartphone scene. In 2018 the mobile unit was labeled to be following the same trajectory as HTC by The Verge. It’s sales were falling rapidly. In Q1 of 2020 Sony shipped a meager 400,000 Xperia smartphones worldwide, a decrease of 63.7% compared to the same period the year prior. In 2019 the company announced it would lay-off half of it’s smartphone staff, reducing it from 4,000 to 2,000 employees. How did one of most well-known mobile brands fall into near nothingness?

Most consumers who have seen the evolution from cellular phones to smartphones, will be most familiar with the brand Sony Ericsson. The iconic green silver circle plastered on mobile phones across the world. Sony and Ericsson combined their powers through a joint venture in 2001, with its headquarters in London. The joint venture would house 3,500 employees and launch a global product, marketing and sales strategy.

Sony Ericsson launched a multitude of mobile phones with different operating systems during this joint venture, with one of the more interesting additions to the line-up, the Sony Ericsson Xperia X1 which was unveiled in 2008. A mobile phone running on Windows and manufactured by none other than HTC. Back then the market for operating systems was still a free for all with many competitors like Symbian, Windows, iOs, Android and in-house software battling for market share. It wasn’t the duopoly of Google and Apple we see today.

With an increased marketing war chest, Sony Ericsson became a well-known player in the advertising scene. The tennis tournament Miami Masters would carry the name Sony Ericsson Open from 2007 to 2012 with star players like Djokovic and Murray playing on the green purple court. In 2015 Sony announced it would prolong its sponsorship of the UEFA Football cup and add the Xperia brand alongside Playstation. Sony Ericsson affiliated itself to the biggest sports tournaments.

Sony was losing on multiple fronts

The arrival of the Apple iPhone was a major blow to many established mobile phone manufacturers, with Sony being no exception. The iPhone, released in 2007, sent shock waves through the mobile manufacturing industry and the fall-out of the economic crisis hit Sony especially hard. The timing couldn’t have been worse for Sony as it had not only a new competitor who released a product at the bleeding edge of technology, its sales in other categories slumped as well, prompting the company to take drastic measures.

We can see the effects when looking at the fiscal years from 2007 up to 2019. Sony wasn’t able to recover from its peak revenue in 2007 where it generated a total revenue of $88.71 billion, sharply decreasing to $78.88 billion in 2008 and eventually falling to $68.47 billion in 2014. A decrease in revenue of almost 23% in a span of seven years. Sony has recovered to a revenue of $76.92 billion in 2019, but it’s still far away from its 12 year peak in 2007. To stabilize its cash position, the company announced in December 2008 that it would cut 8,000 jobs and decrease investments in semiconductors and outsource the manufacturing of image sensors for mobile phones. In 2012, Sony announced it would shut down a factory in Japan, cutting another 2,000 jobs, which would save the company $385 million.

The Playstation 4 may have become the salvation for Sony, bringing in the necessary capital and vastly growing its gaming business. In 2011 Gaming & Network services generated $7.57 billion, growing to $18.19 billion in 2019. But Sony was losing fast in its mobile communications division. It generated an astounding $13.18 billion in 2012 but rapidly decreased to $4.49 billion in 2018. With the advent of the smartphone, consumers were moving away from its home entertainment products and as with Sony not having an alternative available in the mobile space, potential buyers moved straight to its competitors.

Sony had a troubling line-up and the Ericsson brand disappears

The problems for the company started to stack up after the 2010’s when its revenue began falling rapidly and it was desperately searching for a product that could compete with the iPhone whilst trying to keep its operations afloat during the economic crisis. Sony’s first Android smartphone, the Sony Ericsson Xperia X10 was released in 2010, receiving mixed reviews. Engadget found many issues with the software, which ran poorly on the state-of-the-art Snapdragon processor. The device could handle one task smoothly, whilst freezing during simpler ones like opening a pop-up.

A year later, in 2011, Sony Ericsson released the Xperia Play. Looking at the phone now it might seem an odd addition to the line-up, but Sony was trying to carve out a niche for itself and make up for the declining popularity of its handheld console, the PSP. The Xperia Play unfortunately didn’t become the cash printing machine Sony had hoped for. Techradar noted that the software was riddled with bugs and combined with the high price point it would be a difficult sell. It’s mobile experience was sub-par to competitors like the iPhone and devices like the 3DS did a better job as a gaming device. The Xperia Play felt like Sony tried too hard to be both and in doing so couldn’t excel in either category.

A major decision was made in 2012 when the name Ericsson would disappear and the phones would just be branded as ‘Sony’. The first phones released under this new label would be the Sony Xperia S and the Ion. The move came as a follow-up to the acquisition of the remaining 50% stake of Ericsson in the joint venture. Executive vice president & head of sales and marketing at Sony Ericsson Kristian Tear, said to the Times of India, “Sony is the world’s biggest entertainment company. We were earlier a 50-50 JV, but now that we are a wholly-owned subsidiary of Sony Corp. We expect to gain from its assets on the content, technology and brand side.”

It was obvious that Sony realized it needed to take full control of the company to reclaim its declining market share which was about 2% of the global smartphone market. It would need to ramp up its marketing efforts to catch up to the competition. Although throwing a lot of money against mediocre products, won’t guarantee stellar sales. Therefore in the same year, Sony appointed Kunimasa Suzuki, president and board member of Product Strategy Group and UX, as President and CEO of Sony Mobile Communications. Suzuki would be responsible for an optimized integration of the Sony Mobile division into the Sony product line-up and streamlining the user experience.

The world got to experience its new design philosophy in the form of the Sony Xperia Z Ultra  phablet, released in 2013. The Xperia Z Ultra was a precursor of how the smartphone market would be, but unfortunately it was ahead of its time with its large screen, resulting in the phone receiving yet another mixed reception. GSMArena said about the Sony Xperia Z, “Phone or tablet? One of the rivals was telling us to “feel free”. If asked, Sony would probably go for a simple yes. As in, why not have both. As in we cannot quite make up our mind either.” The phone was a mixed bag despite its impressive performance and build.

A year later Sony figured that the Xperia Z Ultra was a tad on the large side and hence it released the Sony Xperia Z1 Compact. A more modest sized flagship. The phone was well received and GSMArena referenced the Z Ultra, saying “Sony’s water resistant designs certainly draw attention, but the sheer size of the big Xperia Z1 turned many away. The seemingly small change – just the size – can make a world of difference.” Despite all the relatively impressive phones, the acquisition of the Ericsson stake and some missteps along the way, couldn’t nudge profits in the right direction. According to the Verge, Sony was experiencing difficulty gaining traction in the United States, the home-base for Apple, which interestingly enough uses Sony camera technology.

The company announced that it expected that in 2015, that sales would decline and operating losses increase. And it’s predictions were right. In the last quarter of 2015, Sony still wasn’t up to speed, with its sales down 15% in Q4. Notebookcheck put it eloquently, saying, “Sony has cornered itself into a tight spot these past few years as competitors in the smartphone, notebook, TV, and gaming sectors have pushed the Japanese giant out of the limelight while offering less expensive and more lucrative alternatives.”

That was one of the core issues that Sony was facing with its product line-up. It released beautiful smartphones that excelled in terms of hardware, but couldn’t compete with products that offered the same rich experience for less. The Japanse hardware giant lost focus, panicking as to which segment it should save first and how to incorporate it into its product range. The Xperia Play, which was not a smartphone nor a Playstation Portable was the perfect example.

Sony was trying to find the right product

From the sidelines, it’s easy to see that Sony didn’t get the memo on what the consumers wanted to see in a smartphone. And what they were willing to pay for it. The company was losing on multiple fronts, trying to restructure and reorganize its portfolio for a new future that was unfolding in front of them, rapidly.

Many manufacturers operating in the smartphone industry were caught off guard by the introduction of the iPhone and the rapid growth of Samsung with its Android operating system. It was a whirlwind that shook the market and spawned new industries all over and destroyed others along the way.

Sony was no exception and its size became its Achilles heel. It was trying to save, and generate revenue across all its segments. Its buggy software experience and hit or miss line-up following the iPhone launch, weren’t able to appeal to a large enough audience through which it could reclaim its quickly decling market share. Sony with all its hardware expertise, lost the software race.

Japan was an entertainment powerhouse, but for few years, it is overshadowed by South Korea. Cool Japan has to restore it to its former glory. ...
Read More