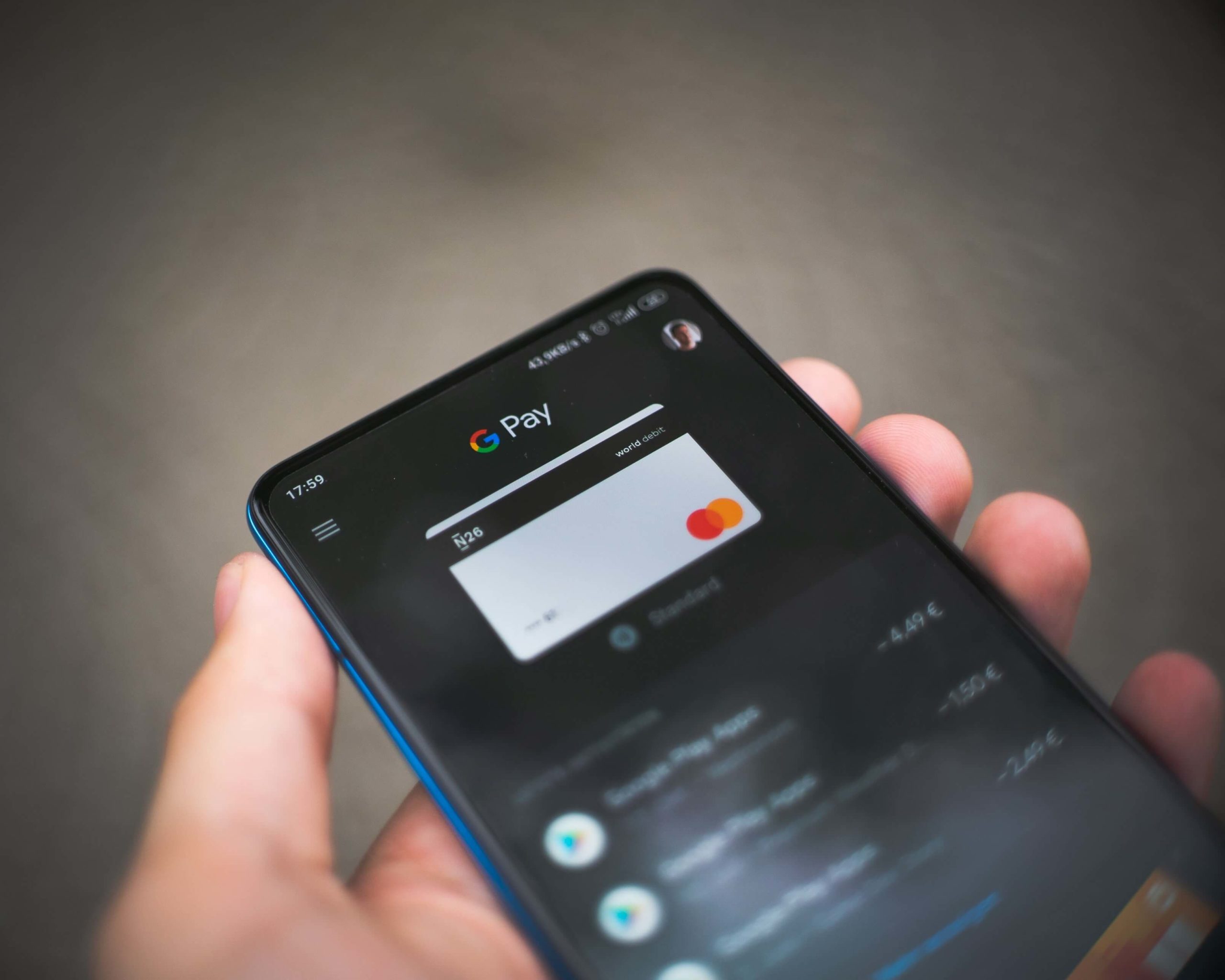 Google has been investing heavily in its payment solution Google Pay for some time now. But will we ditch our bank cards in favor of Google?

I was triggered to write this article as my trip in Japan has left me baffled at how much Google was advertising for its payment solution. It was on television, large promotion teams were standing in front of major stations at beautifully decorated stands. Google was onto something and it wanted the world to know.

I’m assuming that most readers won’t be using Google Pay yet, so we need to start by learning what it actually is. You can pay with your phone through Google Pay, an application which stores different banking cards in your Google Account. You can also send and receive money to an email address or phone number. It all sounds pretty straightforward. The rationale behind releasing a payment method isn’t shrouded in mystery as well. Google is looking to diversify its business model and wants that sweet per transaction revenue of contactless payments.

The battle of the giants

The story of Google Pay starts back in 2015, when Google announced Android Pay during its annual developer conference. It was the spiritual successor to the Google Wallet, which didn’t get a lot of traction and Apple Pay was off to a flying start, leaving Google in the dust. Three years after its inception in February 2018, Google decided to ditch the name Android Pay for Google Pay, which was more aligned with industry competitors. Google Pay would also be more integrated with its other products such as Chrome and Assistant.

To get a grips on why Google Pay has been facing stiff competition and couldn’t really get a headstart from Apple Pay, I want to look at some strategic choices which may have either benefited the growth or the opposite. I’m going to pick some interesting cases around the world for us to get a grasp on how poor market research and decision making can break a product’s success.

India’s emerging and growing economy translates into new cash flows moving in all directions and across all layers of society. It’s almost a no-brainer for a tech giant to want to tap into this lucrative market. Such a new developing economy requires new forms for processing payments and therefore the perfect market for Google to enter. On the 18th of September 2017 Google launched Tez in India. A free mobile wallet specifically created for local Asia markets. Tez would replace cash payments through a new technology called AQR, which stands for Audio QR.

Six months after its release, Tez had 16 million active users in India in May 2018. Back then it was still to be believed that Tez would be stand alone products and integrate with other Google products, but shortly after, we learned that Google had other plans in mind. A rebranding to Google Pay followed in August 2018. With the rebranding it made instant loans available. The move itself isn’t surprising as it is in tune with the rest of the world, but it is very Google to keep fiddling around with brand names or discontinue services on the go.

They didn’t leave it at just the rebranding though. They went all out on the 14th of August 2019 with a narrated commercial by Sachin Tendulkar the coach of Ramakant Achrekar a local Mumbai cricket legend. The pickup after its rebranding and marketing efforts was well received among the general public. Google Pay had reached 67 million active users in September 2019. A strong growth from the 22 million users the same period in the previous year. Google was gaining momentum in India, but around the global, it wasn’t so lucky.

Claiming market share in the land of the rising sun

At the start of the article I said that I was amazed by the amount of marketing that Google was throwing against Google Pay. It was all over the place, but one might wonder why Google was so invested to launch its payment service in Japan in the first place. Cash was still the dominant force in 2019 according to The Japan Times, with 4 out of 5 payments being made with cash. It’s in stark contrast to its next door neighbor South Korea, where 90% of transactions are digital.

Google faces tough competition from local players such as PayPay, LINE Pay, Rakuten Pay, Origami Pay and many others

To put this into context we have to take a look at why cash is still so prevalent in Japan and why Google should’ve bet its marketing dollars in a country with a more receptive audience. It will be no surprise to many that Japan values its traditions and cash is one of them. In an article in the technology magazine Wired, cash is a gift which travels through a Japanese persons’ life, from the New Year envelopes for children and even in the small minute detail how cash transactions take place in Japan. You don’t place your cash in the hands of the shop clerk. No, you place it on a small platter, where the clerk takes the money in with both hands. It’s handled with respect, instead of the palms up in Western countries. Although it has some better efficiency, but I’ll let you be the judge on that. According to the same article, Japanese customers value small-businesses and don’t want to subsidize mega corporations with the 3% fee that needs to be paid by mom and pop shops for every cashless payment.

Despite this lackluster market, Google faces tough competition from local players such as PayPay, LINE Pay, Rakuten Pay, Origami Pay and many others. Even Pixiv Pay, the Japanese counterpart of DeviantArt, which can be used in major chains such as Lawson and FamilyMart. Cards like PASMO and Suica are used extensively in public transport, convenience stores, vending machines and the likes. But they are prepaid and need to be upgraded with cash at designated machines. All these different factors combined reveal the marketing for contactless payments is far from ready. It needs a cultural shift before it can see any proper pick-up in broader society.

A fragmented release in the contactless powerhouse Europe

Emerging economies such as India are rapidly adapting contactless payments, because there is no established alternative such banking cards. The situation is different across Europe with a well developed banking and payment climate. Mastercard found in 2018, that almost 1 in 2 transactions was done contactless in Europe. Countries such as Denmark, the Netherlands, Greece, Poland and Hungary have a contactless payment adoption rate of over 50%. It would be the perfect market for Google to tap into as it seems that Europeans are eager to try and embrace new payments methods. But it hasn’t been smooth sailing for Google Pay in Europe either.

The United Kingdom welcomed Android Pay in 2016, a market where Apple Pay was also available for almost a year. It was the second region which received Android Pay, but the BBC noticed that consumers were still reluctant to pay through their phones. But Google wouldn’t only compete with Apple, Samsung was also announcing a launch of their payment services. When Google launched Android Pay in July of 2017 in Spain, it was also heralded with scepticism. Spain was the 14th country where Android Pay was introduced, a country where contactless payments weren’t widely adopted yet.

Emarkter found that Google was late to the party as Samsung Pay was already available since June 2016 and Apple Pay in December 2016 as well. Google’s competitors had the market for themselves, despite Google having a market share of 91.2% with its Android operating system. At the time in Spain contactless card payments represented 30% of all card payments. Spain wasn’t fully ready to embrace mobile payments just yet, but there was market potential. An even sadder approach was the launch of Google Pay in France as late as December 12, 2018. May it be just before the holiday period. But just like in Spain, Samsung Pay and Apple Pay were already present. It’s difficult to break into a market which is practically a red ocean.

Manufacturers aren’t the only competitors that Google has to fight for market share with as well. Banks are getting up to speed with integrations through the NFC technology found in almost every smartphone nowadays. In 2016 this was still a disclaimer, but now nearly all smartphones have this technology onboard. Google Pay, at time of writing, is still not supported in the Netherlands and Apple Pay and local banks are picking up speed, claiming market share as they go. It almost looks like Google had miscalculated its launches and chose to release its services in countries with low demand, skipping key markets or just being plain too late.

There can be multiple reasons why a launch didn’t happen. It can be regulations or just poor decision making. Google has had success in India, with a steady pickup, but it’s also almost 70% of its user base. These numbers may have shifted a bit and will overtime, but Google just can’t get a foothold across the globe. I see more and more people using Apple Pay in stores and swiping their cards on contactless machines, but Google Pay isn’t around to join the revolution. Google has chosen markets with cash hardwired in society, so introducing a contactless mobile alternative is a hard sell. Even in technologically advanced societies like Japan. How could they have made Google Pay a success then?

First we need to admit that Google isn’t a small startup. It can throw its weight around when necessary, but it could’ve done a more effective job at researching the different attitudes towards cash and payments. Maybe they did a lot of research and misjudged the market potential based on their findings. It should’ve been present in markets such as Western Europe, which already had a high cashless payment rate with contactless payments dominating the market. It could’ve leveraged this market, branding its product as the seamless mobile solution consumers were waiting for.

Releasing its product way back in 2018 in France is an indicator of entering the market too late, letting competitors go their merry way and claim market share without much effort. A low adaptation rate isn’t necessarily an indicator of a lot of growth potential, it can also show that consumers aren’t ready to play around with your product just yet. 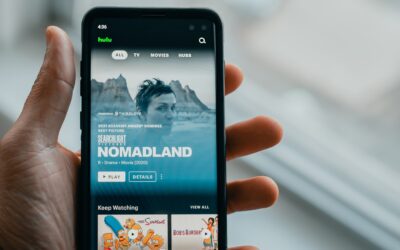