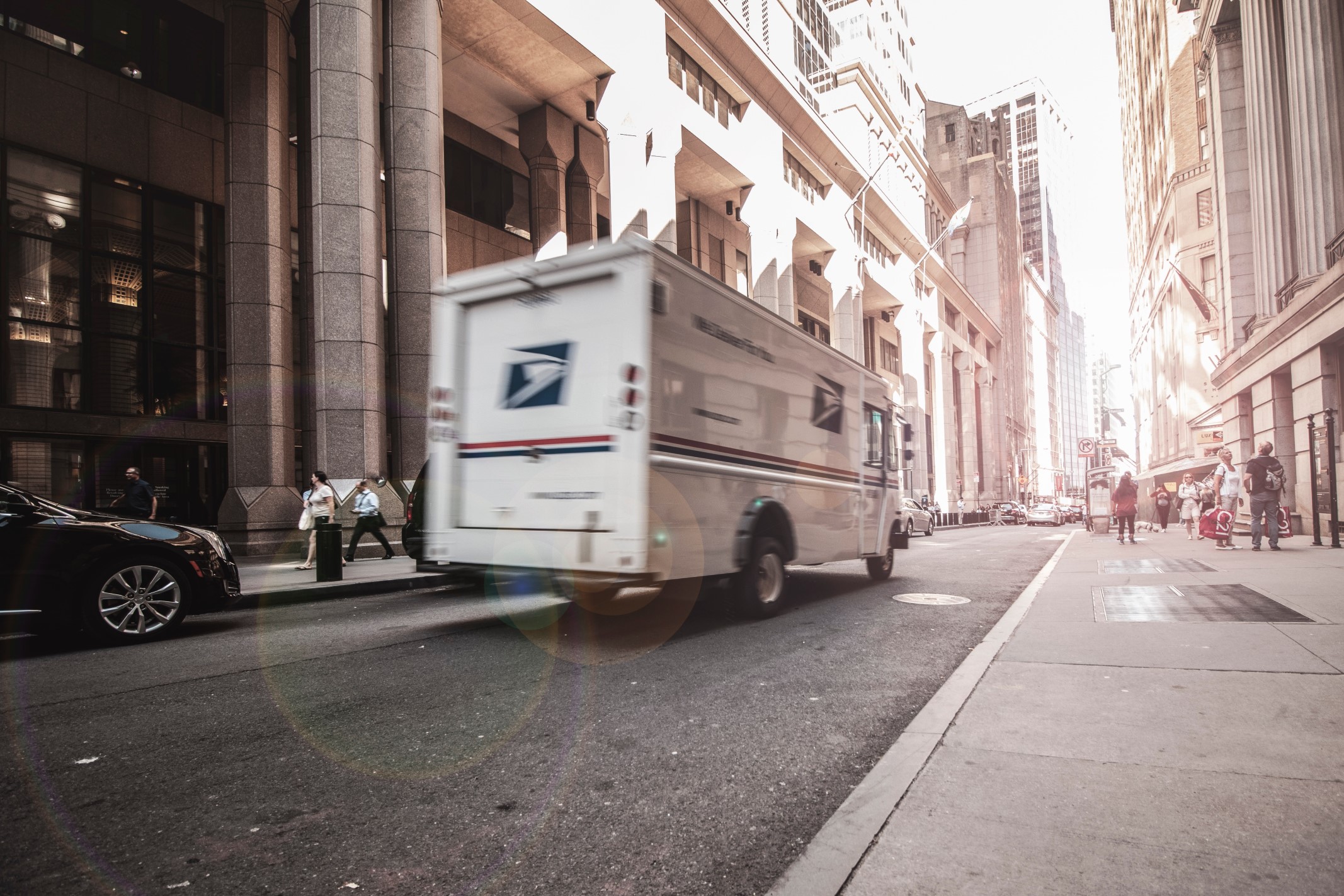 In 2012 Ahold acquired Dutch e-commerce website Bol.com. Why did the grocery story chain purchase its way into digital sales?

Bol.com is one of the most popular webshops in the Netherlands with revenue of €4.3 billion in 2020. Where did this e-commerce powerhouse come from and why did a grocery store chain with over 100 years of history decide to acquire this webshop?

A story going back 150 years

Ahold Delhaize began as two separate companies from two different countries. In 1867 the Delhaize brothers opened their first grocery wholesale in Charleroi Belgium and twenty years later Albert Heijn opened his first small grocery store in Oostzaan, a municipality a short distance from the capital Amsterdam. In 1895, Albert opened the second store in Purmurend. A sizeable upgrade from the small shop in Oostzaan. This moment would spark the rapid growth of the Albert Heijn grocery chain.

One year later the third store opened and in 1897 the fourth in the Hague, followed by multiple shops up to 1900. In 1910 the franchise had grown to 33 stores with a revenue of 1.5 million Gilder. Another ten years later there were 72 shops across the Netherlands. Two of his sons and his son-in-law took over the management of this growing enterprise. In 1927, when the company celebrated its 40th anniversary, it had 107 stores. Ten years later it grew to 231 locations. The business was running in overdrive for the Heijn family.

In 1948, three years after the death of Albert Heijn, the company went public. This was during the period that the Netherlands was recovering from the Second World War. This was made possible through America’s Marshall plan, which helped Europe to rebuild itself. The Dutch economy experienced rapid in its population and its economy. Three years later, in 1951, Albert Heijn acquired Van Amerongen adding 92 new stores of which 65 were based in Amsterdam. During the ’50s the supermarket found its way onto the European peninsula, a grocery shopping model which was started in the 30s in America and rapidly grew in popularity on both continents after World War 2.

In 1960, Albert Heijn had grown to 365 shops, from which 142 were self-service and 8 supermarkets. Six years later, Albert Heijn introduced its iconic blue logo. The 60s marked another growth spurt for the Dutch economy as the pay for factory workers rose by 40% from 1962 to 1966. A whole affluent consumer group was created which had the money for leisure and others products. At its 100th anniversary in 1987, Albert Heijn had 500 stores. Two years later it became a subsidiary of Ahold. In 2006, it acquired 23 Konmar stores, and two years later 58 C1000 stores. In 2010 Albert Heijn had 780 stores and 2 years later celebrated its 125 year anniversary. In 2016, the company owned 994 stores across the Netherlerlads, Belgium, and Germany. Through its acquisitions, it had become a true behemoth in the Netherlands.

Bol.com growth and booming e-commerce in the Netherlands

In 1998 Bertelsmann founded On-line B.V., a small company with eight employees that started selling books online. The operations were run from a portacabin. One year later, bol.com was officially launched with an assortment of 140,000 Dutch books. The company began quickly adding CDs to its portfolio. In 2000, VHS movies and TV shows were sold. One year later, English books were added.

It’s important to note that during this time another contender entered the market, Coolblue. In 1999 three students wanted to establish their own online store. The webshop started out as mp3man.nl, where they sold MP3 players. A year later they established Coolblue, a play on a competitor called HotOrange. While this event might seem minor, it’s the embodiment of the Dutch rivalry between Coolblue and Bol.com, and the lively entrepreneurial spirit that flowed through the country. This growth spurt in digital commerce can be attributed to the rapid development of internet connectivity in the Netherlands which opened up a whole new customer segment. In 1999, KPN Telecom, one of the largest telecom providers in the country, started to offer ADSL, an internet connection 15 times faster than ISDN. Compared to ISDN, ADSL enables the user to be connected to the internet at all times, instead of ‘dialing’ for an internet connection. KPN also pledged to invest 1.5 billion Gilder up to 2003 to further develop the ADSL technology and connect up to 100.000 households within a year. Cisco systems would lay the cables with a capacity of 4 million households.

Four years after its founding Bol had sold three million products. In 2003, Bol.com was acquired by Weltbild, Holtzbrinck Networkx en T-Online Venture Fund. This would spark a growth spurt for the online retailer as it quickly started expanding its product range and started advertising. One year after the acquisition, electronics like CD players, walkmans, and cameras were added. In 2005, Bol.com started to sell mobile phones.

In 2006 Bol.com introduced its blue mascot which appeared for the first time in one of their television commercials. At this time, Bol reached a revenue of €100 million. In 2008, Bol was sold to Cyrte Investments and NPM Capital. One year later Bol added board games and over 20,000 ebooks to its product portfolio. Two years later Bol.com opened its doors to Belgium.

In 2012 the two investment companies sold Bol.com to Ahold Delhaize for €350 million in an all-cash acquisition. This would mark a turning point for the online retailer. Ahold noted that Bol was a strong brand with a strong presence in Belgium. Ahold stated four major strategic pillars for acquiring Bol. They want to combine best-in-class food and non-food product into a retail and online format. Boost online presence in the Netherlands and Belgium. Combine two strong brands and offer a wider range of products to consumers. Bol.com would enable Ahold to further move into the non-food categories. In the food category, it had strong local retail brands like Albert Heijn, liquor franchise Gall & Gall, and its pharmacy brand Etos, but as you’ve already guessed, there’s a gap in non-food consumer goods. A category where the food giant had a limited presence.

In 2015 Bol.com opened up its platform to third-party sellers who could use the platform to sell their goods. For those of you who are familiar with the concept, one might compare this to Amazon fulfillment.  A year later Bol.com reached a revenue of €1 billion.

Ahold loved the brand image of Bol.com and the expansion of its product portfolio, but there’s one important factor we haven’t discussed yet, the market of online grocery shopping. It’s great to have an e-commerce giant feeding online revenue into your classical business model. You don’t want to part ways with it just yet. You follow the consumer, how she’s changing her purchasing behavior. Bol.com was the perfect marketplace for non-food products, but what if a competitor decides to disrupt the grocery industry by selling goods directly to the consumer through a digital storefront? You as a traditional business now have a big problem on your hands. For Ahold, it was time to revamp the business because this development has been going on for quite some time now and it might become an existential crisis in the long run.

In 1994, Pizza launched its PizzaNet portal, where users could order pizzas online. The website was a far cry from the current online shops, but it would mark the advent of online groceries. In 1997, HomeGrocer.com became one of the first companies to venture out into the online grocery market. The moment they stepped into the market, the online grocery spend still only accounted for 0.02% of all grocery spending, only growing 0.19% in 2001. HomeGrocer was eventually purchased by competitor Webvan for $1.2 billion in 2002. HomeGrocer became an interesting take-over for Webvan as the cost of operations was piling up and the grocer was burning through its cash fast.

In 2011 we got an interesting glimpse into the future of grocery shopping. Tesco launched a virtual store in a South Korean subway station. Customers could select their orders from virtual isles through QR-codes. Products would be added to their online cart and the products would be delivered the next day.

A year later on-demand grocery store Instacart launched in the United States. Instacart is more of a hybrid version of online grocery shopping. The platform connects you to local shoppers who purchase the goods and groceries you need at the affiliated retailers and deliver them to your doorstep. While this feels a tad gimmicky at first glance, in 2015, the platform was valued at $2 billion. The platform was able to create a seamless shopping experience through a well-designed app.

On the other side of the spectrum is the aggressive home meal subscription service, Hello Fresh, which started in 2011 in Germany. While this company seems farfetched as we’ve spoken mostly about online grocery shopping, Hello Fresh skips the whole grocery shopping experience. The company delivers ready-to-make meals, which chip away market share in multiple markets, namely the takeaway market, the eat-out market, and the traditional grocery store. There are many more competitors like Hello Fresh, each finding their own business model and optimal mix of operations.

Ahold has a long and established history in the grocery business. It rode the waves of economic development and expanded rapidly. But what it didn’t have, was a strong online presence to be prepared for the world of tomorrow. The e-commerce economy was growing fast and online grocery shopping was finding its way into consumers’ hearts decades before. There were competitors who were targeting different segments of their business, if Ahold would not take action, it could be run over by a disruptor.

Ahold realized it had gaps in its business, namely within its e-commerce business.

Ahold realized it had gaps in its business, namely within its e-commerce business. It had some small entities, but the whole business leaned heavily on the traditional brick and mortar operations whilst abroad companies were expanding their online food business. The corporate needed the expertise to not only expand its online non-food presence but also the technical know-how to create, run and optimize a digital platform at scale.

Bol.com was successfully running a large e-commerce fulfillment business and knew the ins and out of all the intricate parts that are needed to turn into a profit-making entity. This was the company that Ahold needed to help maintain its market dominance in the Netherlands and incorporate the know-how to expand abroad. The boost that happened after the acquisition by Ahold further established Bol.com in the hearts and minds of the consumers, making it a valuable asset to the Ahold product family. Bol.com became a billion euro revenue machine that has no signs of slowing down.

Google has been investing heavily in its payment solution Google Pay for some time now. But will we ditch our bank cards in favor of Google?  I...
Read More 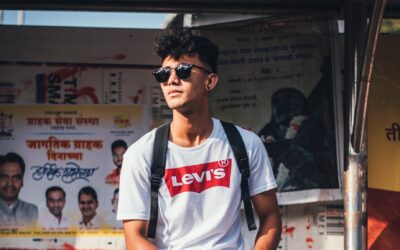