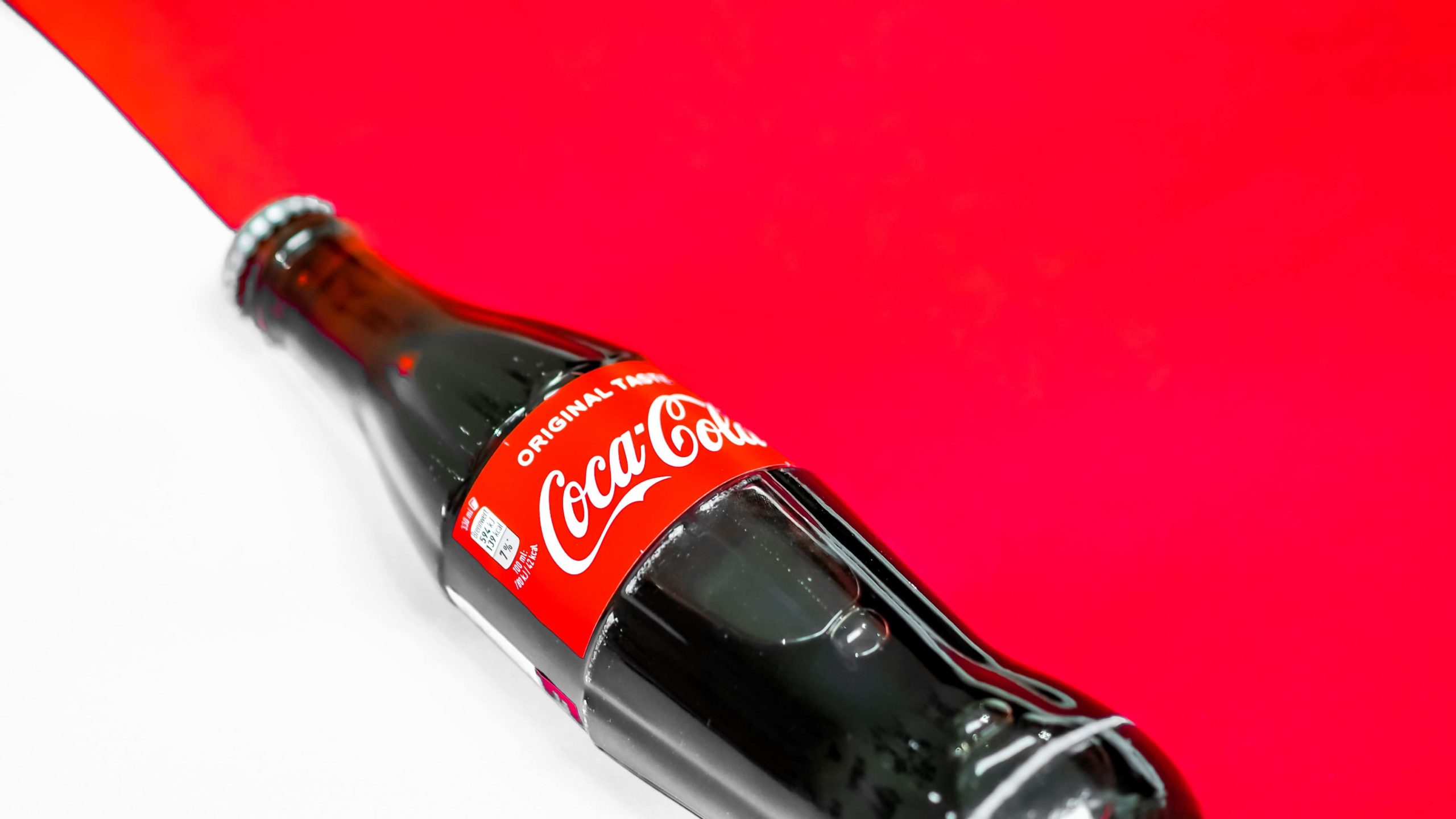 Coca Cola is a beverage powerhouse, but it couldn’t resist the temptation to launch an energy drink in an already crowded market with big players taking the biggest piece of the pie.

Who doesn’t know Coca Cola? The red and black sparkling beverage that colors most major sport events. Or the Christmas Jingle instilled in the brains of every consumer. You can get it all around the globe and you’ll recognize it in an instant. What made them move to energy drinks when they are still so popular?

The mighty power of Red Bull

As you might expect, Coca Cola has a big portfolio of brands in different categories like Sparkling Soft Drinks with well known brands such as Coca Cola (obviously), Sprite, Fanta and Schweppes. Water and Hydration with Dasani, Smartwater, Aquarius and well known brands within the Juices, Dairy and Plant-Based category. But also warm drinks like Costa and Fuzetea. I was surprised by the Costa brand to be honest, they are a major player in some countries and never suspected Coca Cola to be behind it.

So Coca Cola was already present in a lot of segments, but not in the energy drink segment. It did not have a sub brand catering to this audience. Coca Cola themselves saw the potential too, stating, “as a total beverage company, we’re constantly looking for ways to evolve our portfolio and bring people the drinks they want”. And so they did. On the 10th of January 2019 Coca Cola announced it would launch an energy drink in the United States in 2020. In the U.S. it would launch Coca Cola Energy and Coca Cola Energy Cherry which would be exclusively available in the U.S. The energy drink would become available in January 2020. Coca Cola themselves saying, “Coca-Cola hopes to bring new fans into the energy drink category”, which is quite the statement for a pretty unhealthy soda. But I won’t be the judge of that. The goal of this post is to establish why Coca Cola entered the energy drinks market in the after all.

You might be surprised to learn that actually Coca Cola has seen severe decline in revenue over the last few years. Revenue peaked in 2012 with $46.8 billion in annual revenue and decreasing to $37.2 billion in 2019. A decline of almost $10 billion which had to be filled through new markets. It must have felt that energy drinks were their rescue as they bought an approximately 16.7% stake in Monster for about $2.15 billion.

Data from Information Resources Inc. found that on June 16, 2019 across a period of 1 year, the market for Energy Drinks in the United States alone amounted to $11.7 billion, almost the exact amount Coca Cola needed to reach their peak revenue back in 2012. But the market is dominated by energy drink giant Red Bull, and Coca Cola will obviously not obtain a market share of 100% in the United States.

The classic Red Bull drink dominated the Energy drink market in the U.S. with $2.89 billion, having a market share of 24.6%, second with a market share was Monster Energy with 15.0% and $1.76 billion in sales. After that the market shares quickly dwindle, but still in favor of Red Bull who has market shares with its other flavors like the Blue and Yellow Edition.

Spreading the Energy across the United Kingdom

The United Kingdom is one of the leading energy drink markets within Europe. In research conducted by Gulp in 2017, they found that 19% of UK adolescents and 21% of adults consume an energy drink 4-5 days per week or more. Scary. Coca Cola wanted to capitalize on this market, even before launching at its home base. They entered the UK market with a bang with a multimillion dollar campaign, called ‘Spread your positive energy’.

Coca Cola launched the campaign in May 2019 with a flash mob in Piccadilly Circus and a ‘takeover’ of the 02 during the bank holiday. It would target commuters with digital escalator panels in the Londen underground, digital screen at 50 iconic sites and commuter hubs across the United Kingdom, have over 6,000 panels and adverts in over 1,500 busses and give out free samples. It would also give away 300,000 samples during festivals. This campaign was no joke as it partnered with Ogilvy for the campaign. The new energy drink was hard to miss with so many spots and combined with the sampling it got a little guerilla marketing vibe to them. May it be all well choreographed.

Coming home with the Super Bowl

In January 2020 Coca Cola began its United States roll-out. The U.S. got a glimpse of Coca Cola Energy when it partnered with Amazon during CES, where visitors could order a refreshing drink through the voice command, “Alexa, give me Energy”. And out of the wall it came. But this was a small guerilla style marketing campaign where it only gave away 7,000 samples. May it be, they generated 160 million media impressions through this little stunt, enviable for any small company, but a far cry from what’s needed to launch an energy drink.

They knew that as well and so they had to go big once again. Coca Cola went full in with a Super Bowl ad, the champions league for the marketing industry. The ad featured icons Martin Scorcese and Jonah Hill. After the ad, the “show-up” commercial launched to kickstart the working day on the 3rd of February for commuters at Grand Central Terminal using the Amazon technology seen at CES. The same day Amazon Treasure Trucks would dispense samples in 29 cities across the United States. But the clouds darkened as it still had a partnership with Monster. Although spending millions, it wouldn’t get out unscathed.

The Monster shows its teeth

One can only guess why Coca Cola didn’t want to invest more in Monster to expand its market share. Maybe Monster didn’t grow fast enough or it didn’t want more of Coca Cola in its board of directors. With the launch of Coca Cola Energy, the fine print of the Monster deal was starting to appear and Monster was not happy. Monster and Coca Cola had a non-compete which made sure Coca Cola wouldn’t launch a competitive brand in the energy drinks market, but it could under its own brand. Monster claimed that it would eat away its market share, as a cooler can handle just that many brands. Coca Cola didn’t do anything illegal though, it just couldn’t launch a competitive brand.

In the joint effort in 2015, Monster and Coca Cola also combined their bottler distribution. This made the CEO of Monster worry as it could prioritize Coca Cola Energy over Monster Energy. I know, that’s a lot of Coca Cola in the last few sentences, but it draws the stark contrast of conflict of interest. Monster Energy obviously welcomed the investment to streamline its global production and expand its brand, but didn’t anticipate that Coca Cola would barge in a competitive product under its own name.

Monster says it will not hurt the brand or its market share, but it’s too soon to tell whether this rings true in the long run. Coca Cola doesn’t shun a big market campaign as it did in the United Kingdom, and its roll-out in the US isn’t a small feat either. If the taste is to the consumers’ liking, it will pose serious trouble for not only Monster. It shows that you should closely monitor the fine print in your negations, as it can pose a serious threat to your company, especially with big players like Coca Cola, who have the marketing power to make any brand disappear.

Coca Cola was obviously looking to reclaim its revenue through new markets and not through sub brands this time. It wanted to shake the market with a new addition to its own brand. This can be tricky, because in some cases it can cannibalize existing products or when the product is not to the liking of the consumer and has a negative spillover. Coca Cola combined its unique flavour with energy to launch a new product and we’ll have to see if it sticks. As a business owner it’s always important you seek new customers to keep your revenue steady or growing, because before you know it, you’ve become irrelevant.

How Rolex became one of the most valuable brands

There are countless watch brands out there, but perhaps one of the most famous ones is Rolex. An icon in pop culture, but how did it grow to such...
Read More