Why LG stepped out of the smartphone market 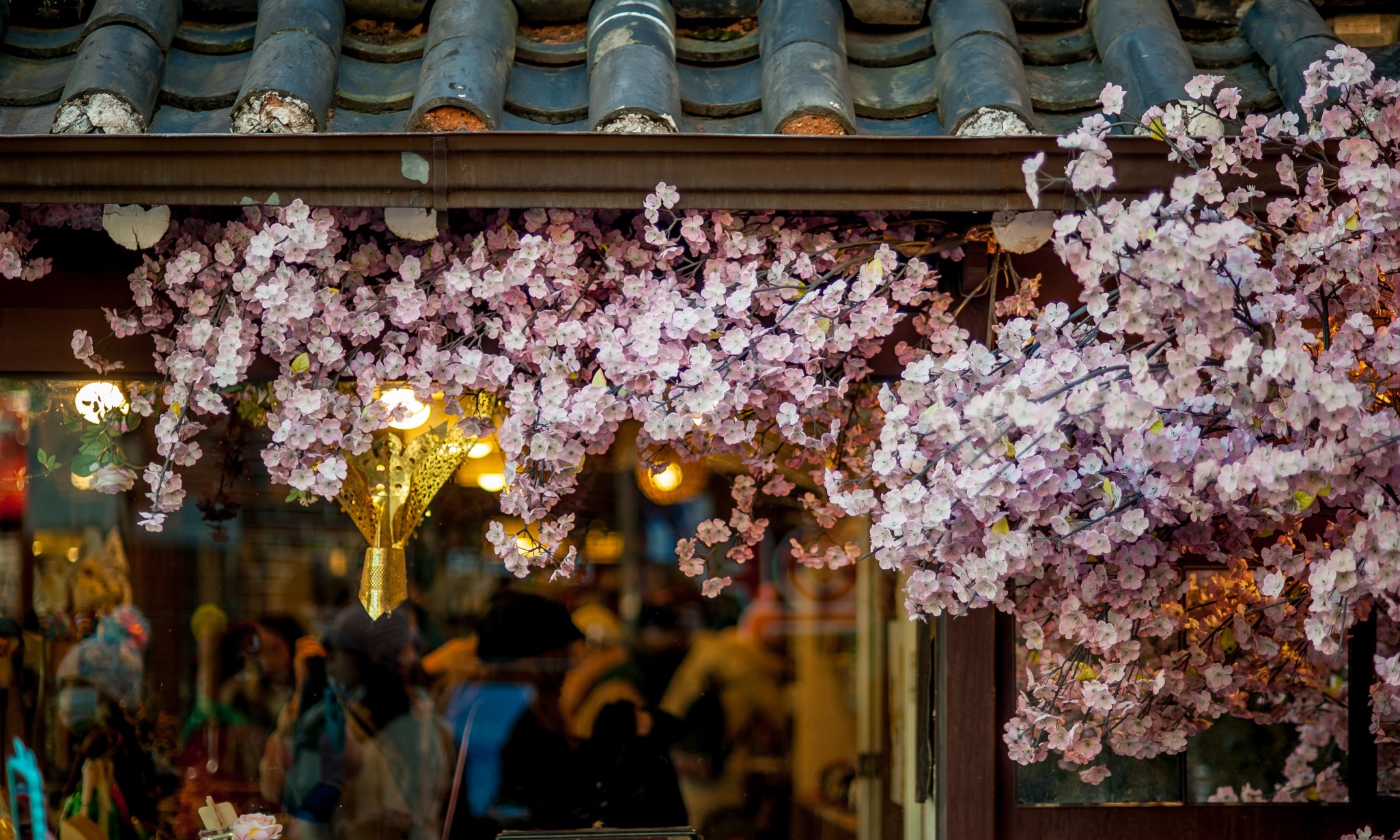 The electronics giant LG is stepped out of the smartphone market. How did it come to this?

In January 2021 news came out that LG was considering exiting the smartphone market. According to Forbes, LG was bleeding money 23 quarters in a row, amount to a loss of $4.5 billion. How did this company fall from grace, following the footsteps of former legend HTC and hardware giant Sony?

In recent articles, I’ve looked at how Sony and HTC came under immense pressure when Apple and Google entered the smartphone arena. Apple built the phone for the world tomorrow, leaving established brands in disarray. How could this have happened? While HTC and Sony are still attempting to remain relevant in the smartphone market, it seems LG is willing to throw in the towel.

A lot is known of the conglomerates of today. Companies like Apple, Google, Sony may have diversified portfolios, the contours of their humble beginnings are well known to the general public. LG on the other hand, for me at least, feels far more mysterious. Where did they come from and what is their history in the smartphone market?

In 1947 the LuckyChemical Co. was established. Today we know this subsidiary as LG Chem. The newly established chemical company’s first product was ‘Lucky Cream’. One year later the first cosmetics laboratory was opened in Seoul. The 1950s marked the beginning of the electronics division for LG. In 1951, Chosun Alumite Industrial was acquired and one year later Dongyang Electrochemical Industrial was opened. During this time, South Korea was an agrarian-based economy, relying mostly on foreign aid. As the LG corporation was taking shape, the Korean war was just around the corner, which would last from 1950 to 1953. The war resulted in countless losses and destroying a quarter of the capital stock. Despite the perils of war, LG developed themselves further, opening more factories around South Korea. In 1955 the company started producing toothpaste selling them under the brand name Lucky, Lucky Toothpaste. In 1959 the LuckyOil and Fat Co. was established. Goldstar was registered as a trademark for electrical products and resin products. The product under the Goldstar would become the A-501 radio.

In 1961 the military seized a coup and took over control. The cop was led by Park Chung-Hee, who abolished the National Assembly, ruling the country through martial law. The newly established military government began focussing on growing the economy through exports, stimulating opening up to developed economies. From 1960 to 1975, the share of agriculture on domestic GDP fell from 45 to 25 percent. In 1961, Goldstar also released its first automatic telephone. This marked the beginning of LG stepping into the phone market. Four years later Goldstar produced the first EMD type, automatic telephone exchanger. In 1966, Goldstar produced its first 19-inch black and white television. Three years later the subdivision Goldstar Electronics Co. was founded for its semiconductor business. During the 70’s LG started to prosper, becoming the first privately owned company on the Korean Stock Market in 1970. In 1973 they manufactured the first Korean-made cassette recorder. Four years later it started mass-producing 19-inch color TVs.

In 2004 LG Electronics was awarded the best IT Company in the world according to Business Week.

In August of 1981, Goldstar launched the production of mini-computers. In 1982 Goldstar developed the first color video camera. Seven years later  LG became the finalist at the New York Festivals International Advertising with one of their ads. In 1995, The Lucky Goldstar Group changed its name to LG. One year later it opened its website. In August 1999 LG partnered up with Philips for the product of LCD panels. In 2004 LG Electronics was awarded the best IT Company in the world according to Business Week. One year later LG Innotek developed the world’s smallest camera module for mobile phones.

There are many more products that LG was producing, from elevators to washing machines. The key take-out from all of the developments is that LG started from places we least expected and gradually grew into a multifaceted manufacturer, spanning across many industries. It grew along the diversification set out by the military government, which tried to modernize the economy by moving away from its agrarian-based economy.

The move might come as a surprise as it seemed that LG was still a relevant player in the smartphone market, although it has seen better days. In the second quarter of 2020, LG was able to increase its market share to 13.9 percent in North America. A modest growth of 0.3 percent compared to the same period in the previous year. But this growth was just a small high in the troubling 2000s where LG fought year after year to remain relevant.

In a reflection from Fortune from 2011, they noted that LG missed key strategic opportunities, especially in terms of operating systems. While Motorola announced it would be incorporating Android into its devices, LG still stuck to its operating system. The decision to continue is interesting as Windows mobile also suffered major losses by trying to revamp its UI to not lose more market share to rising stars Apple and Google. The strategic decisions came to bite LG when Apple launched the iPhone in Korea in 2009. Fortune noted senior management was not interested in briefings about the development in the smartphone market. It’s a cardinal sin to refuse to acknowledge market changes, especially as disruptive as the launch of the iPhone. Although it must be said that when the iPhone launched in Korea, the world was just starting to experience the economic recession where many companies were looking for ways to stay afloat, instead of out-competing each other.

LG saw its revenue shrink due to declining margins in the second half of 2009. This shifted the focus further away from developing smartphones that could stay on par with other brands. In 2009 LG electronics needed to cut costs, targeting reducing costs up to $2.2 billion. LG would try to achieve this through reducing overhead costs, resorting to reducing the number of employees when all else has failed. While in many other companies cutting headcount would be the first on the list, it’s very rare for South Korean corporations to cut jobs according to Reuters. The South Korean work culture focuses on voluntary retirement. Despite its cost-cutting efforts, it came as no surprise that LG had to eventually succumb to these market forces. They announced they would release three Android-powered phones.

LG still believed it could curb its sales, expecting to become the second top seller in global smartphone sales in 2012. But reality proved otherwise. In the last quarter of 2010, LG had a weak performance in its mobile division. Its revenue decreased by 15.2% compared to the same quarter in 2009, generating a loss of $232 million. The handset division of LG generated a revenue of $11.4 billion in 2010, which was a decrease of 24.9%. In 2014 it looked like LG was moving in the right direction as they reported record sales in the third quarter, shipping 16,8 million units during July and September. An increase of 39 percent compared to the period last year. The growth could be attributed to its popular G and L-series. During the same period a year later, the growth it had established, was quickly overshadowed by yet another decline in sales, generating a loss of $68.4 million. In the last quarter of 2016, LG reported more financial losses which were attributed to its mobile branch.

In 2019 the mobile division accumulated an even bigger loss, totaling $850 million. In an effort to improve the profitability of the mobile unit, the manufacturing of smartphones was moved from South Korea to Vietnam. In January 2020 LG Electronics executive Kwon Bong announced the company was aiming to revamp its mobile division and turn into a profitable business unit by the end of 2021. LG would expand its smartphone portfolio to better compete against rivals like Samsung.

Despite its earlier optimistic views on the smartphone market in April 2021, the company announced it would close down its mobile phone division, saying, ‘LG’s strategic decision to exit the incredibly competitive mobile phone sector will enable the company to focus resources in growth areas such as electric vehicle components, connected devices, smart homes, robotics, artificial intelligence and business-to-business solutions, as well as platforms and services.’ When looking back and the recent developments it was dealing with in the smartphone market, pulling the plug was the best option. From a consumer perspective, the smartphone market now has only a few key players, with fewer operating systems than ever that dominate the market.

LG has a long and diverse history. It started out as a chemical company, branching out into many different industries, which was undoubtedly fueled by the course set out by the Korean government to pull the economy out of its agrarian operations. Its history enabled it to be self-sufficient, having the technical know-how to build and improve its own products.

When zooming in on the mobile operations, LG was caught in a perfect storm. LG wasn’t the first one to succumb to the overwhelming force of the iPhone disruption. I’ve talked about how Microsoft pulled the plug on Nokia and how Sony and HTC, once dominant forces in the smartphone industry, evaporated out of our collective memory. The market was changing rapidly. So fast in fact, that a conglomerate like LG couldn’t reboot its operations for the next big thing. The company was bleeding money in many other divisions of its business operations during the great recession, distracting it from where it needed its attention most. Although it must be said, that the management’s refusal to be informed about the state of the smartphone market did not do them any favors. And so the flame of LG went out like a candle in the wind.

Everybody knows Walmart. But did you know they were the #1 company in the Fortune 500? Fans of the South Park cartoons will undoubtedly remember the...
Read More