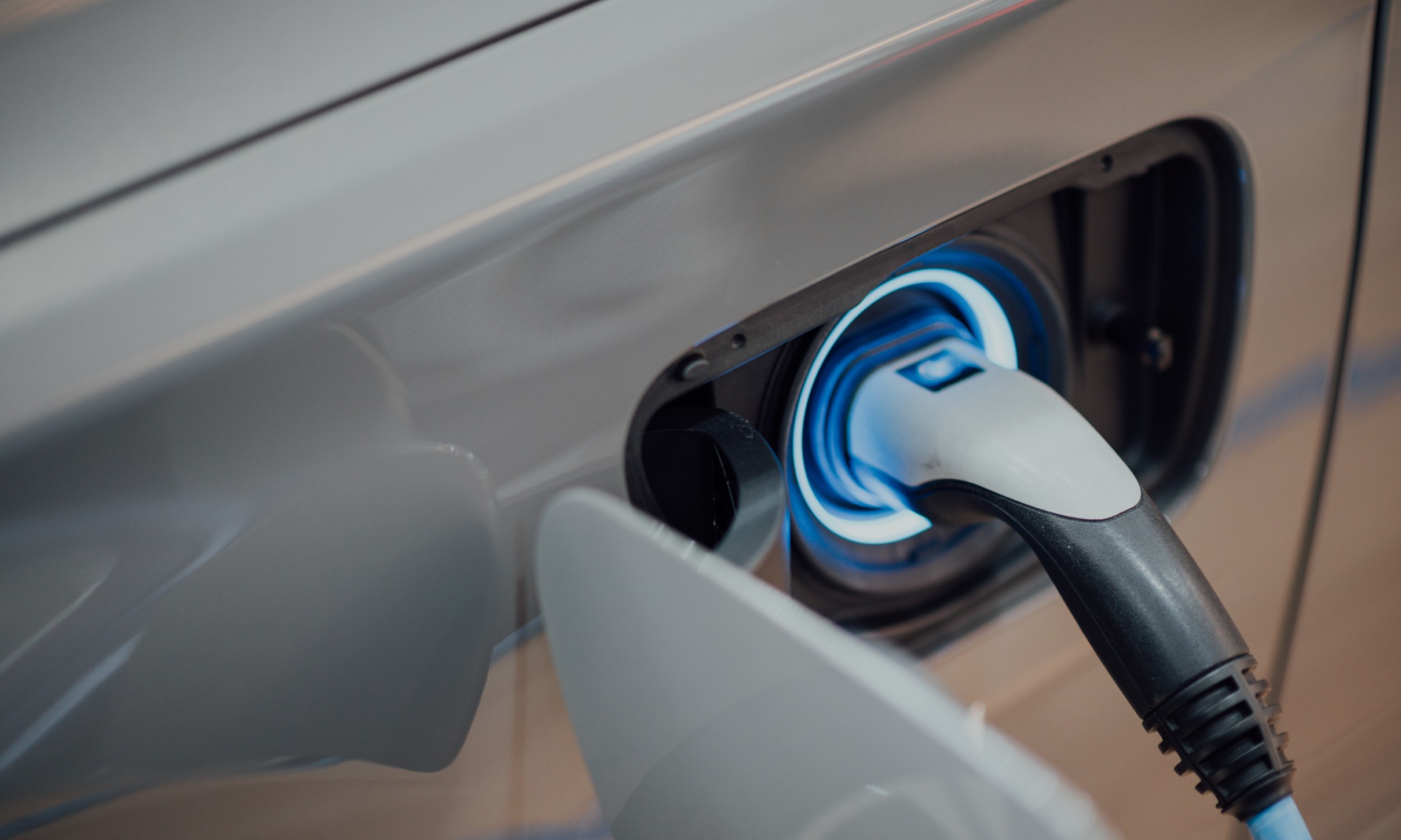 The Fisker Karma turned into a financial nightmare. Can the brand be revitalized under new ownership and through its upcoming model, the Fisker Ocean?

In February 2022, Fisker revealed the Ocean during the Mobile World Congress in Barcelona in Spain. It’s the first model after the company went defunct in 2014 and its assets were purchased by the Chinese Wanxiang Group. Will Fisker be able to become the electric revolution it has always dreamed of?

In 2008, Fisker unveiled the production version of its Karma plug-in hybrid sedan. The car was designed by Henrik Fisker, who worked at Aston Martin and BMW, creating a vehicle with impressive headlights, filled with LEDs, which could also be found in the rear lights. Autonews noted the car had an exotic European vibe thanks to its wide and long wheelbase. The Karma had an all electric range of 50 miles with a 2.0 litre GM motor on board which would serve as the generator to charge the battery. The Fisker Karma would launch with a base retail price of $87,900.

In October 2009, Fisker Automotive acquired a former General Motors production facility in Delaware for $175 million, with an anticipated operation output of 100,000 vehicles according to the start-up auto manufacturer. In December, Fisker Automotive announced that it would start production of the Karma in 2010 and have them in the showrooms by September of the same year with some expected to be delivered by 2011. The vehicle was already pre-ordered around 1,500 times, proving an initial demand for the luxury sedan.

In 2010, the Department of Energy had granted a $529 million loan to Fisker, believing the company showed American ingenuity and helped bring back 2,000 American jobs that would enable an estimated production output of 115,000 vehicles in 2015 with comparisons being made to the Tesla Model S and Nissan Leaf sales volumes. The loan would be initially used to obtain all necessary parts from U.S. suppliers to build the vehicles. The company had amassed $525 million in funding from private investors from 2011 to 2012 and reached a forecasted valuation of around $2 billion.

The Fisker Karma was a reliability nightmare

The first ominous signs of the imminent failure of the Fisker Karma came when the production of the first delivery started to encounter delays. The company initially anticipated a release in June of 2011, but moved the date a month later to July. In December, Top Gear nonetheless labelled the Fisker as the Luxury Car of the Year, which in hindsight is completely misplaced as in the same month, 239 Karma’s were recalled due to a potential high voltage battery issue, which could set it ablaze.

Consumer Report’s bought a Karma, which broke down on arrival

In February of 2012, Fisker ran out of government funding and had to start laying off employees to decelerate the amount of money flying out of its bank account. It laid off 26 people at its Delaware plant and 40 to 45 engineers at its headquarters in California.

Once the model was reaching reviewers, the problems for Fisker started to gain unfavorable momentum. Consumer Report’s bought a Karma, which broke down on arrival. The vehicle had driven less than 200 miles and during regular testing, the car malfunctioned and seized operations. Eventually being towed to the nearest dealership, a shy 100 miles away.

In June 2012, Fisker issued a recall for the Karma due to improper placement of the coolant hose clamps, which could result in coolant leaks, causing a short circuit of the battery and igniting a possible fire. The timing couldn’t be more unfortunate with a Fisker spontaneously combusting while its owner was grocery shopping. A few months later, a second recall was announced, with the company now claiming to have found the route cause for the potential fire hazard. Fisker Automotive said a malfunctioning cooling fan would insufficiently cool the battery, resulting in overheating. The first deliveries of the Tesla Model S, also fueled the skepticism towards the Karma, proving that a more viable alternative was becoming available for customers who were looking to buy a zero-emissions luxury sedan.

In August 2012, CEO Tony Posawatz was replaced by Tom LaSorda, who was deeply involved in the development of GM’s plug-in hybrid, the Chevrolet Volt. Autoblog noted that Posawatz inherited a company with a vehicle riddled with mechanical failures and in need of cash to keep its operations going. In the press release,Henrik Fisker said he was the right CEO for the job, having the necessary experience in bringing EVs into mass production, with LaSorda stating that he would help launch the brand in China and other parts of Asia.

In April 2013, the Department of Energy took $21 million from Fisker Automotive’s reserve account as it had missed the first payment deadline. The company said it would be able to make its first payment the following Monday. The mounting problems at Fisker resulted in The House Oversight and Government Reform committee to come together and discuss the problems with the loan granted earlier. As a response to failing to meet its financial obligations, Fisker laid off 75% of its employees and Henrik Fisker resigned from his position as executive chairman. In an email he sent to journalists he said that he had major disagreements with senior executives, as they had a different strategic vision for the company.

In 2016 Top Gear magazine spoke to Henrik Fisker and how it planned to make its comeback that could rival Tesla. During a bankruptcy auction, parts supplier Wanxiang purchased the Fisker assets, after already owning its battery A123 company. The name Fisker made its comeback as Fisker Inc. Henrik said that despite the negative image surrounding the name, it still had a lot of awareness amongst the general public, citing that Lexus spent billions to maintain their brand. Through the restart Fisker wants to release a premium vehicle and secondly launch a high volume, low cost mass market model. The same strategy Tesla has been deploying since its inception. Fisker also plans to resell its battery packs to other manufacturers, although vehicle manufacturing remains the core business for the foreseeable feature.

In a 2017 interview with Robb Report, Fisker said returning to manufacturing the electric vehicle felt like a moral obligation to combat pollution, which could only be achieved through the creation of a vehicle that consumers wanted to buy. This vision was embodied through the Fisker EMotion concept, which had a range over 400 miles and was able to recharge 25% of its battery in just 9 minutes with a starting price of $129,000. In hindsight we know that this Model 3 look-a-like never saw a production release, but it became clear who Fisker was trying to out compete.

The Fisker Ocean will be the comeback model

The Fisker Ocean is priced on par with its main rival the Tesla Model 3, having an expected list price ranging from $37,499 to $68,999. Fisker seemed to have learned from its previous mistakes, and is outsourcing many parts of manufacturing, working closely with its partner Magna. Fisker plans to roll out the vehicle in Europe first as it is a critical region for the companý success, targeting EV frontrunner Norway, other Nordic Regions and car-loving Germany during launch.

Consumer Reports noted that the Ocean is set to target Tesla Model Y, but also popular models such as rivalling models such as the Ford Mustang Mach-E and the Hyundai Ioniq5. A segment which is becoming ever more crowded with large manufacturers, having pockets lined with cash, releasing their own electric mid-size SUVs. Fisker had yet to prove it can deliver a reliable model, with Consumer Reports still having to process the failures of the Karma. A car full of design flaws. Although the Ocean is built on an entirely new platform and whilst the company name is the same, its ownership does not. The Fisker Ocean also has to convince a crowd obsessed with Tesla, according to Car and Driver. This holds not only true for Fisker, but also for its competitors who have to come up with models that out-luxury and out-range Tesla’s top selling models.

The Fisker Karma was on dead arrival

Fisker had high hopes for its luxury hybrid sedan. With its slique design and promise to create American jobs, it was able to convince even the federal government to pour hundreds of millions into its upcoming product. But, the company had yet to prove it could successfully deliver its first vehicles. The production was delayed and when the cars finally hit the streets, they were a fire hazard on wheels.

Quietly another company was paving an even better alternative, Tesla, who, whilst Fisker was trying to make ends meet, launched a luxury electric sedan with its Model S. Only accelerating the futile attempt that Fisker wanted to achieve, namely to deliver a premium environmentally friendly car which would convince the masses to buy into electric vehicles. It was too little and too late. But the tides may turn for Henrik Fisker.

Under its new ownership, Fisker INC is back with the Ocean. An EV priced within the same range as the Model 3. Although it remains to be seen whether Fisker is right, that its bad name can actually work in its favor. The Karma has left a permanent scar on the brand which it can only get rid off with the most reliable model it can reasonably build.

Microsoft is seeing record growth, but it wasn’t always the best kid in class.  Microsoft has been struggling to reinvent itself over the...
Read More