How HelloFresh became the market leader in the US

HelloFresh has been aggressively expanding its market share around the world, becoming the market leader in the United States. How did they manage to claim such a big portion of the US market?

In 2020 HelloFresh reached a market share of 42% in the United States, making it the market leader in meal kits in the country. How was HelloFresh able to dominate the market? A market with notoriously high churn rates with a retention rate of around 17 percent over a period of six months.

In 2016, McKinsey found that the global food delivery market was worth $83 billion, which is 1% of the total food market. McKinsey observed two types of players in the food delivery space, namely the aggregators and the new delivery players which emerged around 2013. The aggregators use the traditionalist approach where they connect multiple restaurants to consumers through a centralized online portal. The platforms collect a fixed fee per order paid by the affiliated restaurants who process and deliver the order. McKinsey states the platforms, who have an asset-light model, are able to generate margins of 40 to an upwards of 50%.

The newest category is what McKinsey calls new delivery players. The workings are nearly identical to aggregators, but also handle the delivery for the restaurant. McKinsey said, ‘This (logistics) allows them to open a new segment of the restaurant market to home delivery: higher-end restaurants that traditionally did not deliver.’ They estimated the delivery market would grow to $22 billion, an opportunity that HelloFresh could not glance over.

HelloFresh was founded in 2011 in Germany. The company expanded to the United Kingdom, Australia, the Netherlands and Austria in 2012. In 2014, VentureBeat sat down with CEO Dominik Richter to talk about the future of HelloFresh after it received a $50 million from Insight Venture Partners.

Richter wanted to use the funding to further strengthen and build the meal kit delivery market and build a global brand. He said, ‘Our vision is to establish a whole new category on the wider grocery market and build a truly global consumer food brand.’ Further declaring the international ambitions and product optimizations by stating, by stating that the geographic expansion in new and existing countries was part of the company roadmap. Funding would also spur further development of its product line-up and services. One of the key targets for HelloFresh was to capture market share in the United States.

HelloFresh aims to become the market in the United States

In 2016 Forbes spoke to Co-CEO of HelloFresh US Edward Boye, about the future of the meal kit delivery market in the country. HelloFresh was seeing meal kit delivery companies aiming to create more customized experience and unique collaboration to create a unique product offering. When asked how the food delivery market would develop in years to come, Boye replied, “The consumer is increasingly mobile. More and more of our traffic originates from mobile devices, and as a result we’ll see more mobile-first companies launched, as well as existing players being required to adapt to the new mobile landscape.” He said that HelloFresh launched its own mobile app in 2015 and aims to further develop and improve its mobile experience.

In 2017, HelloFresh was planning for an IPO to raise an expected €300 million, giving access to 20 percent of the company for new investors. This would translate to a valuation of HelloFresh at €1.5 billion. HelloFresh wanted to use the additional funding to add choices to its menu such as wine and desserts and personalize the products. It wouldn’t take before HelloFresh started to use the capital to aggressively expand in the United States.

In 2018 Its US subsidiary acquired all shares of competitor Green Chef Corporation. HelloFresh expected an increase in revenue of $15 million per quarter, which would start to flow into the group’s revenue as per the second quarter of 2018. To further strengthen and accelerate its market position in North America, it acquired Canadian competitor Chef’s Plate Inc. The acquisition price remained undisclosed, but HelloFresh spoke of a ‘middle double digit million Canadian dollar amount.’ The business website INC labelled the company as the most ruthless food startup. Through the strong acquisitions, HelloFresh was able to reach a market share of 30% in the United States. In October 2019, HelloFresh group reported it was performing better than expected and predicting it would be able to maintain revenue growth between 31% to 33%. The revenue was estimated to reach € 438 million up to € 441 million for the third quarter of 2019. Which spurred the necessary confidence to acquire more competitors.

In 2020, HelloFresh acquired Factor75, a leading brand in fully-prepared fresh meals. The group acquired the company for $277 million in cash. Grocery Dive noted that the acquisition would strengthen HelloFresh’s position in the ready-to-eat meal market. They further suggested that with Factor75 in its portfolio, it would bring them into direct competition with Nestlé who announced it would acquire Factor75 competitor Freshly, who generated a revenue of $430 million in 2020. In 2021 Grocery Dive reported that HelloFresh amassed a market share of 42% in 2020.

To strengthen its offering, HelloFresh launched its market product. The Market solution would offer a wider range of solutions such as breakfast, ready-to-heat meals and products such as snacks, desserts, sides, grocery essentials and more. Uwe Voss, CEO of HelloFresh U.S said about the Market proposition, ‘With the launch of HelloFresh Market, we are excited to offer customers an expanded selection of delicious meal solutions and grocery items that will fit their needs beyond dinnertime, especially at a time when Americans are embracing online grocery services more than ever.’ Further saying, ‘(…) Through our state-of-the-art supply chain and technology infrastructure, we will provide superior full-service delivery for all meal occasions, and capture a greater share of our customers’ overall food budget.’ Grocery Dive noted that HelloFresh aims to expand its offering beyond the core business, namely the dinnertime solutions and persuading customers to stack ups for the week ahead. When we look closer we can observe that HelloFresh wants to increase the price per purchase to improve the revenue generated per customer.

HelloFresh is a marketing powerhouse

HelloFresh has been expanding rapidly due to aggressive acquisitions, but it has also been spending hundreds of millions of dollars to keep the brand stick. Over the course of 5 years, HelloFresh had poured around $1.4 billion into its global marketing efforts, peaking in 2018 with $372.4 million. Throughout these years it has partnered up with several celebrities such as Jamie Oliver, and influencers like Davina McCall.

One of the breakthrough collaborations came in 2015, when HelloFresh announced its partnership with Jamie Oliver. In a press release, CEO of HelloFresh Dominik Richter said, “In Jamie we have found the best, most trusted and most committed partner for this mission.” The meal kit delivery company had now affiliated itself with one of the most influential culinary celebrities. In 2015, Jamie’s YouTube channel alone had 2.5 million subscribers and he was planning to further invest into his online audience to be able to interact with his fans more directly, giving them access to easy recipes through the growing social video platform. HelloFresh will be able to directly interact with food enthusiasts who, through Jamie Oliver’s tutorials, will be able to maximize their return on investment from the HelloFresh subscription.

Over the course of 5 years, HelloFresh had poured around $1.4 billion into its global marketing efforts.

Two years after the partnership with Jamie Oliver, HelloFresh launched its ‘Stories from Real Customers’ campaign in collaboration with Pure Growth Consulting. In a 30 second ad, HelloFresh emphasizes how, through its meals, families are able to create lasting memories with their growing family. The campaign wants to target customers who have a high volume, in need of multiple purchases. HelloFresh has also been a regular in the television advertising scene, launching several TV ads in the US. In 2020 it launched its New Year 12 Free Meals promotional campaign to celebrate the new year. A year later it launched its Mealtime the Musical 14 Free Meals ad. Throughout the years, the need to invest in marketing has become a necessity for the company as the industry became crowded with competitors. Together with DesignStudio it looked for a way to distinguish itself from the other brands operating in the meal kit delivery space.

An aggressive marketing and acquisition strategy

When we look over the different steps that HelloFresh has taken to claim its dominance in the United States, we see a few key elements. The first being the acquisition spree that HelloFresh has been undertaking to buy up as many competitors in the United States and adding multiple product categories to its portfolio to increase the purchase amount per customers and locking the customer through new products. A second one, which is easily glanced over often in most entrepreneur media outlets, is the insane amount of money that the company has been pouring into marketing.

Over a span of just 5 years it has spent over a billion dollars in marketing efforts. Ranging from television ads, influencer partnerships and free meal promotions. It collaborated with celebrities to create unique offerings and affiliate itself with high end cooking. Optimizing its visual language to stand out from its competitors, becoming more appealing to new and current customers. The question is, when will HelloFresh be able to decouple itself from its marketing spending and keep its current customers, because as it now stands, meal kit delivery companies are losing customers just as fast as they acquire them. Keeping them in a catch 22 situation, where without spending, they cannot remain operational.

How did Pokémon become so popular

The Pokémon company has become a multi-billion dollar franchise. How did the colorful creatures become such a sensation since their launch? The...
Read More 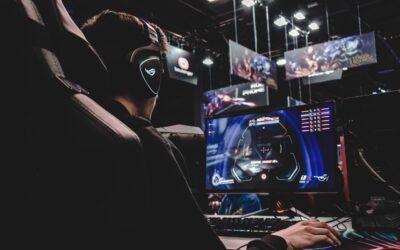 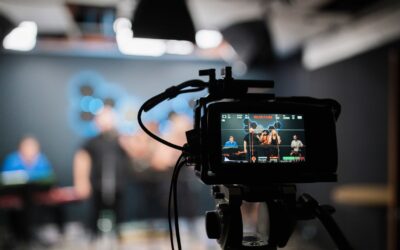 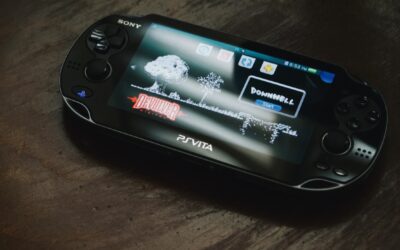