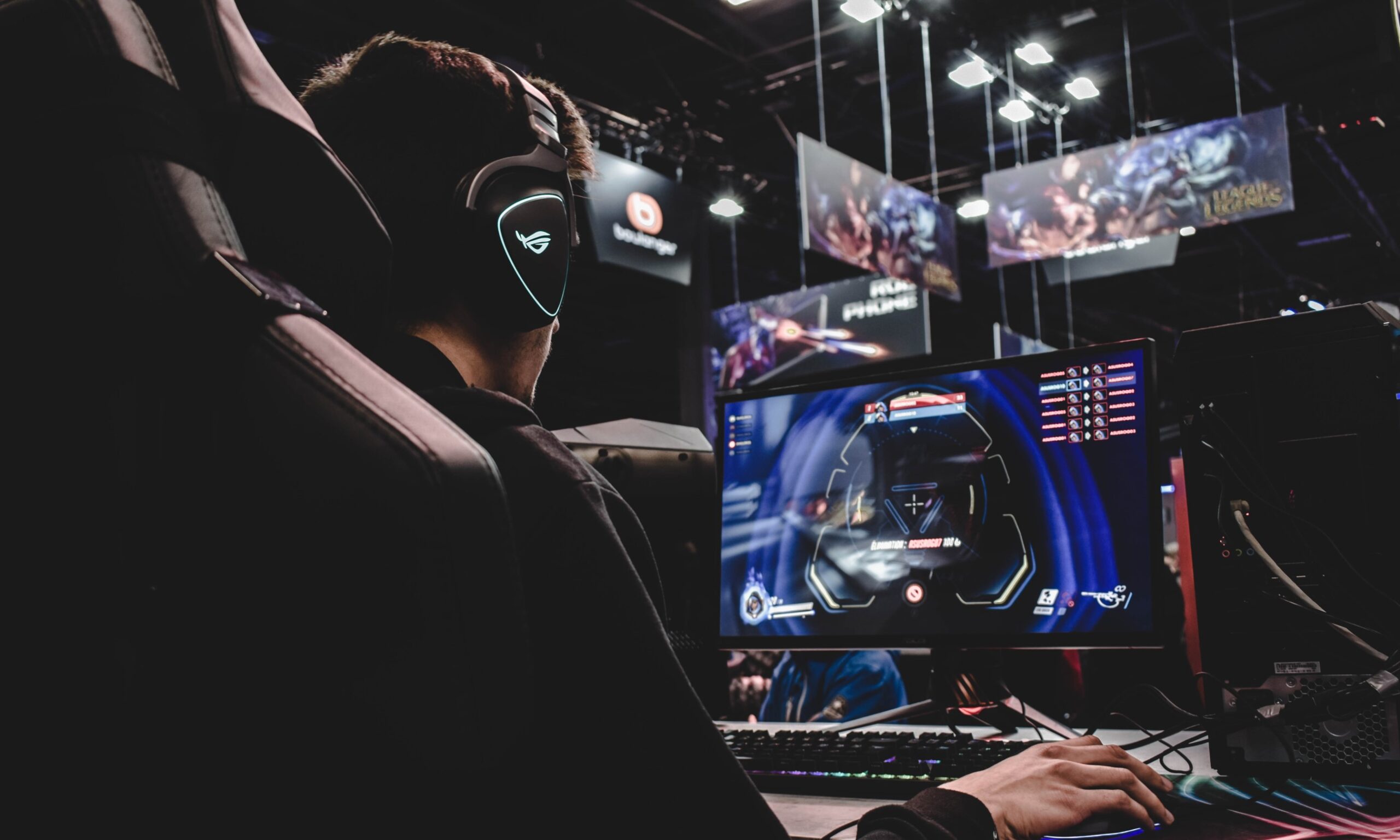 Microsoft wanted to become part of the gaming video streaming market with Mixer. But just a few years in, it pulled the plug.

In June 2020, Microsoft announced it would shut down its gaming streaming platform Mixer. The platform had to compete with platforms such as Twitch and YouTube gaming, but failed to gain any reputable market share. What happened to the platform that Microsoft had been experimenting with for several years?

Amazon starts the battle of the platforms by acquiring Twitch

In 2014, the gaming world was caught off guard when Amazon bought Twitch for $970 million. Twitch would be a valuable asset to Amazon, who would now gain a significant market share in online entertainment. According to figures released by the Wall Street Journal, during peak internet traffic, Twitch accounted for 1.8% of US traffic. The platform also claimed 43.6% of live video streaming in the US, only followed by the WWE with 17.7%.

The race for dominance in online gaming video started to kick into high gear when a year later, Google launched YouTube Gaming, which would serve as a competitor to Twitch. The service would launch globally and have dedicated apps in the United States and the United Kingdom. YouTube was well aware that gaming content on its platform was viewed by hundreds of millions of users and it would be foolish to let the opportunity slide.

Things were moving rapidly in the gaming streaming market and Microsoft couldn’t sit idly by. Microsoft acquired game streaming service Beam in August 2016. In May 2017, Microsoft rebranded Beam to Mixer. Matt Salsamendi, Co-founder and Mixer Engineering Lead, said the name change was a difficult decision for the team, but the name Beam did not reflect the global ambitions the company had for the platform. The name would better represent what the platform stood for, a place for people to come together. On top of the rebranding, Mixer added several new features such as co-streaming, where up to four streamers can combine their streams on one Mixer page. A beta version of its mobile app on iOs and Android, enabling gamers to stream on-to-go, a main channel called Channel One, functioning as a hub with a variety of content and Mixer was added to the Xbox One dashboard.

Microsoft had to take control to boost the Mixer’s popularity as its competitors were gaining momentum. It needed to increase its appeal to streamers to join the platform and subsequently attract users who wanted to watch their favorite players. Microsoft started collaborations with celebrities and dedicated gaming channels to increase brand awareness for Mixer.

In May 2018, Mixer launched a dedicated Rainbow Six Siege streaming Channel. Rainbow Six Siege had an active community of over 30 million players according to Microsoft and over 500 streamers who played the game everyday. Mixer wanted to attract the loyal fan base by adding 5v5 matches, on top of the battle royal mode it supported in HypeZone.

A few months later, Mixer partnered up with hip hop artist Post Malone, where custom Mixer golf carts would cruise around the first ever Posty Fest music festival. The golf carts were equipped with a 40 inch flatscreen television with a customized Xbox One X console which were live streaming enabled. The carts were also tricked out from the outside. They featured 13 inch spoke rims and bottom lighting.  A month later, it invited San Francisco 49ers’ Richard Sherman to play Forza Horizon 4 live on Mixer.

But these efforts proved to be ineffective and Microsoft had to make a bold move. In August 2019, Ninja revealed he would be moving from Twitch to Mixer. The Verge said that Microsoft struggled to keep up with YouTube and Twitch. It needed a breakthrough to gain a competitive advantage to attract users to its platform. The Ninja exclusivity deal was allegedly between $20 million and $30 million, trading his 14.7 million followers for a fresh start. Ninja proved to be hot property with his first stream on Mixer generating an upwards of 76,000 simultaneous viewers. A month after the Ninja announcement, Mircrosoft said it would be rolling out ads for first-party and partnered content. The ads would be served to non Mixer Pro subscription users. In October, Mixer decreased the price for its subscription from $5.99 to $4.99, setting it on the same level as the Tier 1 Twitch subscription. On both platforms 50% of the proceedings go to the certified partners. The drop is a double edged sword when taking into account the drop might attract new subscribers, but can also harm the income of streamers.

In January 2020, Polygon reported that many streamers who were Twitch and trading it for different platforms. Co-founder and SVP of Talent for Loaded, Brandon Freytag, who represents Blevins said to the gaming website that Microsoft was a better fit for the streamer. Freytag also referred to the decrease in the subscription fees as a sign of healthy competition, lowering the barrier to entry and pushing the industry forward. Polygon observed that the opening of a new platform might take away some of the pressure on streamers, who previously had to compete on a single platform to stay relevant to viewers and stream content that was popular, not necessarily what they were passionate about.

The end of Mixer

In the first quarter of 2020, the performance of Mixer looked bleak, with its performance declining rapidly. Figures released by Stream Labs showed that Twitch was responsible for 65% of the total hours of content watched, followed by YouTube Gaming Live with 22%, Facebook with 11% and Mixer just being able to get 2%, which was a decrease of 7.3% compared to the previous quarter. The average number of concurrent viewers also decreased by 5.3%. In terms of hours streamed, Mixer fared much better, with a streaming share of 17%. Nonetheless Twitch reigned supreme with 72% of the total hours watched. The other platforms performed worse with YouTube Gaming Live obtaining 8% of the share and Facebook with 3%. With multiple quarters of lackluster performance, the future of Mixer became clear.

In June 2020, Microsoft officially announced it would discontinue Mixer, where it clarified its vision for the future of gaming. Phil Spencer, Head of Xbox explained that it wanted to focus on creating ‘world-class’ content and expand its Xbox Game Pass subscription service, the launch of the Xbox Series X and improve cloud gaming around the globe. The streaming platform mixer didn’t fit within this strategic vision and it didn’t want to hamper the growth potential of partners and streamers. Microsoft would partner up with Facebook Gaming, to help foster the transition between platforms.

In an interview with The Verge, Phil Spencer said that the platform was behind in terms of monthly active users in comparison to its main competitors. He noted that Facebook would be more capable in reaching larger audiences and attract gamers through its platform. Microsoft considered Facebook a strategic partner for its upcoming xCloud gaming streaming project project, although Microsoft wasn’t able to scale the service compared to Google with its Stadia product. Although at time of writing, the partnership between xCloud and Facebook had yet to take shape. Exactly a year after the announcement of Ninja moving to Mixer, he said he would return to Twitch after the shutdown of the platform.

Despite the promising words of Microsoft that the streamers would find a new home at Facebook Gaming, they were left confused and hurt after the announcement according to the Verge who spoke to several Mixer partners. From the 30 streamers, only one explicitly stated they would move to Facebook. While the sample size is limited, it’s telling for how little backing Facebook had for its gaming platform with streamers doubting how the company would handle privacy, which have been plaguing the network for years.

Even a sign-up bonus of $2,500 didn’t convince streamers, who were considering going back to Twitch. Streamers were disappointed as Mixer offered a unique experience. Streamer Lindsy Wood said to The Verge that she loved some of the amazing features that Mixer had to offer that she wouldn’t be able to find on other platforms.

What did Microsoft get out of Mixer?

In the rapidly moving world of technology, new disruptors might come out of nowhere. Established players are looking for ways to stay relevant. Microsoft saw its competitors betting hard on game streaming. It needed a product that would grab the attention of gamers and a means to plug its Xbox gaming console. But Microsoft was just shaping its strategic vision for gaming and Mixer felt like a panic move, which didn’t receive the attention it needed to make it a success.

Mixer was acquired to not lose out on what could be the next big hit. Unfortunately Microsoft first had to play catch-up, losing focus on building the platform. It tried to affiliate itself with celebrities, organize online events and in a last ditch effort, signed an exclusive deal with Ninja to move his loyal Twitch following to Mixer. While the initial burst was good, all the advertising money in the world can’t nudge an audience when all the action is happening elsewhere.

But to end on a positive note, the Mixer endeavor was not a complete waste of time and money. According to the software company, it helped accelerate its video-first approach, where it learned how to distribute video with ultra-low latency, integrating the technology in its meeting products such as Microsoft Teams.

How did Disney+ grow so fast?

The marketing prowess of this media giant has proven to be successful. But how did they actually do it? It seems that everything that Disney...
Read More

How Samsung dominates the smartphone market

Samsung is one of the largest smartphone companies in the world. How was it able to dominate the... 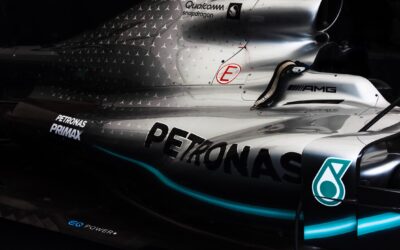 Formula 1 was once a sport for the wealthy elites, but in recent years it has caught up with... 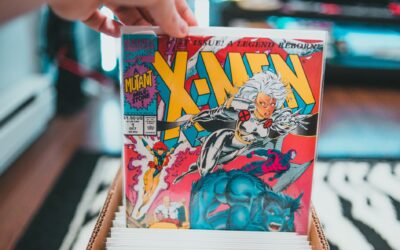 Why Disney bought Marvel for $4 billion

Disney made a calculated bet with Marvel and is now making large profits. How did the Marvel...